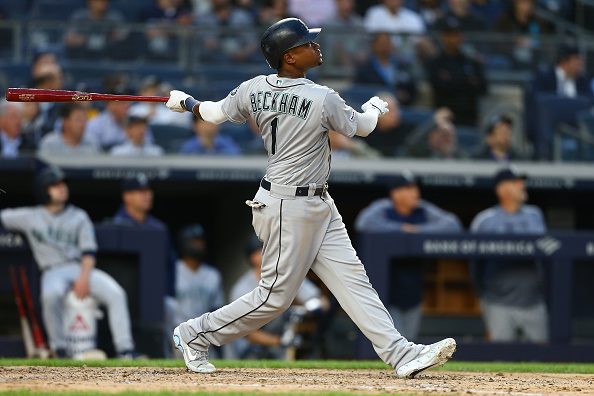 In his hit song “Say Goodbye to Hollywood” singer/songwriter Billy Joel wrote that “life is a series of hellos and goodbyes” and when you really think about it you can actually replace the word life with fantasy baseball season. Over the course of a baseball season how many players do we say hello and goodbye to as we perform our adds and drops and work the waiver wire each week?

How many players have we fallen in love with in this young season and later strongly dislike (we don’t want to use the word hate, after all it’s just a game) when their hot streak comes to an end? Mariners shortstop Tim Beckham was batting .410 with four home runs 10 games into the season. Since then he’s batting .212 with an OBP of .257. Christian Walker was batting .292 with eight home runs and a .943 OPS 39 games into his season. In his next 45 ABs he’s posted a .089/.163/.089 triple slash and a .252 OPS. Mariners outfielder Mallex Smith was looked upon as a mid-round value pick who could help your fantasy team in the always hard to fill stolen base category. By April 30th he had stolen eight bases, but his .165 batting average cost you dearly and he was sent down to the minor leagues. By May 16th he was back in Seattle and is batting .297 with another five steals since being recalled to the big leagues.

The point is, the baseball season is a grind and it not only encompasses a “series of hellos and goodbyes” but it’s also includes a series of hot and cold streaks. You’re going to have a bunch of players on your team that will remain in your lineup every day without question; we’re talking the Mike Trout s and Nolan Arenado s of the baseball world. However, depending on how deep your league is, you’ll probably also have a few players on your team who should be benched or even dropped when they struggle. You should always be on the lookout for that player who’s on a hot streak that can help your fantasy team. Pick them up off the waiver wire (just don’t drop someone too valuable), but monitor their progress. If it looks like the hot streak is over, move on.  Let’s take a look at a few under the radar players who’ve been on a hot streak and can pump some life into your fantasy teams.

If you play in a two catcher league you know how hard it can be to fill that second catcher spot in your lineup. Pirates catcher Elias Díaz was fighting a virus for much of the spring and didn’t make his first start of the season until April 22. However, he entered Thursday’s action batting .385 with a .405 OBP in his last 11 games. With Francisco Cervelli batting just .193 and Diaz swinging a hot bat, he should get regular starts for the near future and is widely available on most league waiver wires. 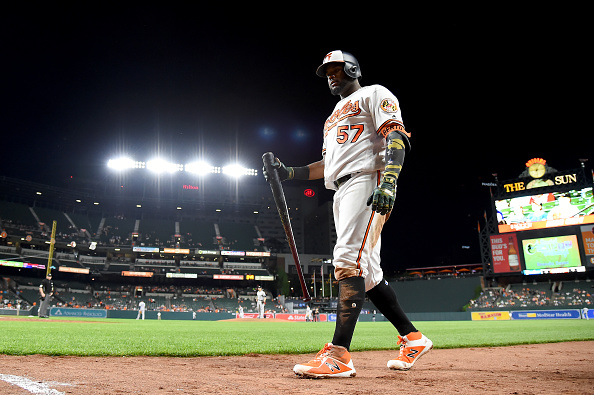 DFS players should familiarize themselves with Orioles second/third baseman Hanser Alberto . He’s often a cheap option and has been very effective against left-handed pitching. Alberto is batting .403 against southpaws this season.

Twins outfielder Max Kepler is batting .280 with 12 home runs this season but he’s been on fire of late. Over his past nine games he’s batting .474 with a 1.406 OPS and he’s driven in 15 runs during that stretch.

Pirates outfielder Bryan Reynolds is owned in less than two percent of ESPN fantasy baseball leagues. Entering Thursday’s action he was batting .386 with four home runs and 12 RBI over his past 13 games. He has also posted a .471 OBP across that time period.

Rays outfielder Kevin Kiermaier ’s injury history has hurt his fantasy value and production over the years, but he’s posted double digit stolen base totals for five straight seasons (that includes this season as well). Across a full season, if healthy, he could potentially provide your fantasy team with 15 plus home run and 15 plus stolen base production. He’s on a mini hot streak of late, posting a .333 batting average while smacking three home runs and stealing four bases over his last 11 games.

As we turn our attention to some pitchers who might provide your fantasy pitching staff with a little lightning in a bottle, one name to consider is Braves starter Julio Teheran . He’s compiled a 3.53 overall ERA and Teheran has been virtually untouchable in his last five starts. During that time frame he’s pitched to a 0.98 ERA and his BAA is just .128.

Angels rookie starting pitcher Griffin Canning has a 1.00 ERA in his last three starts. He’s pitched a total of 18 innings in those starts, striking out 15 batters while walking just three.

Padres starter Eric Lauer has given up just one run in each of his last three starts. He’s pitched a total of 18 innings in those starts, and he’s struck out 15 batters without yielding a single walk.

Sticking with pitching, as discussed in previous articles, constructing a competitive fantasy pitching staff seems to get harder and harder each season in this modern live ball era. Entering Thursday’s action the cumulative ERA among all MLB pitchers stood at 4.40. Last season it was 4.15. In 2010 it was 4.10. Simply put, pitchers are being manhandled. Part of the reason is that the baseball being used in today’s game is undoubtedly juiced. Another reason is that hitters are being encouraged to swing for the fences. Small ball is dead…for now. Hitters have been reworking their swings so that they can find that perfect launch angle that will help them clear the fences. If you watch baseball highlights these days it seems all you see are balls flying out of the park. One other thing it seems we’ve been seeing a lot of this season is highlights of benches clearing in response to batters getting hit by pitches. Are batters getting hit by pitches at a higher rate than past seasons? Is this a real trend? Well, it seems so.

As per baseballreference.com the per-game rate of batters getting hit by pitches has increased in each season since 2015.

The fact that a higher rate of batters are being plunked by pitches shouldn’t surprise us. Pitchers are fighting for their livelihoods out there and pitching high and tight is just one of the defense mechanisms at their disposal, and they’ll continue to use it in order to help them gain any advantage that they can. Will the trend continue? If there’s one thing we baseball fans have learned, it’s that the game is cyclical. We’ve seen periods where the hitters have had the advantage. We’ve seen periods where the pitchers have had the advantage. It’s likely that the only constant that we can expect from the game of baseball is that it will continue to change and hopefully evolve.