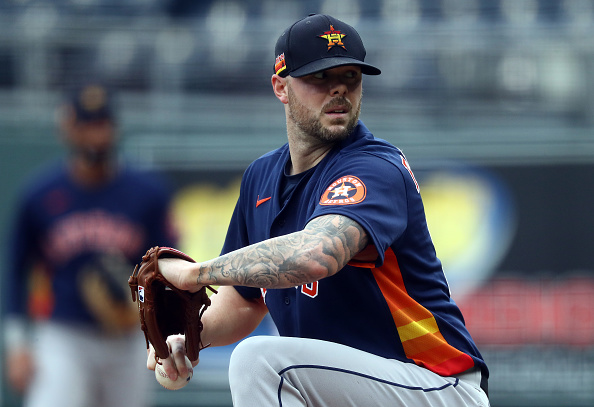 It’s been a weird week, there’s no denying that. Shohei Ohtani won’t pitch again this season after suffering an elbow injury. Rich Hill is hurt again, but is anybody really surprised by that? Mike Soroka tore his achilles Monday night which absolutely stinks on ice since it happened the day before his 23rd birthday. To make matters worse for Soroka, that could end his 2021 season as well, but he’ll likely miss a heavy portion of the first half of next season. And on the closer side of the spectrum, Roberto Osuna needs Tommy John surgery and like Soroka, his 2021 campaign is in jeopardy as well. So we have some immediate adds that we need to make while touching on some other trendy players as well.

Ryan Pressly (HOU – RP) Pressly stands to be the immediate replacement for Robert Osuna as the Astros’ closer. He’s only made one appearance on the season, which was last Saturday. He does have a cut on his thumb that might delay his opportunity a bit. However, the Astros released a statement that they aren’t overly concerned about the thumb injury. We should have more clarity on the short-term solution Wednesday night if the Astros find themselves in a closing situation, but Pressly is the logical player to grab as of right now.

Jo Adell (LAA – OF) The Angels promoted Jo Adell earlier this week and he made his debut on Tuesday where he hit seventh and went 1-for-4. The move also comes with Mike Trout coming back from paternity leave and Brian Goodwin is still hitting the ball pretty well. It’s still a little unclear how much playing time Adell will get right away. Justin Upton has struggled so far and it’s possible they move him to DH and get Adell more starts, but the pedigree is there for Adell. He’s a top prospect with some pop in his bat so he’s already a trendy waiver option in that regard. 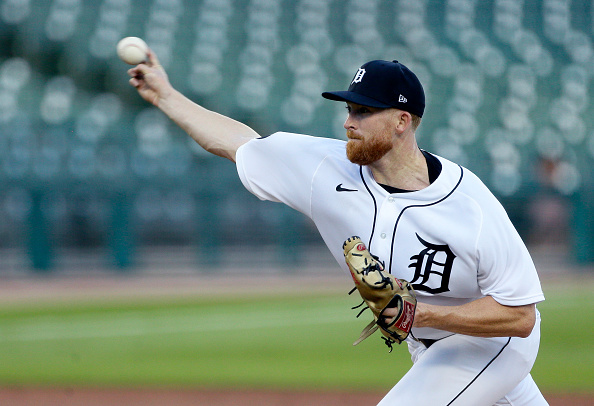 Spencer Turnbull (DET – SP) I’ve mentioned Turnbull previously as a pitching option to grab and he’s looked good through two starts. The downside is that his next start will likely be pushed because Detroit’s series against St. Louis has been postponed since 13 members of the Cardinals organization tested positive for COVID. However, the Tigers have a series coming up against Pittsburgh and outside of Colin Moran , the Pirates are struggling to hit as a team. Matthew Boyd is slated to start on Friday and if he’s available in your shallow leagues he should be an instant add. Depending on who gets the other two starts, they may be worth adding as well. Turnbull has 14 strikeouts in 11 innings of work (both starts came against the Reds). Iván Nova is another candidate that could be graced with a start against Pittsburgh as well, and he’s worth streaming as well.

Brandon Lowe (TB – 2B) Lowe has a RBI in four straight games and seven of his dozen hits on the season have gone for extra bases including a pair of home runs and triples. He’s regularly hitting at the top of the order and the Red Sox are throwing Martín Pérez out on to the mound Wednesday night and Perez has been prone to allowing runs through two starts. I expect that trend to continue on Wednesday.

Wil Myers (SD – OF) Myers has always been a bit of a streaky hitter, but the Padres are sitting at 7-5 and he’s a big reason why. He has eight extra base hits including three home runs in his last ten games with a 1.045 OPS on the year. He should be back in the lineup on Wednesday against Ross Stripling . Myers is 6-for-13 with two doubles and two stolen bases against Stripling in his career.

Rowan Wick (CHC – RP) The Cubs have not officially removed Craig Kimbrel from the closer role, but with Wick earning saves on Saturday and Monday, it’s within reason that David Ross is entertaining the idea. I don’t know if it will always be Wick getting the saves going forward, but Kimbrel has struggled in his brief appearances in 2020 and he struggled a lot last year as well. Jeremy Jeffress earned a save last week as well, but Wick has more of a “flavor of the week” vibe to him. I’ll lean Wick for now due to the recency bias. We’ll see what happens Wednesday night. For what it's worth, Kyle Ryan earned the save Tuesday night after Kimbrel struggled yet again. Take it with a grain of salt as Wick had previously pitched Saturday and Monday. I still think Wick is the guy.

JP Crawford (SEA – SS) He’s on a bit of a brief skid right now as he’s 1-for-14 so far in August, but let’s be a little patient and see if the plate discipline he showcased in July returns. He has a couple triples and a pair of steals already and he’s still getting plenty of playing time. If the cold streak persists then you can drop him, but he looked very good not too long ago.

Luis Patiño (SD – SP/RP) I may be playing with fire mentioning two elite prospects in one waiver article, but desperate times call for desperate measures. This has become a season where we’re seeing multiple postponements every day and we’ve seen our share of injuries this week. This kid isn’t even old enough to drink, but he showed elite strikeout potential at every level of the minors during his development. He’s mostly a deep league add right now because he won’t start right away and he’ll likely get tossed in for immediate relief help. But he can aid the strikeout numbers in deeper leagues while also stealing a win or two if he pitches slightly-longer in relief. The Padres believe he can help them get even better so they’ll assist him in getting his feet wet first. 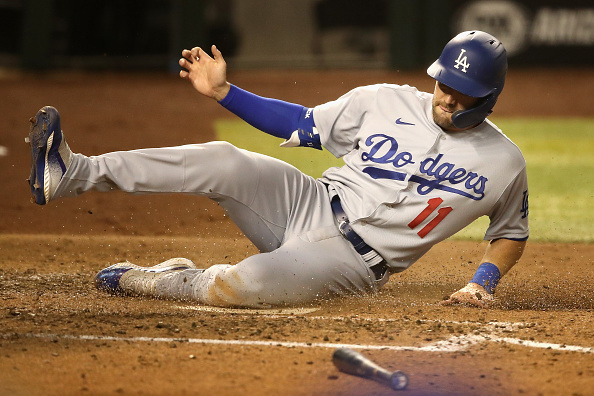 AJ Pollock (LAD – OF) I hate to include so many outfielders, but Pollock is one to grab in deeper leagues. For most of the season he was hitting in the middle or bottom portion of the order. Tuesday night he came in to pinch hit at the top of the order and hit a double and a home run. He now has three home runs in the last week and he’s slashing .364/.417/.758 on the young season. I’ve said it once and I’ll say it again, take advantage of hot streaks this year. Pollock is seeing the ball well and he’s getting on base no matter where he hits in the lineup.

Cristian Javier (HOU – SP) You get the sense that Javier is on a start-by-start basis with Houston, but he keeps earning chances to toe the rubber. A week ago he looked really good against the Dodgers and then followed that up with another decent performance against Arizona, although he wasn’t nearly as dominant last night against the Diamondbacks. In 11.2 innings of work in his two starts he’s allowed just six hits and two walks. So he’s earned another start this coming Sunday against the Athletics, who lead the AL West due to their four-game winning streak. He’s not an awful streamer this weekend if you need to chase some pitching statistics.