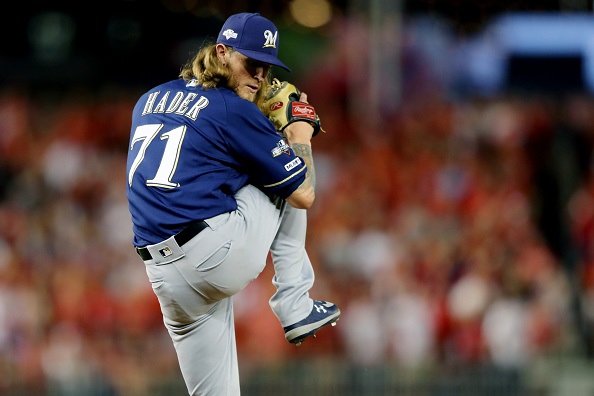 In real baseball there are all types of relief pitchers though the new inning limit rules will certainly limit the use of lefty or right specialist (though I mourn the loss of a great baseball term in LOOGY). When it comes to fantasy baseball, there are really only four types of relievers that matter to us.  And that’s what this series will cover.

Locked In Closers who are already set in stone as the team’s closer and aren’t likely to lose the job in outright competition.

Probable Closers who are either shaky incumbent closers or projected opening day closers who have a greater chance of losing their job without injury.  This includes closers on bad teams at risk of being traded at the deadline into a possible set-up role.

Closers In Waiting who aren’t slated to start as closer but might have the stuff needed to close out games and could potentially take the job outright.

Holds Monsters who are locked into a high leverage set up role where they aren’t likely to steal the closer job but will rack up holds from their position in the pen.

Regardless of your format, the info from this series will put you in a better position to dominate your league.  If you don’t want to deal with the relief pitcher carousel then don’t punt on saves or “wait ‘til later” – grab some locked in guys and put it on cruise control.  Or if you always have your ear to the grindstone for the next guy to make the jump into the closer role, shoot for some probable closers and just know who’s waiting in the wings.  And if you are in a saves + holds or a league with just holds as its own category, forget the saves themselves and just go right for the monsters that rake holds and crush ratios that everyone else sleeps on.

In this first article we’ll give you the easiest of the bunch – the Locked In Closers.

Given the criteria for this article, we were tempted to not have Hader at the top simply because he’s technically not always used as the “closer”.  And that’s technically true to the point where he actually lost money in arbitration because he was too valuable to only be used for one inning.  But just looking at the 281 strikeouts on a 47.2% K rate over the last two years, he is helping your fantasy team even if he’s not getting saves so he simply needs to be at the top.  Or I’ll get yelled at on Twitter.

Kirby Yates on the other hand is what we are talking about when we say “Locked In Closer”.  Since the Padres traded Brad Hand at the deadline in 2018 making Yates the de facto close, Yates has the second best ratios only to Hader and the second most saves only to Roberto Osuna during that span.  He also sports a 1.67 ERA over the last two years compared to 2.52 for Hader so, if your league heavily values the actual saves themselves, we wouldn’t blame you for waiting for Yates.  He’s dialed in. 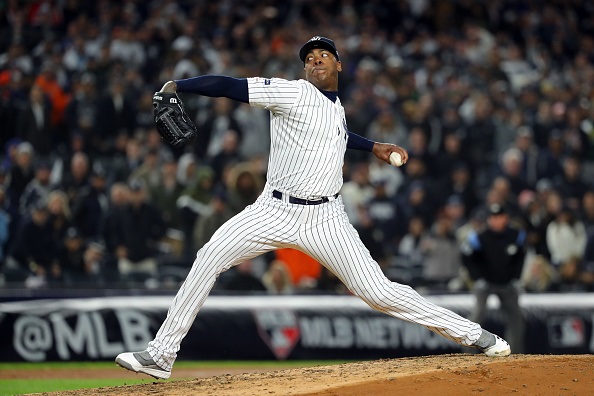 This tier is where the questions start but it’s not a question about who the closer is with the Yankees.  That’s Chapman.  And he’s the closer on a team with an over/under set by Vegas above 100 wins in an organization known for it’s “old school” way of doing things which includes handing the ball to the set-up guy who hands it to the closer.  The only question is about his velocity and his K rate which have been leaking in recent years.  That said, it wasn’t in issue for him saving 37 games last year so, barring an injury, he’s as safe as they get.

A trend I’ve noticed so far in early mocks or composite industry leagues like The Great Fantasy Baseball Invitational is that Astros players are being faded.  And there’s not doubt there will be a lot of negativity surrounding the team.  But the bottom line is that their core is intact, Vegas still thinks they’ll win 94 games, and Roberto Osuna is set to be the guy slamming the door on the close ones.

Jansen reportedly went to the trendy advanced metric clinic Driveline in the offseason to work on his cutter as the velocity has dropped over the last couple years, hitting a career low with an average around ~91 MPH last year.  Well, it seems he at least feels a bit more invigorated as, per Dave Roberts and CBS, he came in to camp last year throwing 85 to 87 MPH and this year he was clocking 92 to 93 MPH in his first outing.  He’s never really been a high velocity guy anyway but he has been a dependable closer for the Dodgers for years and, this year, Vegas has their over/under at 101.5 games.

Now that we’re out of the most reliable guys we can get into some of the more fun picks – a lot of who were fun pickups that won you leagues last year.  And what’s more fun than a 30 year old reliever coming seemingly out of nowhere to have a 1.87 FIP (second only to Kirby Yates ) and 124 strikeouts (second only to Josh Hader )?  The reason he’s not higher is we’ve had plenty of one-hit-wonders, including former teammate Blake Treinen who he replaced.  The good news is Treinen himself is now gone and there’s not much behind him threatening his job.

Nothing in particular amazes us about Taylor Rogers but he checks the two main boxes when it comes to saves: he’s the incumbent closer with little competition behind him and, most importantly, his team is good (over/under 92.5 wins via Vegas).  He swing and miss stats leave something to be desired but, despite his short time in the role, he’s oddly safe.

Terry Francona was probably the biggest proponent of using one out spot relief guys, deploying Adam Cimber and Oliver Pérez at will to face one batter at a time before Hand closed it out.  The concern now is that Terry continues a matchup-based approach despite the three hitter requirement which could lead to a wider disbursement of saves.  That said, Hand is safely penciled in at back of the rotation and the team should win a decent number of games so the upside is there.

If you are saves-driven (as this article is) then nothing makes you feel warm and fuzzy about your closer than a set-up man who doesn’t want to even be the closer in Seth Lugo .  That said, Diaz hasn’t been without his struggles so not only could Lugo, Jeurys Familia , or Justin Wilson steal some spotlight, but in walks Dellin Betances who has shown in the past he has the stuff to close out games averaging ~121 strikeouts per year over five seasons before an injury shortened year last year.  We have Diaz at closer nine still because you cannot forget his magical 2018 when he was the best in the game.

This one is simple for us – it was a lost year for Kimbrel after being humbled by the market then he attempted a mid season jump start at a position deeply based in routine.  That’s not easy.  But he has a track record of doing this job under some of the biggest lights and that’s what the Cubs brought him in to do so he will get every chance to prove it.  And, at his best, he can be fantastic.