Adam Ronis takes a look some of the more notable training camp battles heading into the 2020 season. 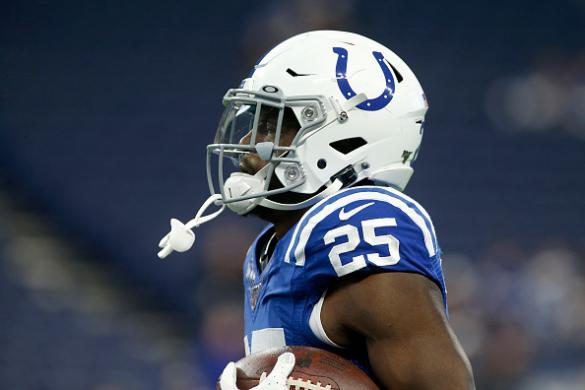 Opportunity is extremely important in fantasy football. Often times there are talented players in situations that don't result in enough volume. Training camp battles are important to determine who gets more volume or targets and it will be challenging this year due to the coronavirus and the likelihood of no preseason games. It becomes more challenging for rookies to make an impression on the coaches. Here are some of the interesting position battles to monitor.

Trubisky was selected with the second overall pick in the 2017 draft and has been a disappointment. He was 28th in quarterback rating last season. The Bears declined to pick up his fifth-year option and traded for Foles, who is familiar with this system and many of the coaches, including Matt Nagy, who was with Foles with the Eagles and Chiefs. The Bears are paying Foles a good amount of money and he might have the edge to start if he plays well in training...

J. Landry - WR
CLE
Browns activated WR Jarvis Landry (hip) from the active/PUP list.
The reports on Landry's recovery from hip surgery have been positive all offseason. Landry's status for Week 1 has been in some doubt but coming off the PUP list this early is a good sign. He led the Browns with 83 catches and 1,174 yards in 2019. Landry's presence in the slot will be crucial to Baker Mayfield's improvement in his third season.
Added Yesterday 4:36 pm (EST)
Added Yesterday 4:36 pm (EST)

M. Stewart - DB
TB
Browns claimed CB M.J. Stewart off waivers from the Buccaneers.
Stewart was a second-round selection by the Bucs in 2018 but struggled to stay healthy or make an impact on the field. He missed 11 games across two seasons. Stewart started six games in Tampa Bay and recorded five passes defended. He will need to make a big splash in camp to have a shot at cracking Cleveland's 53-man roster.
Added Yesterday 4:29 pm (EST)
Added Yesterday 4:29 pm (EST)

R. Louis - WR
MIA
Dolphins signed WR Ricardo Louis.
Miami cut Louis in July but Allen Hurns and Albert Wilson have opted out of the season since his departure. Louis signed with the Dolphins in 2018 but missed both of his two seasons with the team due to injuries. Jakeem Grant's experience in Miami makes him the best option to be the third receiver. Louis will contend with the likes of Isaiah Ford and Mack Hollins to start the year as Miami's fourth option.
Added Yesterday 3:47 pm (EST)
Added Yesterday 3:47 pm (EST)

A. Robinson - DL
LA
Rams placed DL A'Shawn Robinson on the active/NFI list.
The Rams signed Robinson to a two-year deal this offseason. Detroit selected him with the 46th overall pick in 2016 but he posted just five sacks in four years with the Lions. Robinson's injury is not yet known. Sebastian Joseph-Day started alongside Aaron Donald in the trenches last year and is in line for that role again if Robinson misses time.
Added Yesterday 3:40 pm (EST)
Added Yesterday 3:40 pm (EST)