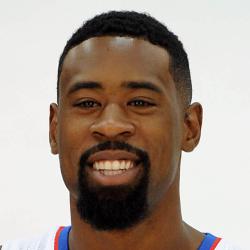 DeAndre Jordan went 4-of-4 from the field and 1-of-1 from the stripe for nine points, 12 rebounds, two assists and two blocks through 29 minutes as a starter on Wednesday.

With Wednesday's blockbuster trade that sent Jarrett Allen packing to Cleveland, DJ jumped from fringe rotation player in Brooklyn to their full-time starting five-man. It's possible that Nicolas Claxton (knee) could eventually push him for minutes towards the second half of the season, but Claxton still isn't close to a return, leaving DJ without a true backup at his position. He's past his prime, but he should be able to do enough with the boards and blocks to warrant some attention in 12-team leagues. Jan 13 10:10 pm (EST) 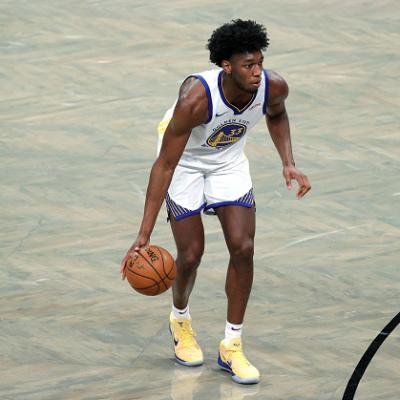 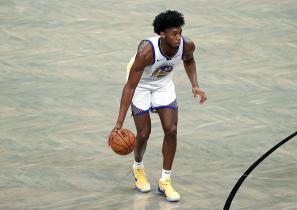 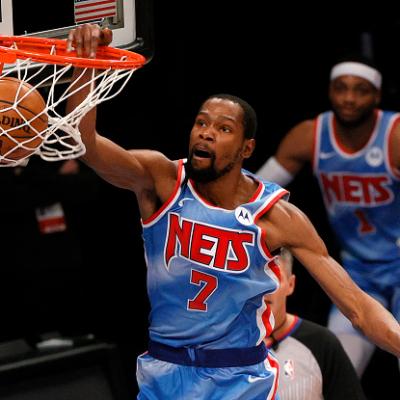 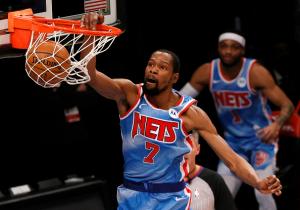 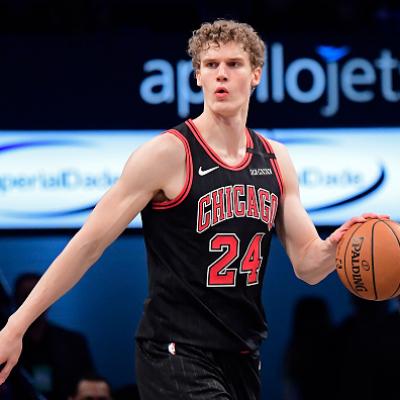 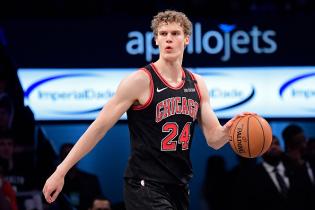 C. Johnson - PF
PHX
Monty Williams implied that Cameron Johnson will be the Suns' starting power forward moving forward.
Williams said he liked the "spacing and pace" with Johnson in the starting unit, as opposed to Jae Crowder, and he added that he liked what he saw with Crowder in the second unit. Johnson won't wow you, but if you need a cheap source of efficient scoring and triples he could be your guy.
Added 4:00 pm (EST)
Added 4:00 pm (EST)

A. Aminu - PF
ORL
Al-Farouq Aminu (right knee surgery) practiced non-contact on Tuesday but he's doubtful for Wednesday's game vs. the Wolves.
Even non-contact work is a major milestone for Aminu as he recovers from a second knee surgery he had performed in early December. He hasn't played in over a year and has no obvious path to fantasy relevance.
Added 2:50 pm (EST)
Added 2:50 pm (EST)

M. Carter-Williams - SG
ORL
Michael Carter-Williams (left foot) is doubtful for Wednesday's game vs. the Wolves.
The good news is that MCW is one step closer to playing, having gone through a non-contact practice on Tuesday. He's never been a strong per-minute fantasy option, so he's only a speculative add in deep leagues as a backup to rookie starter Cole Anthony.
Added 2:47 pm (EST)
Added 2:47 pm (EST)

A. Len - C
TOR
The Raptors waived center Alex Len on Wednesday.
Len was recently added to the league's health and safety protocols list, but that's unlikely to have been Toronto's motivation for parting ways. He averaged just 10.9 minutes in seven games this season, including two starts, and never made a lasting impression in coach Nick Nurse's rotation. In a league increasingly emphasizing small-ball lineups and centers who can shoot and/or switch defensively, Len doesn't exactly fit the mold.
Added 2:42 pm (EST)
Added 2:42 pm (EST)

E. Fournier - SG
ORL
Evan Fournier (back spasms) is doubtful for Wednesday's game vs. the Wolves.
Fournier did go through a non-contact practice, at least, so it doesn't sound like he's too far away from playing. His return would be welcome news for an Orlando team struggling without Markelle Fultz (knee), and he'll likely have more ball-handling duties than usual upon his return.
Added 2:38 pm (EST)
Added 2:38 pm (EST)

K. Oubre - SF
GSW
Kelly Oubre played more with the second unit during Monday's comeback win vs. the Lakers, and coach Steve Kerr intends to continue that approach.
Kerr wanted to shake Oubre out of his early-season slump, as he's currently 36.6% from the field but made critical plays at both ends of the court to pull out Monday's victory. "Maybe activate him, get him more aggressive, get him more involved," Kerr said. Getting the ball in Oubre's hands more often should pay dividends for fantasy managers, so this qualifies as great news.
Added 2:24 pm (EST)
Added 2:24 pm (EST)

G. Whittington - SF
DEN
Nuggets rookie Greg Whittington had left knee surgery on Tuesday and will be re-evaluated in 4-6 weeks.
It was relatively minor arthroscopic surgery, so hopefully Whittington will be back to full strength within a few months. He's not in the Nuggets' rotation anyway, so they can afford to be extremely thorough with his recovery.
Added 2:21 pm (EST)
Added 2:21 pm (EST)

D. Gallinari - PF
ATL
Danilo Gallinari (right ankle sprain) is "moving well and moving better," but he remains without a target return date.
That quote is from coach Lloyd Pierce, echoing his comments from the weekend. Gallo has begun contact work, so the next step should be progressing to 3-on-3 and 5-on-5 work. When he does return, expect his minutes to be limited while his conditioning improves after an extended absence.
Added 2:18 pm (EST)
Added 2:18 pm (EST)