Austin Rivers went off in Sunday’s win over the Kings, scoring a career-high 41 points (14-of-20 FGs, 7-of-8 FTs) with six rebounds, four assists, two steals and six 3-pointers in 33 minutes.

Rivers had the game of his NBA career Sunday night, as he and the Rockets took care of a Kings squad that was officially eliminated from playoff contention during the game (Portland’s win was the reason). Prior to this outburst, he had not scored 30 points in a game since joining the Rockets. No Russell Westbrook and Eric Gordon due to injuries has freed up shots for the likes of Rivers, and boy did he take advantage of the opportunity. Even when those two players return he’ll factor into the perimeter rotation, and Rivers will have increased fantasy value in these final seeding games.  Aug 09 10:25 pm (EST) 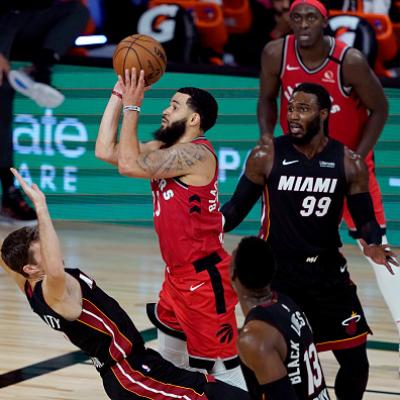 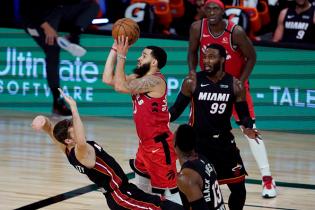 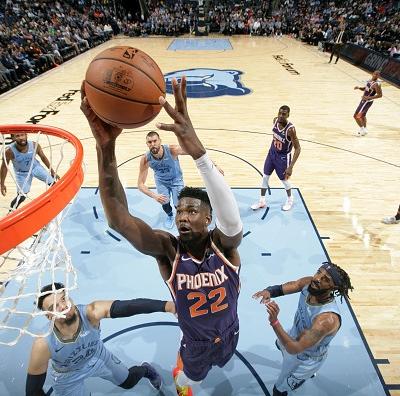 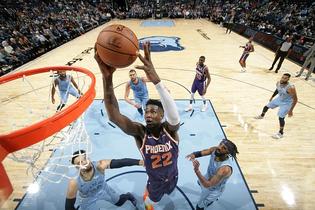 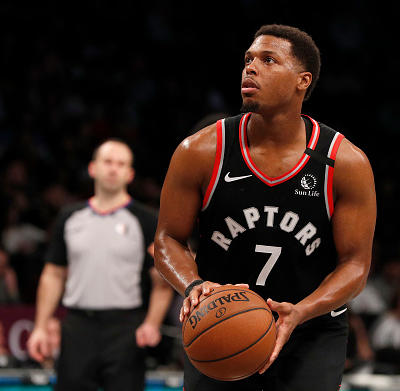 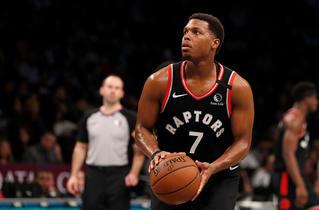 R. Tucker - SG
UTA
Rayjon Tucker hit 6-of-12 shots, a 3-pointer and 5-of-5 free throws to lead the Jazz with 18 points, two rebounds and one assist in Thursday's meaningless 118-112 win over the Spurs.
The Spurs were eliminated from the playoffs before the game started and both teams went with a G-League lineup, at least after the first half. Jarrell Brantley and Georges Niang were both fun and scored 13, while Jordan Clarkson, Donovan Mitchell, Ed Davis (who was injured during the game), Nigel Williams-Goss and Mike Oni all scored in double figures tonight. The Jazz lineup will, obviously, look a lot different when the playoffs start on Monday.
Added 8:58 pm (EST)
Added 8:58 pm (EST)

D. Murray - PG
SAS
Dejounte Murray hit just 5-of-14 shots and missed both his 3-pointers but finished with 12 points, 14 rebounds and seven assists in Thursday's 118-112 loss to the Jazz.
He also had six turnovers, but tied his career high with the 14 boards. The Spurs found out they were eliminated from the playoffs just before this game started so it turned into a Summer League game and the lineups didn't come out until the game was underway. This is the first Spurs postseason miss in 22 seasons and since 1997. You also have to wonder if this was Gregg Popovich's last game as head coach of the Spurs. Keldon Johnson led the way with 24 points, while Luka Samanic, Jakob Poeltl, Lonnie Walker, Chimezie Metu and Marco Belinelli all scored in double figures for the Spurs.
Added 8:47 pm (EST)
Added 8:47 pm (EST)

M. Bamba - C
ORL
Mo Bamba will not play for the Magic on Thursday, according to coach Steve Clifford.
Clifford says he'll play 10 guys and that it will look like a "preseason game." Gary Clark and Khem Birch could make some noise, but trying to predict which Orlando players are going to go off in fantasy tonight will not be easy.
Added 8:39 pm (EST)
Added 8:39 pm (EST)

C. LeVert - SG
BKN
Caris LeVert, Garrett Temple, Joe Harris, Rodions Kurucs and Jarrett Allen will start for the Nets on Thursday.
Jacque Vaughn says he's not planning on limiting starters' minutes in hopes of getting them ready for the playoffs, which start on Monday. But if the game gets out of hand, it would not be surprising to see some of these guys get a rest.
Added 8:35 pm (EST)
Added 8:35 pm (EST)

D. Lillard - PG
POR
Damian Lillard, C.J. McCollum, Carmelo Anthony, Zach Collins and Jusuf Nurkic will start for the Blazers on Thursday.
The Blazers are going to go all-in to win this game and claim the No. 8 seed prior to Saturday's play-in game and the starters are going to go hard. Feel free to ride all of them, including a struggling McCollum.
Added 8:16 pm (EST)
Added 8:16 pm (EST)

J. Hart - SF
NOP
Frank Jackson, Nickeil Alexander-Walker, Josh Hart (knee), Nicolo Melli and Jaxson Hayes will start against the Magic on Thursday.
It looks like Lonzo Ball will be getting the night off and NAW will be replacing E'Twaun Moore (who may also be headed for a rest day) in the first unit. Hart was being listed as questionable heading into this one, so it's possible his minutes will be limited.
Added 7:31 pm (EST)
Added 7:31 pm (EST)