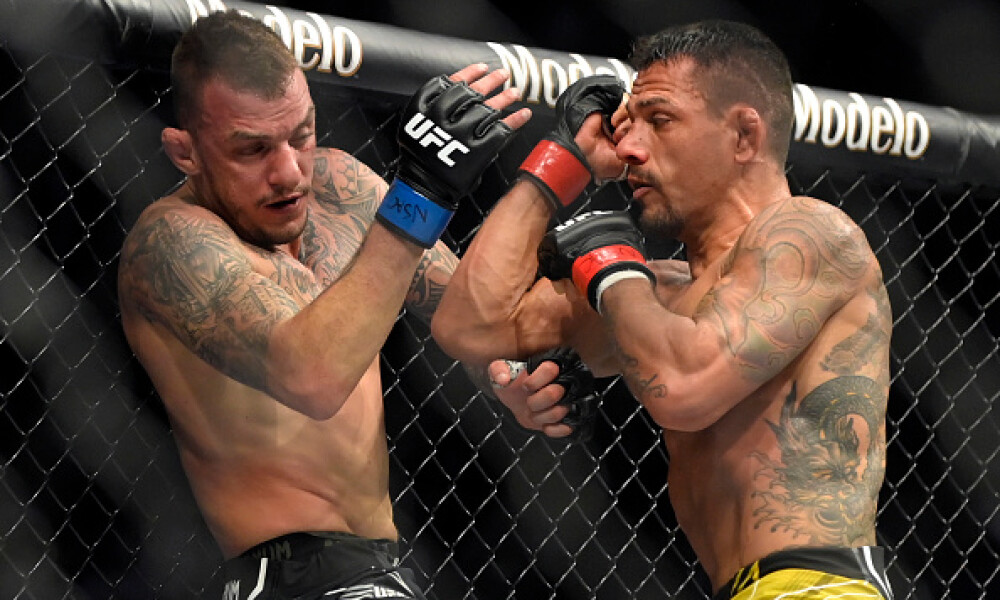 We’ve got a pretty solid offering from the UFC on Saturday, July 9th with this UFC Vegas 58 Fight Night card. The main event between Rafael dos Anjos and Rafael Fiziev headlines the action for our MMA DFS lineups. Despite being on the heels of a PPV the promotion emptied the tank for, this weekend's fight card includes plenty of entertaining matchups to build UFC daily fantasy lineups. There figure to be action-packed fights with tons of potential finishes, which should make our UFC DFS contests even more interesting. Let's take a closer look at the UFC Vegas 58 fight card before your dive into MMA daily fantasy this weekend. Check out the current UFC odds to determine which fighters could be MMA DFS top plays.

Who's on the UFC Vegas 58 card this week?

This card has some hopeful up-and-comers looking to establish themselves in the eyes of fans and the UFC brass. Rafael Fiziev looks to continue to show he’s a force to reckon with and may be on the verge of title contention. Young guns like David Onama, Ronnie Lawerence, and Said Nurmagomedov are also working to show they deserve step-ups in competition.

Where can I play fantasy MMA for UFC Vegas 58?

What UFC Vegas 58 coverage will there be on Fantasy Alarm?

The MMA DFS Playbook comes out late in the week after weigh-ins. You can find fight picks, odds, stats, and breakdowns all in one place. It's the premier place to start your fantasy MMA lineup research.