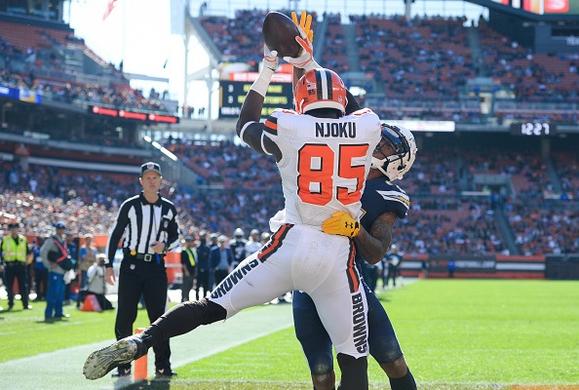 The 2019 preseason is officially underway for all NFL teams as they have all seen their first game action this past week.  Fantasy GMs need to remember not to draw any significant conclusions from just one preseason game.  The key to the preseason is making sure players stay healthy and avoid any type of significant injury.  GMs should try to do their league drafts as late as possible so we know with more certainty what the status of players will be rather than unnecessarily panicking too early because of an insignificant injury.  So without any further ado, let’stake a look at some of the walking wounded in the fantasy football emergency room.

The Texans did not waste much time replacing D’Onta Foreman as they acquired Duke Johnson from the Browns to serve as Lamar Miller ’s understudy.  Johnson joins Houston without being 100% healthy, as he is dealing with a hamstring injury that will sideline him for the team’s second preseason game this weekend against the Lions.  Johnson was very productive catching passes out of the backfield last year as he had 47 receptions for 429 yards and three receiving touchdowns.  He should play a big role in Houston’s offense and is certainly worth owning as Miller’s handcuff. 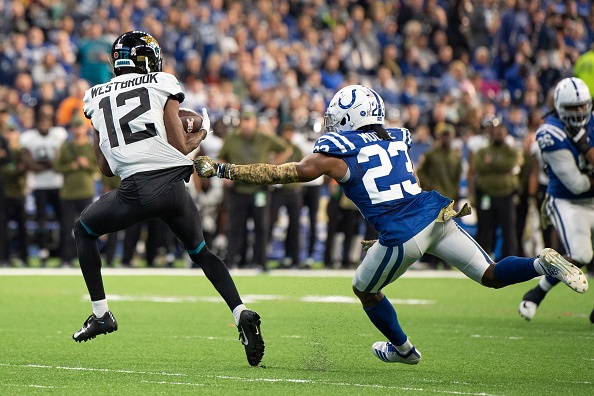 Expectations are high for Jacksonville wide receiver Dede Westbrook heading into the 2019 season.  He was the Jaguars’ top wide receiver last year and is expected to have a big year with Nick Foles now under center for Jacksonville.  Westbrook has missed some practice lately with soreness in his groin and the Jaguars will be extra cautious with him during the preseason.  He is coming off a 2018 season in which he was targeted 101 times and caught 66 passes for 717 yards and five touchdowns.  Fantasy GMs should not be concerned about this injury as he is expected to be just fine for the regular season.

Browns tight end David Njoku is dealing with a knee injury which cost him practice on Monday.  The injury does not appear to be serious but his status for Cleveland’s second preseason game could be in jeopardy as the team will understandably want to be cautious with him.  Njoku had a disappointing 2018 season in which he caught 56 passes for 639 yards and four touchdowns.  However, he is expected to improve on those numbers this year with the addition of Odell Beckham , Jr. as well as another year of maturity for quarterback Baker Mayfield .

Veteran wide receiver Jermaine Kearse will miss the entire 2019 season with a broken left leg as well as other injuries to his left ankle.  This was a horrific injury and could mean the end of his career as he was vying to be the Lions fourth wide receiver.  Kearse had a pedestrian season with the Jets last year catching 37 passes for 371 yards and one touchdown.  He can be removed from all draft rankings and his absence now shines a brighter light on the need for Kenny Golladay , Marvin Jones and Danny Amendola to stay healthy for Detroit.

The Eagles offense is clearly well-suited for tight ends as Dallas Goedert made people forget about Trey Burton very quickly.  He caught 33 passes for 334 yards and four touchdowns as Zach Ertz ’s backup last year and is expected to see a good amount of playing time this year in two-tight end formations.  He is dealing with a calf injury and is considered week-to-week right now.  The injury does not appear to be serious even if he does miss some game time during the preseason.  As of now, Goedert’s status for Week 1 is not in jeopardy and GMs should take a flier on him in the later rounds as a backup tight end with upside.

Green Bay is undergoing a transition at the wide receiver positon as they plan on relying on younger and less established options behind Davante Adams .  One of those options is second-year receiver Equanimeous St. Brown who played in 12 games last year catching 21 passes for 328 yards but without a touchdown.  He is fourth on the depth chart right now and was forced to leave practice over the weekend with a knee injury.  We do not know the extent of the injury just yet but he will certainly miss some time and preseason game action this coming weekend.  St. Brown is worth taking a shot on late in drafts for depth at the wide receiver position. 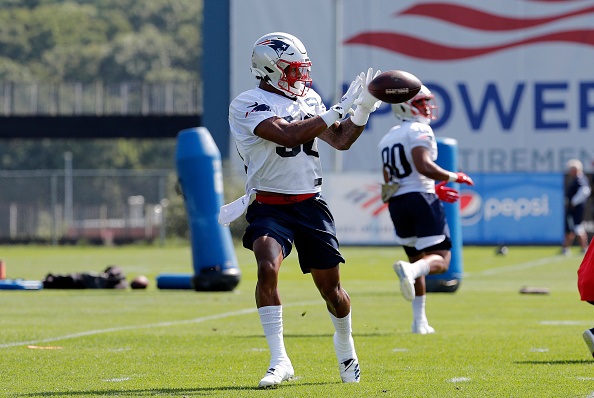 Patriots rookie wide receiver N’Keal Harry sustained a variety of lower extremity injuries to his leg and is expected to miss some practice and preseason game time.  The injuries do not appear to be serious so there is no cause for concern about his status for the regular season at this point.  However, the issue to be concerned about is missing time in practice to learn the routes and develop a rapport with Tom Brady and the offense.  Harry was New England’s first round pick this year and should be targeted later on in fantasy drafts as it will take some time for him to make a real impact.

Veteran running back Theo Riddick just recently joined the Broncos vying to be the team’s third running back but he suffered a fractured shoulder and could be out up to two months.  Riddick does not need surgery but he definitely will miss the first couple weeks of the regular season.  He spent his entire career in Detroit and did not find the end zone in 2018 despite rushing for 171 yards while also catching 61 passes for 384 yards.  His injury opens the door for Devontae Booker to be given another chance to make some type of impact with Denver who will rely on Philip Lindsay and Royce Freeman as their primary running backs.

Colts kicker Adam Vinatieri continues to defy time as he prepares for his 24th NFL season.  He had a solid season in 2018 going 23-for-27 in field goals and 44-for-47 in extra point attempts totaling 113 points.  He is dealing with a knee injury that prevented him from playing on Thursday against Buffalo in the team’s first preseason game.  Indianapolis does not seem overly concerned about the injury as they will give Vinatieri as much time and rest as he needs to be ready for when the games count.  He is still a dependable fantasy option despite being 46-years old, so do not hesitate to use your last draft pick on him.