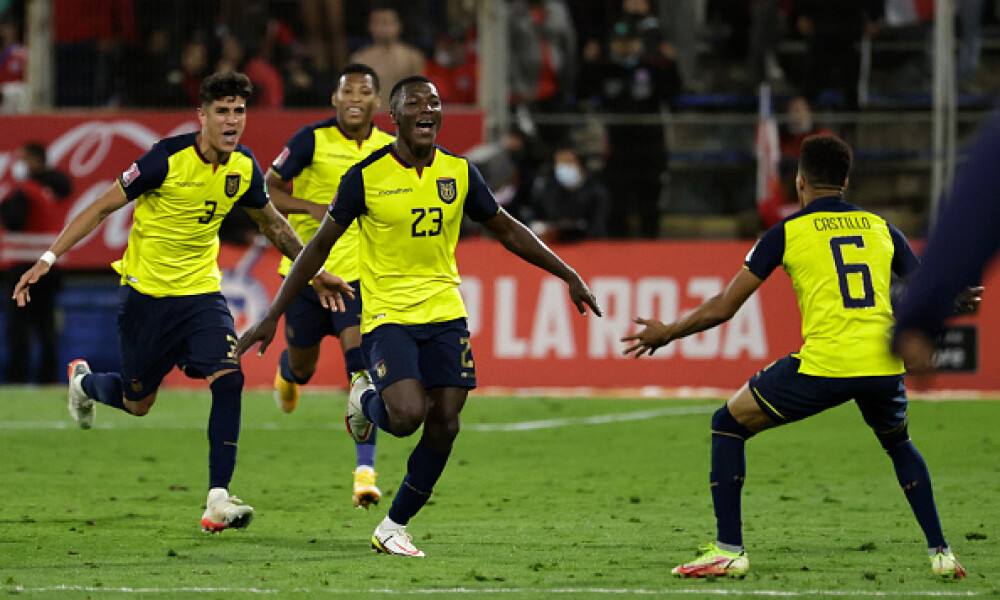 The 2022 World Cup kicks off on Sunday, November 20th with Ecuador taking on hosts Qatar. The match gets underway at 11 am ET and there are plenty of ways to go with your DFS soccer lineups for the showdown slates on DraftKings & FanDuel. Check out the DFS soccer top picks and plays for the opening match of the 2022 World Cup between Qatar and Ecuador. Before you set those daily fantasy soccer lineups, be sure to check out the quick preview of the Qatar vs Ecuador match below. Good luck and enjoy the 2022 World Cup DFS top picks for Sunday's showdown slate.

The biggest question heading into the game is how big of a boost Qatar will get from playing at home. Unless the answer is “a big boost,” this could be a long day for the hosts. Qatar automatically qualified for the tournament because they are the hosts but despite some nice results in the 2019 Asia Cup and the 2021 Gold Cup, they really aren’t good enough to be in this field. Qatar played the World Cup qualifying slate as friendlies and went 2-3-5 with eight goals and 23 allowed. Over the last four years, Qatar is 3-3-12 against teams ranked in the top 50 in the world, getting outscored 33-12.

If there is a saving grace for Qatar in this game beyond home-field advantage, it is that Ecuador might be the next-worst team in the field of 32, ranked 44 in the world. Ecuador often plays low-scoring games, having conceded more than once in just one of seven games in 2022 but never scoring more than one goal themselves in those fixtures. This figures to be a low-scoring game and if that is the case, rostering the goal-scorer(s) will be key. It will also be important to identify players who will rack up crosses, clearances and chances created, as those could provide most of the fantasy points in this game.

He was second on the team in goal involvements in qualifying but is fourth in price on FD. I don’t trust Enner Valencia to play more than 60 minutes and Caicedo should have value even if the game ends 0-0, which can’t be said of most of the Captain options.

I don’t really expect Qatar to score in this game but if they do, Afif will probably be involved. He set a record with 10 assists and 26 chances created at the 2019 Arab Cup and he should be the safest Qatar attacker on both sites.

Estupinan has been pretty quiet for Brighton this season but he is a standout for his national team. He led all players with 107 crosses in South American qualifying and he created 22 chances in 17 games with three goal involvements. He also led Ecuador in interceptions and tackles won. He might be a bit overpriced on DraftKings but he is dirt cheap on FanDuel.

Ecuador has kept a clean sheet in all six friendlies in 2022, including against World Cup qualifiers Mexico, Saudi Arabia and Japan. Ecuador did not win any of those three games, so this could be a bit risky, but if Dominguez gets a win and a clean sheet, he will be worthy of a flex spot at the very least.

His left foot is a weapon, both on set pieces and in open play. I don't expect many set pieces in their other games so this may be your only chance to play Hatem.

I like Michael Estrada and Enner Valencia just fine but so long as they are competing for the same spot in the lineup, I will go with the young, dynamic talent who plays for Valladolid in La Liga and had three goals and one assist in qualifying.

He is the cheapest of the Ecuador attackers for good reason but if anyone is going to provide a cheap goal, it will almost certainly come from the visitors. If this game turns out to be a rout, you will want as many Ecuador players as you can fit in your lineup.

He should be at the center of a back three and if Ecuador gets most of the chances like we expect, Qatar should get most of the defensive stats. On FD where you get more credit for those stats and you need a defender in your lineup, Khoukhi is worth a look.

Betting against Ecuador’s attack is rarely a bad idea, and playing in front of their home crowd could make up for much of their defensive deficiencies. Ecuador hasn’t scored more than one goal in any game in 2022 and even if Al-Sheeb concedes, he could make enough saves to come out ahead anyway.

Almoez Ali is perfect in 13 senior penalty attempts for club and country but Al-Haydos scored two in an unofficial friendly against Guatemala in October. If Al-Haydos is on penalties, he could be an underpriced option, especially on FanDuel.

Keep the DFS Soccer winning going during the 2022 World Cup! Check out our partners over on PrizePicks, Underdog Fantasy, Monkey Knife Fight & & join our FREE Discord!