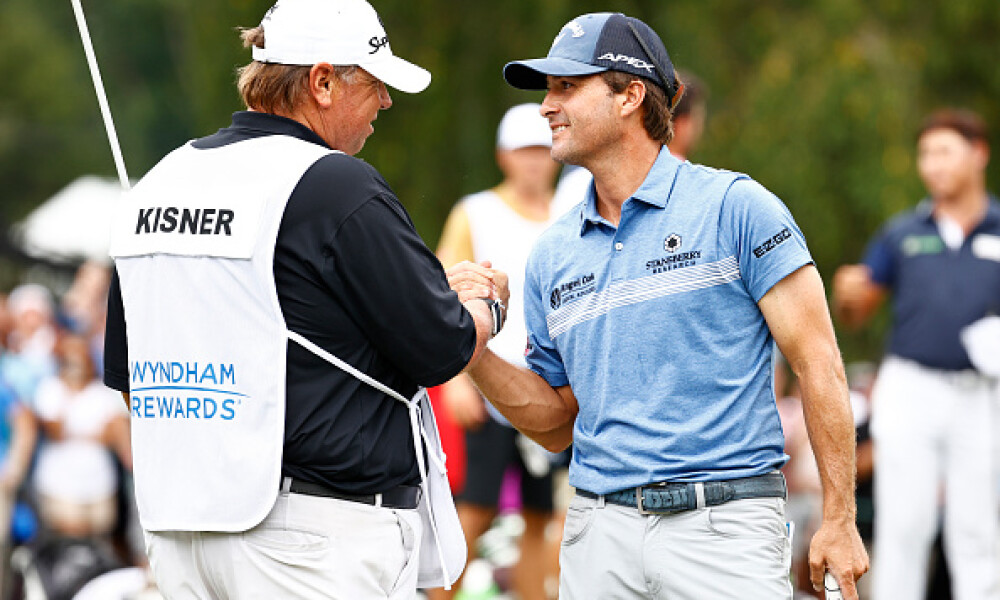 What a run by Tony Finau!  The now four time PGA Tour winner picked up his second win in as many weeks at the Rocket Mortgage Classic.  Taylor Pendrith played terrific golf for three rounds but just could not get it going on Sunday which opened the door for Tony Finau who waited for his opportunity to strike.  You really can’t say that Pendrith lost this tournament, more like Finau won it by shooting a final round 67 to claim a five shot victory over Patrick Cantlay.  He sits at seventh place in the FedEx Cup Standings and will rest this week before teeing it up at the St. Jude Championship next week.  Will Zalatoris leads a field of 156 golfers into Greensboro, North Carolina for the PGA Tour regular season finale at the Wyndham Championship.

The Wyndham Championship has become known for being the last chance for golfers to qualify for the FedEx Cup Playoffs.  The Top 125 players in the FedEx Cup standings at the end of this week will play in next week’s FedEx St. Jude Championship in Memphis, Tennessee.  The Top 70 players at the end of the next week move on to the BMW Championship and then the Top 30 after that event play in the Tour Championship for a chance at the $15 million dollar grand prize.  For that reason, you should be looking at the FedEx Cup Standings when picking your players this weekend.  The names to watch are Webb Simpson, Lucas Glover, Kevin Tway, Nick Taylor, Chesson Hadley, Kramer Hickok, Rickie Fowler, Matt Wallace, and Austin Smotherman who are all within 10 spots of the Top 125.  You’ve also got players sitting right inside the mark who could fall out like Robert Streb, John Huh, Ryan Brehm, Tyler Duncan, Matthias Schwab, and Patton Kizzire.  There were definitely some surprises on both of those lists but it’s been an interesting season to say the least.  This week will be difficult to handicap because it’s almost like a week before a major.  You really don’t know which high end players are just keeping loose before the playoffs or actually trying to win the event.

Sedgefield Country Club played host to what used to be known as the Greater Greensboro Open when it was first played in 1938.  The course is 7,131 yards and plays as a Par 70.  The yardage is deceiving on this course because there are a lot of up and down hill situations.  You really don’t have to be accurate off the tee on this track because of the length.  Nine of the 18 holes will probably only require the players to hit a wedge into the greens which is an obvious advantage whether you're hitting from the fairway or the rough.  That does mean though that once again I’ll be putting an emphasis on Strokes Gained: Approach especially hitting into these small greens.  I’ll also take a closer look at birdie and scoring averages because you need to go low this weekend once again.  Five of the last seven winners of this event have gone 20 under or below to win.  We’ve got a course with an abundance of Par 4s with length ranging between 450-500 yards, eight to be exact.  Strokes Gained: Putting will be added to the mix as the greens are known for their undulation and we need birdies this week.

It will be an eventful weekend when it comes to weather in Greensboro.  It will start out extremely hot and humid on Thursday and Friday for these players.  It will then cool off over the weekend as the storms roll into town on Friday night.  They are calling for scattered showers throughout the weekend which could mean trouble for scheduling.  The PGA Tour will do everything it can to make sure this tournament ends on Sunday evening.  The last thing they want to do is interfere with their FedEx Cup Playoff schedule.

The playbooks will slowly shrink as we move into the playoffs over the next few weeks. The Tour Championship will just be core plays that week because of the small field that will participate.

ONE & DONE PICK OF THE WEEK: Denny McCarthy