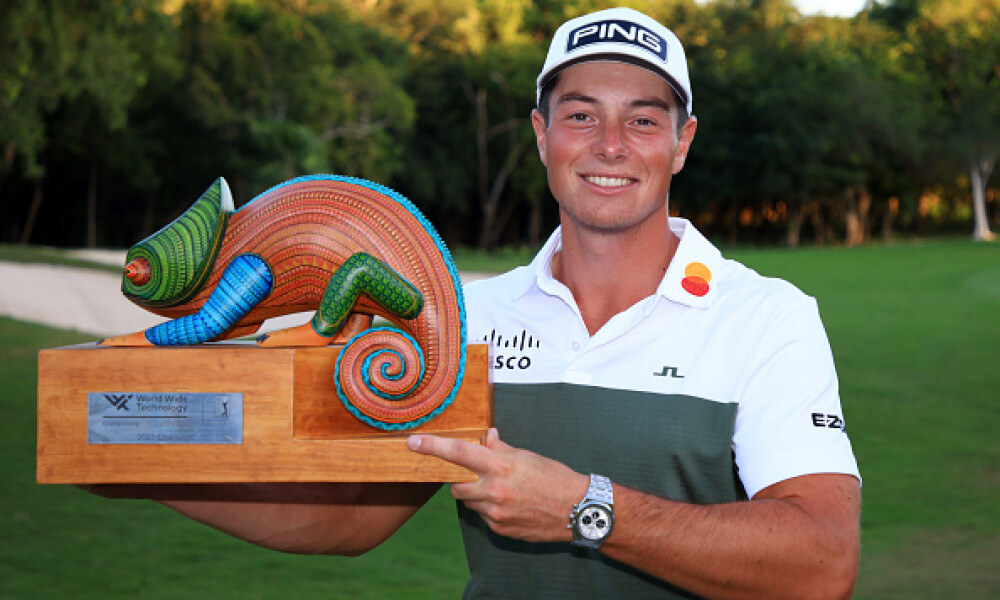 I just had a feeling that I was going to regret leaving Seamus out of my playbook last week and it bit me in the butt.  Power had struggled to start the 2022-2022 PGA Tour season but showed big in Bermuda claiming his second career victory.  He shot three straight 65s before closing with a 70 to hold off Ben Griffin and a closing fast Thomas Detry.  Despite it being a field full of basically no names, it was a really competitive weekend.  .

It has got to be tough being a professional golfer.  Last week they had to go to Bermuda and play on a beautiful course and this week they are forced to go to Playa del Carmen, Mexico for the World Wide Technology Championship at  Mayakoba.  It is only home to some of the most beautiful beaches in the world.  I still hear stories from my wife about her trip to Riviera Maya for a friend’s wedding and how the beaches in Mexico were better than our honeymoon on Maui.  Now that I've made everyone else feel as bad as me for not being able to attend this tournament, let’s talk about the course.

El Camaleon Golf Club plays right alongside those beautiful beaches I spoke about which means you've got the wind to contest with throughout the weekend.  For PGA Tour standards, this course is extremely short at only 7,017 yards and listed as a par 71.  The head of LIV Golf Greg Norman designed this course and it features unique environments.  These players must keep their drives on the fairway to avoid all these hazards. That means I'm looking at Strokes Gained: Off-The-Tee and Fairways Hit.  Waialae Country Club which hosts the Sony Open in Hawaii and Harbour Towne Golf Links which hosts the RBC Heritage on Hilton Head Island are both really good comp courses, both are short courses which punish players for not being accurate.

Players with success on this course have had traditionally good greens in regulation numbers which usually brings in Strokes Gained: Approach as well. Do not go into this weekend with the mindset that the big bombers on tour will dominate this track because of its distance,  I'm going to be targeting more of the course manager types.  When you look over the course layout, you'll see 11 par 4s for these players to attack, ranging from 386 yards to 485 yards.  I'll be checking out Par 4 Birdie or Better as well.

We've got 132 players in the field and top 65 with ties will make the weekend cut.  We've got some big names like back to back champion Viktor Hovland, world number one Scottie Scheffler, Collin Morikawa and Tony Finau in the mix this weekend.  I'll speak about it more in my example lineups, but I'll be playing more of my bankroll at this event.  The lineups lock for this event super early Thursday morning.  So, you'll want to get them set and ready to rock on Wednesday night.  Here’s to a strong week!