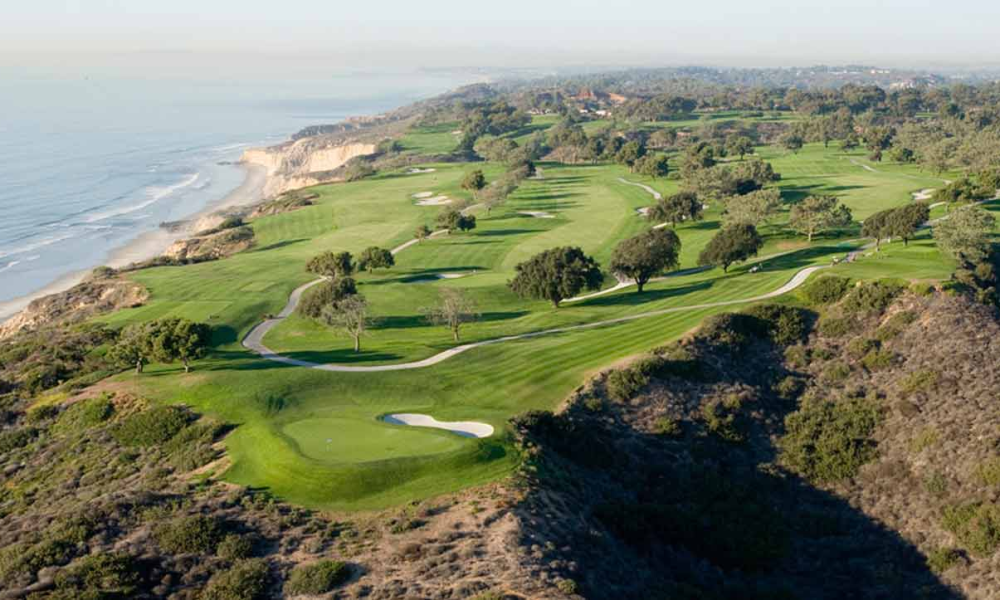 The PGA Tour leaves the desert of California and heads 132 miles southwest to the coastline.  We land in San Diego, more specifically La Jolla to one of the best courses in the United States, Torrey Pines.  This is the only event on the PGA Tour schedule that ends on a Saturday.  The PGA Tour does not want to compete with the NFC and AFC Championship games being played this upcoming Sunday.  The players will tee off first thing Wednesday morning and crown a champ on Saturday evening.  We will see both the north and south courses used.  The format this weekend is unique but we will see quality golf this weekend on one of the most beautiful courses in the country.

Luke List looks to become the first back-to-back champion of this event since Tiger Woods won it four times in a row from 2005-2008.  We won’t see Tiger this weekend but last week’s champion Jon Rahm will participate and this course holds a special place in his heart because he won his one and only major championship on the south course.  Luke beat out Will Zalatoris in a playoff in 2022 but he returns to avenge that loss.  Collin Morikawa, Xander Schauffele, and Justin Thomas make up the top tier talent in the field this weekend.

All of the players will play both the north and south courses over the first two days of the tournament.  Then the players who make the 36-hole cut will play over the weekend on the major championship level south course.  Tiger Woods basically grew up on this course and shows in his record eight wins at Torrey Pines.  That is an all-time PGA Tour record for most wins at one course which he also matched at Firestone Country Club and Bay Hill.  He also owns the south course 18-hole record of 62 and 72-hole tournament record of 266.  The north course is the easier of the two, it is over 500 yards shorter than the south and both play as a Par 72.

The players should see beautiful weather along the California coastline throughout the weekend.  We will see temperatures in the 60s with winds in the single digits.  The wind is typically one of the defenses on this course but it won’t be a factor this weekend which will most likely lower the scores.

How To Watch the Farmers Insurance Open

The PGA DFS Playbook will be available on FantasyAlarm.com Tuesday morning at 10am ET.  We will also have PGA DFS example lineups available beginning at 2:30pm ET. We also help you with DFS lineup construction with our usual tools like our PGA DFS Lineup Generator and a run of PGA DFS projections.

I look forward to getting more in-depth in my PGA DFS Playbook. As always, I wish you nothing but the best of luck in your games.