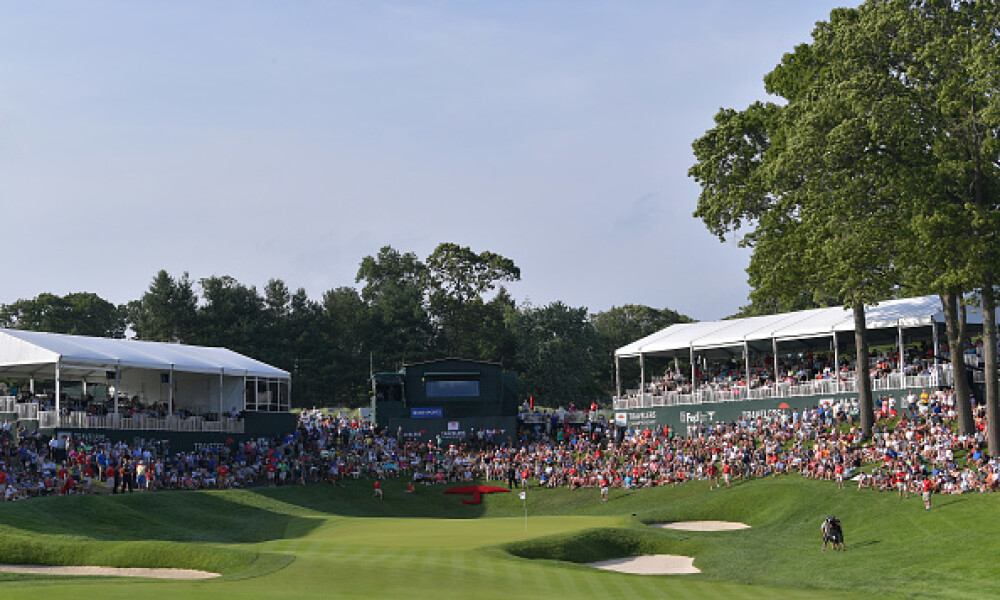 The PGA Tour leaves the 121st U.S. Open in Brookline, Massachusetts and heads a little over 100 miles west to Hartford, Connecticut for this week’s Travelers Championship at TPC River Highlands. This course has played host to this PGA Tour stop every year since 1984. It is consistently voted as one of the best tournaments from their services, to the hospitality, to the attendance and quality of the course. Let’s get into detail as to why this is a great event on the PGA Tour schedule.

The Field for the Travelers Championship

When you look at a field for a tournament after a major championship, it is usually hit or miss. I would say that this is a pretty darn good field with 55 of the 156 players in the field making that 100 mile trip from Boston to Hartford. One noticeable name not in the field this week is three time winner Bubba Watson. It looks like he has defected to the LIV Tour which has an event taking place next week in Portland, Oregon. While most of us won’t miss Bubba, we do have the likes of Scottie Scheffler, Rory McIlory, Justin Thomas,  Jordan Spieth, Xander Schauffele, Patrick Cantlay, Sam Burns and Tony Finau to name a few. I have to say that it’s been nice to see such quality fields over the last few weeks on the PGA Tour. This may be a statement from the PGA Tour players showing their dedication to keeping this league strong..

This course is the fourth shortest course on the regular PGA Tour schedule. It stretches out just 6,841 yards playing as a Par 70.  This course was designed by Pete Dye who knows how to mess with players' mentality. He has been known for giving players lots of risk and reward decisions to make throughout their round. The course got a face-lift a few years ago when it removed 50 bunkers but upgraded the remaining 69. There were trees removed, the fairways were narrowed and the greens were completely remade. When you look over the course history, lots of course managers and shorter hitters have had success like Harris English, Chez Reavie, Jordan Spieth and Russell Knox have all won in the last six years.

The Weather for the Travelers Championship: Cromwell, Connecticut

The early weather forecast shows a chance of showers on Thursday but things look to clear up quickly.  Friday through the end of the weekend has nothing but partly cloudy skies.  The temperatures will be in the mid-80s over the weekend with high levels of humidity.  I would say that the only advantage is to get players teeing off in the afternoon on Thursday.

How To Watch The Travelers Championship

The coverage for the Travelers Championship will be quite easy to follow. Rounds one and two on Thursday and Friday will air from 3pm-6pm ET on the Golf Channel. The weekend coverage will start on Golf Channel from 1pm-3pm ET before moving over to CBS from 3pm-6pm ET.

I look forward to getting more in-depth in my PGA DFS Playbook.  As always, I wish you nothing but the best of luck in your games.