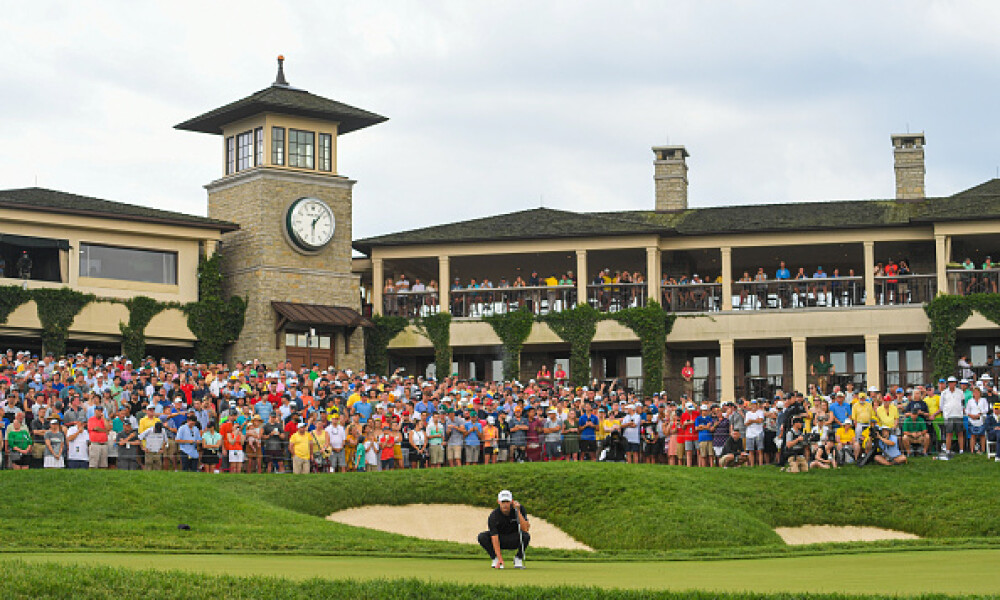 What are some of the things you think about when you hear the name Jack Nicklaus?  You think of 18 major championships, you think of a great ambassador of the game, and you think about the Memorial Tournament played in his hometown of Columbus, Ohio.  Jack's own course Muirfield Village Golf Club plays host to the event for the 46th time on the PGA Tour.

The Field: The Memorial Tournament

The name everyone will be talking about this weekend won’t be the defending champion Patrick Cantlay, it’ll be Jon Rahm.  If you remember, the 2020 Memorial Champion Jon Rahm had built a commanding six stroke lead at the end of the third round of the 2021 Memorial before being forced to withdraw after testing positive for COVID-19.  After his playoff loss last week to Sam Burns, number one in the world Scottie Scheffler will not compete this weekend in Ohio.  While last year’s playoff runner up Collin Morikawa looks to get back on track in Ohio.  2018 Memorial Champ Bryson DeChambeau returns to action for the first time since his wrist surgery.  Rory McIlory, Xander Schauffele, Cameron Smith, Jordan Spieth, and Will Zalatoris lead a field of 120 players into Muirfield.

Muirfield was built in 1974 and has been the only host course of the Memorial tournament since 1976.  It plays as a Par 72 and stretches out 7,543 yards.  This course is known as a golfers golf course.  That is a silly way of saying that any type of player can compete at Muirfield, just look through the list of past winners.  The course was lengthened a couple years ago and the greens were completely restructured.  The biggest defense on this course are the bunkers which were redesigned as well.  We need accuracy drivers, ball striking with long irons, and scrambling.  The average winning score over the last five years is 13.8 under par.

The players will get a little bit of a break from the heat this weekend.  The temperatures will be in the mid-to-upper 70s throughout the tournament.  When I’m writing this article on Monday evening, they are calling for showers on Thursday morning but other than that it looks to be clear skies.

How To Watch The Memorial Tournament

Golf Channel will handle all of the TV coverage on Thursday and Friday from 2pm-6pm ET.  Once the weekend rolls around, CBS gets into the mix.  The broadcast on Saturday and Sunday will start on Golf Channel from 12:30pm-2:30pm ET, and then CBS takes over from 2:30pm-6pm ET.  You will get lots of Jack during the coverage this weekend.  He will likely join the broadcast booth on Sunday with Jim Nantz and Nick Faldo and we should soak in every second of it.

A full PGA DFS Playbook will be available on DFSAlarm.com Wednesday morning at 10am ET.  We will also have a full run of PGA DFS example lineups available beginning at 2:30pm ET.  We also help you with DFS lineup construction with our usual tools like our PGA DFS Lineup Generator and a full run of PGA DFS projections. My DFS approach this week will be to focus on cash and small field single entry tournaments.  I like to build one cash lineup and one GPP.

I look forward to getting more in-depth in my PGA DFS Playbook.  As always, I wish you nothing but the best of luck in your games.