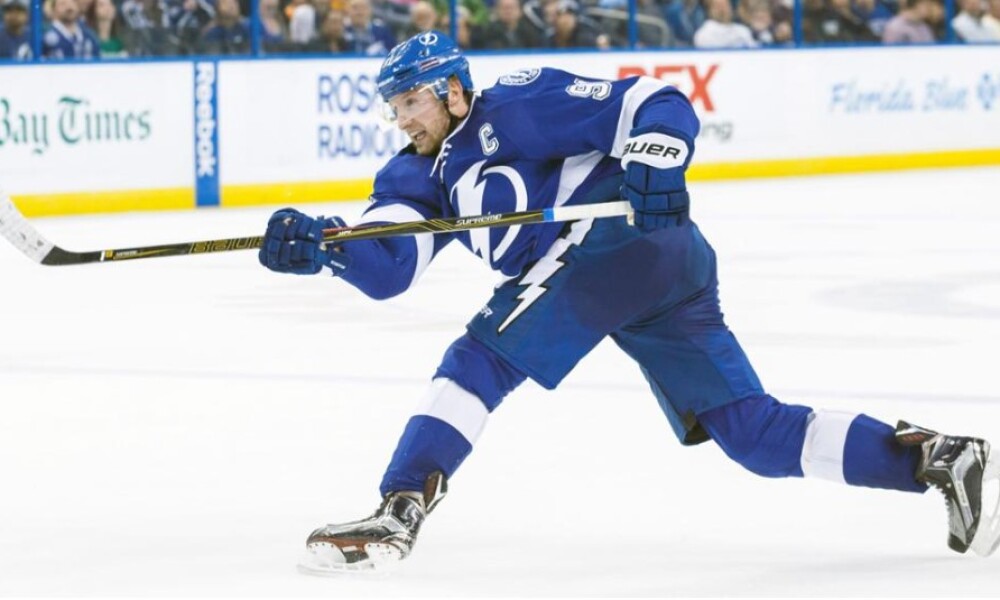 Game six of the Stanley Cup Finals between the Colorado Avalanche and the Tampa Bay Lightning goes tonight. Tampa Bay was able to do something only one team has done this postseason: win in Colorado. The Avalanche are 8-1 on the road this season, but can they close things out tonight? You can build daily fantasy hockey lineups on DraftKings, FanDuel, and Yahoo Fantasy for Saturday, June 18th NHL playoffs action. Before you build those NHL daily fantasy lineups, don’t forget to check out our NHL DFS projections, the NHL Value Finder, and the NHL DFS lineup generator. Let's now take a closer look at the daily fantasy hockey top plays for tonight's NHL DFS Showdown slate

Tampa Bay was able to secure a 3-2 victory against the Avalanche in Game Five and are looking to make one more trip back to Colorado with a win tonight. Andrei Vasilevskiy was exceptional and he’s going to need to be just as good tonight if his team wants any chance at winning this game. Colorado doesn’t have to push the panic button just yet, but they certainly don’t want to give Tampa any life. It would be wise to wrap things up tonight.

We know how critical the captain spot is when building a Showdown lineup and tonight it’s going to be extra important. A lot of people are going to be looking on the Colorado side, but we are going to go the other way completely and target someone like Steven Stamkos or Ondrej Palat. Even if Colorado has one loss on the road in the playoffs, the home team has had a lot of success in these playoffs and that trend should continue tonight. Stamkos only has one goal in the Finals, but he has had eight goals on home ice since the beginning. He’s a good target to consider at the top spot.

As for the rest of your lineup, we can continue to target some familiar faces. We know Palat is great value and the same can be said about Valeri Nichushkin, who continues to see time on the top line and find the back of the net. If you want to trust Colorado tonight, you can use him in the captain's spot. Nikita Kucherov and Nazem Kadri are also two options to consider, but I wouldn’t go out of my way to get either player into my lineup.

Defencemen who block shots are my favorite players to roster in NHL DFS and I’ll have a decent amount of them tonight from both teams. Cale Makar, Victor Hedman, Ryan McDonagh, Mikhail Sergachev and Erik Cernak are all great options tonight at different price points. Makar and Hedman lead the way, followed by McDonagh. There is also some value in playing Bowen Byram. We know that the kid has a ton of offensive potential, but the points just haven't been there in the playoffs and he’s very inconsistent. He finished the last game with five shots on goal and three blocked shots, easily hitting value without having to register a point. Can he do it again? Maybe, but at $5000, I’ll take my chances if it means I can pay up for an elite forward.

The goalie situation when building a Showdown lineup is to just say no, but not tonight. Andrei Vasilevskiy is elite when facing elimination and he’s now faced over 35 shots in three straight games. He’s consistently hitting value and is the key to Tampa Bay’s success. Darcy Kuemper is a flaming pile of nothing good, and if he can’t figure it out tonight, that gives Vasilevskiy the possibility of also picking up the win. I would even go as far as using the Russian netminder in the captain’s spot. He’s proven that he can get the job done, and with the momentum behind the Lightning for this matchup, anything is possible.