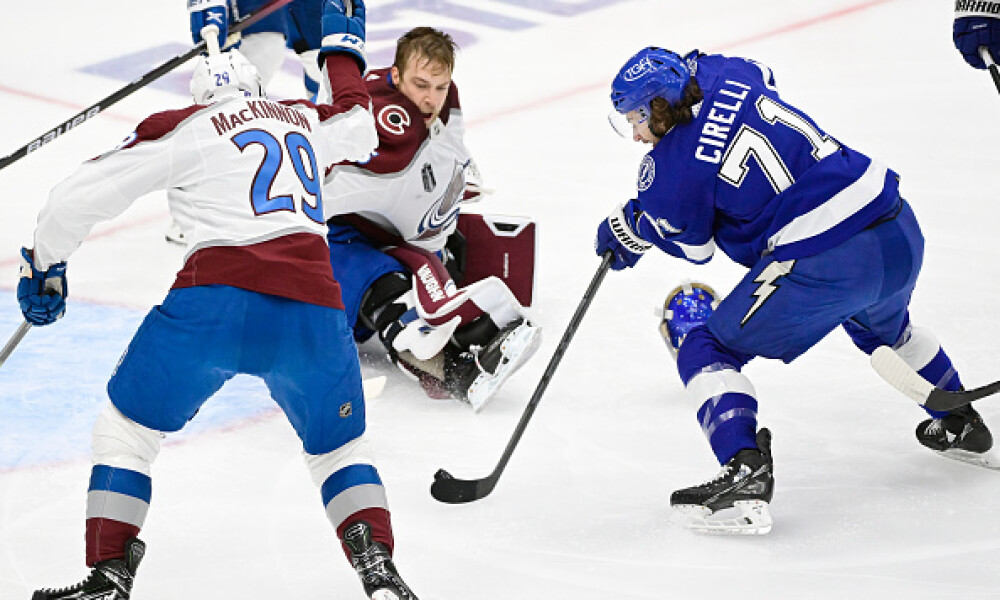 We have an NHL DFS showdown slate for today’s game five in the Stanley Cup Finals as the series shifts back to Colorado with Cale Makar and the Colorado Avalanche hosting Nikita Kucherov and the Tampa Bay Lightning in the first elimination game of this series.

We have some options on both teams for the captain spot.

Andrei Vasilevskiy - When Tampa has needed a big game Vasilevskiy has provided it time in and time out. Don’t be surprised if he is the difference in this game today.

Nikita Kucherov - If the Lightning is going to stay alive in this series they will need him to score and drive the offense. He has the best chance to help Tampa win this game, he can score goals and he can put five shots or more on goal.

Nathan MacKinnon - MacKinnon finally got his first goal in the last game, and he continues to be a force in this series even without scoring goals. He has three points in four games and had had less than three shots on goal just once in this series so far, and the series going back to Colorado will only help ensure his offensive presence is felt.

Cale Makar - Could we see a monster game from Makar tonight where he gets multiple points, and five-plus shots, of course, we could. He has arguably been the best player in this series and he could finish this series off with a bang tonight as well.

Valeri Nichushkin - In the two games in Colorado we saw NIchushkin get four points, but he wasn’t a factor when the games were in Tampa. I would look for him to be more effective again today.

Mikko Rantanen- Rantanen has had at least one point in every game so far in this series, and while all of those points are assists, we shouldn't remember that he is a very capable goal scorer.

Devon Toews - Toews continues to produce for DFS. He is giving you either points, shots, or blocked shots nearly every game, with the upside of giving you all three.

Nazem Kadri - When the Avs have needed big goals Kadri has been there all season long, tonight may be no different.

Victor Hedman - The last game was a great example of what we can get from Hedman on good nights. He scored a goal, put seven shots on goal, and blocked a shot. We shouldn’t be surprised if we see similar results tonight with the Lightning facing elimination.

Anthony Cirelli - Cirelli has played big minutes in this series for the Lightning, and he has been a solid contributor most nights. He has three points in this series including back-to-back games where he has scored a goal.