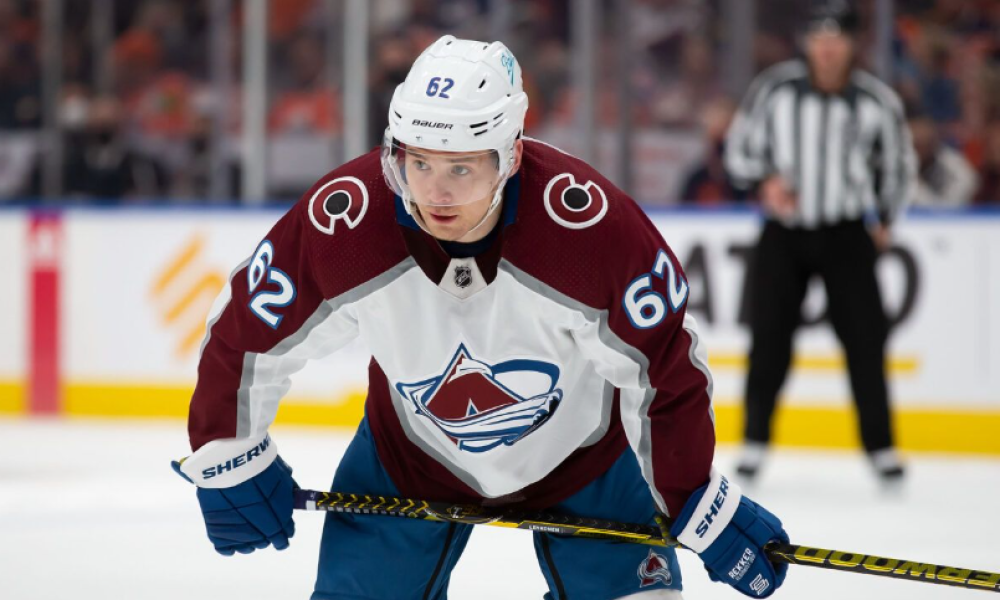 Game two of the Stanley Cup Finals between the Colorado Avalanche and the Tampa Bay Lightning goes tonight. Tampa Bay was able to overcome a 3-1 deficit to send the game to overtime, but Colorado got the job done thanks to an early goal from Andre Burakovsky. Can they take a 2-0 lead heading back to South Florida? You can build daily fantasy hockey lineups on DraftKings, FanDuel, and Yahoo Fantasy for Saturday, June 18th NHL playoffs action. Before you build those NHL daily fantasy lineups, don’t forget to check out our NHL DFS projections, the NHL Value Finder, and the NHL DFS lineup generator. Let's now take a closer look at the daily fantasy hockey top plays for tonight's NHL DFS Showdown slate

The Tampa Bay Lightning came extremely close to stealing game one on the road, but they didn’t deserve to come that close. Colorado was the better team all night and that trend should continue tonight. Tampa will be better, but that may not be enough to do something one team has been able to do against Colorado-- win in their barn.

Colorado has so many elite players that Valeri Nichushkin is going to be forgotten tonight. He finished with two points and six shots on goal in game one and we could see a similar result tonight. I’ll go as far as considering using him in the Captain's spot. You’ll be able to get him at low ownership in that spot and he could be the one to really send your lineup to the top of the leaderboard. If you don’t want to take that much risk, Nathan MacKinnon and Nikita Kucherov are always the easy choices.

For the rest of your lineup, there are quite a few ways to go. Artturi Lehkonen and Ondrej Palat are by far the two best mid-price option players to consider. They just do it all for their respective teams. It’s still mind-blowing that we can secure both players on DraftKings at under $7K.

If we are talking superstars, Cale Makar and Victor Hedman are the two easy options to consider. Neither defenceman was elite in game one, but they could both easily bounce back tonight with massive games. I wouldn’t go as far as using them in the captain’s spot, but you can have them in your lineup.

When it comes to bargain players, Andre Burakovsky and Brayden Point are options to consider. Burakovsky is coming off that overtime winner and he continues to skate on the second line. He’s under $5K on DK and doesn’t have to do a ton to hit value. As for Points, he’s just too good to be skating on the third line and be priced at $7K. If the Lightning get off to a slow start, John Cooper might change things up and reunite his three best offensive forwards. Point on his own can get the job done, but Ross Colton and Nick Paul aren’t exactly the most talented players on the team. You want to have some correlation playing Point, and the top power play unit just isn’t enough.

I love defensemen in this series because both teams can generate shots. Erik Cernak finished the last game with five blocked shots and he’s only $4200. Ryan McDonagh, Mikhail Sergachev and Devon Toews are all options worth considering alone with Hedman and Makar because of their high upside. Don’t be afraid to use multiple defencemen in your lineup. If it comes down to having to play someone in the button six or a defenceman like Cernak, take the defenceman who is skating on the top unit and seeing a ton of ice time. All you need is the blocked shots bonus and a couple of shots on goal. Sergachev and McDonagh do that consistently, so there is no reason to be scared to use them, especially if it allows you to pay up for an elite skater.

I don’t love goalies when building Showdown lineups and that will remain true tonight. I will however say that if you do want to go down that route, Andrei Vasilevskiy is the way to go. He fell just one save short of hitting the save bonus and the Avalanche have made it very clear that they want to generate a ton of shots on goal. Vasilevskiy is going to see a decent amount of rubber in this game, and we know that he is very good when coming off a loss. I don’t know how much I’m willing to trust him, but it’s worth considering him in a GPP lineup, even if you have multiple Colorado skaters.