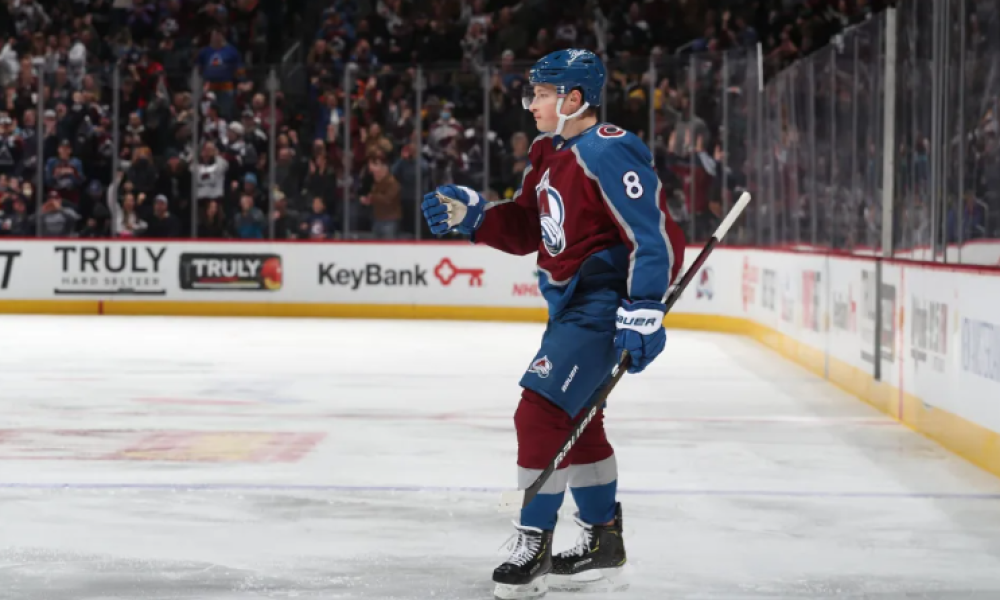 The 2022 NHL Stanley Cup Finals start tonight with the Colorado Avalanche and the Tampa Bay Lightning going head-to-head for Game 1 of the series. There are plenty of ways to go with NHL DFS lineups ahead of the Wednesday, June 15th matchup. Can Tampa Bay win on the road to start the series? Is this the year we see Colorado go all the way and capture its first championship since 2001? Which Lightning and Avalanche players should you get into NHL daily fantasy lineups? You can build daily fantasy hockey lineups on DraftKings, FanDuel, and Yahoo Fantasy for tonight's Stanley Cup Finals matchup. Before you build those NHL daily fantasy lineups, don’t forget to check out our NHL DFS projections, the NHL Value Finder, and the NHL DFS lineup generator. Be sure to also read our free preview of the 2022 Stanley Cup Finals matchup before building those daily fantasy hockey lineups. Let's now take a closer look at the NHL DFS top plays for tonight's showdown slate between the Lightning and Avalanche.

There is a lot of love on the Colorado side and that should surprise no one. The Avalanche are starting the series at home and no team has scored more goals in the NHL Playoffs than them. While they do offer a ton of value, it would be foolish to discredit Tampa Bay. They have a ton of firepower and are getting some help for game one.

The Captain spot is going to be critical tonight. Vegas has the total for this game set a 6.0, but it wouldn’t surprise me to see this game be a low-scoring affair. The two players I would consider on each side are Cale Makar and Victor Hedman.

With so many talented forwards to choose from, there’s a good chance we can get both players at low ownership in that spot. Makar is a fantastic skater and is coming off a five-point performance against Edmonton in Game 4 of the last series. He’s also able to block shots, so the upside here is just massive. Hedman hasn’t been as productive, but he’s going to see a lot of ice time and Colorado is not afraid to shoot the puck. If he can get a couple of shots on goal, a point, and hit the blocked shots bonus – he can easily return value.

As for the rest of your lineup, don’t make life too complicated. You’ll want pieces of Nathan MacKinnon, Mikko Rantanen, Steven Stamkos, and Nikita Kucherov. If you have to pick just one player out of the gang, make it MacKinnon. He might see a lot of Anthony Cirelli and Nick Paul, but we know he loves to shoot the puck and he will have a ton of chances to do that tonight.

If you need some value, Artturi Lehkonen, Ondrej Palat, and Corey Perry are three names to remember. Lehkonen has been great in the playoffs and he continues to see top-six minutes. Palat is skating on the top line and just finds a way to score goals. He finished with seven points in the last four games and is still a respectable $6600 on DK. Perry is a risky play, but he continues to skate on the top power-play unit and could be on a line with Brayden Point. Point is an offensive player who can move the puck and Perry has no problem getting to the front of the net. You could consider both as a mini-stack if you really want some upside.

We’ve already talked about two defensemen to consider, but there are still a few more to take into consideration. Devon Toews, Ryan McDonagh, and Mikhail Sergachev are all great options.

Toews finished the last game with a goal, five shots on goal, and three blocked shots. He hit the double-bonus, which alone would be enough for him to hit value. Don’t be scared to have Toews and Makar in the same lineup. McDonagh and Sergachev are purely options because of how many shots they *could* block. Sergachev does have more upside, but McDonagh had six blocked shots last game and is a steal at some of his price points. No team shoots the puck more than Colorado, so the upside is there.

I don’t like goalies when building my Showdown lineup and tonight is no different. Andrei Vasilevskiy is elite, but he struggled in game one against Toronto and New York and he could be in for a VERY long night in Colorado. He could see upwards of 40-shots, so the save bonus is in play. If your lineup has Makar/Toews/Lehkonen, then you could consider Vasilevksiy as a high-risk/high-reward play in a GPP.