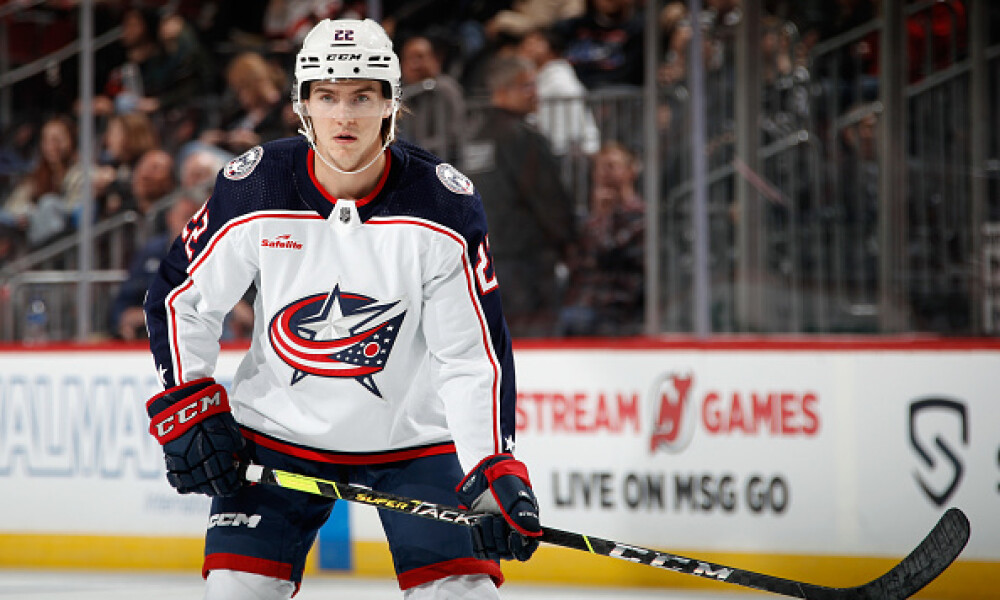 Welcome to another edition of the Fantasy Hockey Waiver Wire Report as Week 5 of the NFL fantasy season gets underway. The only way to win a championship in any fantasy league is to be active on the waiver wire, whether you have players on the NHL injury report or not. If you aren’t checking the wire at least once a week, then you’re doing it wrong. Each week, we’ll look at some players that are trending up the fantasy hockey rankings and who you should be adding to your watch list. For fantasy hockey Week 5, Columbus Blue Jackets defenseman Jake Bean is among the top risers in rankings and NHL projections. Be sure to check out the NHL injury report, our NHL daily projections, and all of our NHL seasonal tools before making roster moves or setting those fantasy hockey lineups. Let’s take a look at who we are keeping an eye on for this week.

Jimmy Vesey isn’t a player most people think about when it comes to fantasy hockey, but he has found himself on our radar this week. The 29-year-old is skating on the top line with Chris Kreider and Mika Zibanejab and that could lead to him scoring a few more goals. He’s widely available across all fantasy sites and could be an excellent short-term solution for a team that needs some depth.

With Jonathan Huberdeau out of the lineup, Adam Ruzicka has found himself playing on the top line, and so far, that experiment has been good. He has three points in the last three games and is seeing just over 15 minutes a game. He’s also seeing some time on the second power play unit, so there is some upside to his game. He’s only an option until Huberdeau is ready to return.

Nick Perbix is a name you probably haven't heard of, but the 24-year-old has points in his last four games and is seeing a decent amount of ice time. The Minnesota native is going to cool down at some point, but for now, he’s productive and widely available. He could be a nice addition to a fantasy team that needs help on the blue line in deeper formats.

The situation in Vancouver is really #NotGood. Thatcher Demko is sporting a goals-against average over four and has one win on the season. Spencer Martin hasn’t been that much better, but the 27-year-old could find himself playing more games down the road if Demko can’t figure his game out. If goalies are at a premium in your league, then Martin is worth a flyer. He may not do anything great, but in the right matchup, he could provide some value.

With Zach Werenki done for the season, Columbus is going to lean heavily on some of its young players, mainly Jake Bean. He’s getting a chance to quarterback the top power play unit, so that should give him plenty of opportunities to rack up points. He can also mix in some hits and a few blocked shots.