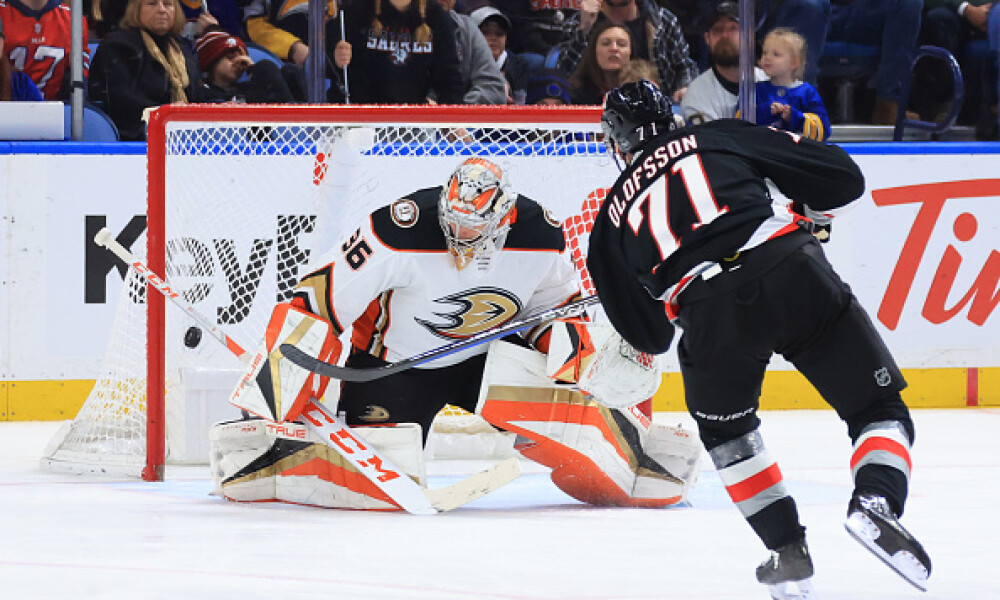 Since being recalled from the AHL, Rem Pitlick has two goals, two assists and is skating on the top line with Josh Anderson and Nick Suzuki. The Habs are dealing with a massive amount of injuries, so Pitlick is going to get his chance to prove to management that he can contribute in the NHL. As long as he’s getting an opportunity to play with the best (healthy) player on the team, he can be considered in deeper formats.

The Vegas Golden Knights have a pretty good lineup, but they aren’t scoring a ton of goals. Paul Cotter is a young player who has skill, and when given the chance, can contribute on a nightly basis. He only has two goals in the last four games, but he’s played over 16 minutes in three of those games. When you’re playing a lot, good things are bound to happen. He’s skating on the third line, but he could find himself moving into the top six sooner rather than later.

Victor Olofsson is a good hockey player, but his downside has always been his inability to score five-on-five. He’s great on the power play, but you need to be able to produce in all situations. Olofsson has six goals in the last six games and five of them have come at even strength. He’s now up to 21 on the season, which is very good for a player that is only 25% owned in Yahoo! leagues. The Sabres are all about scoring goals and the kid has fit in nicely with that theme. He can be added in all situations.

With Spencer Knight and Sergei Bobrovsky out of the lineup, Alex Lyon has taken over the starting role for the Florida Panthers and has looked excellent. He’s won both of his games this season and has given up just five goals. Florida is desperate for some good goaltending, so if Lyon does well, maybe he doesn’t get sent down to the AHL right away with either goalie is ready to return. He’s a great short-term add for a fantasy team desperate for some wins.

Jeremy Lauzon only has six points on the season, but you don’t add him to your fantasy hockey team for the points, you add him for everything else. He’s elite a throwing his weight around and he can rack up a good amount of blocked shots. His shot totals per game are very inconsistent, but he can help you every week by doing what elite players don’t really do; hit and block shots. He’s a depth player that can help stuff a few categories every week.