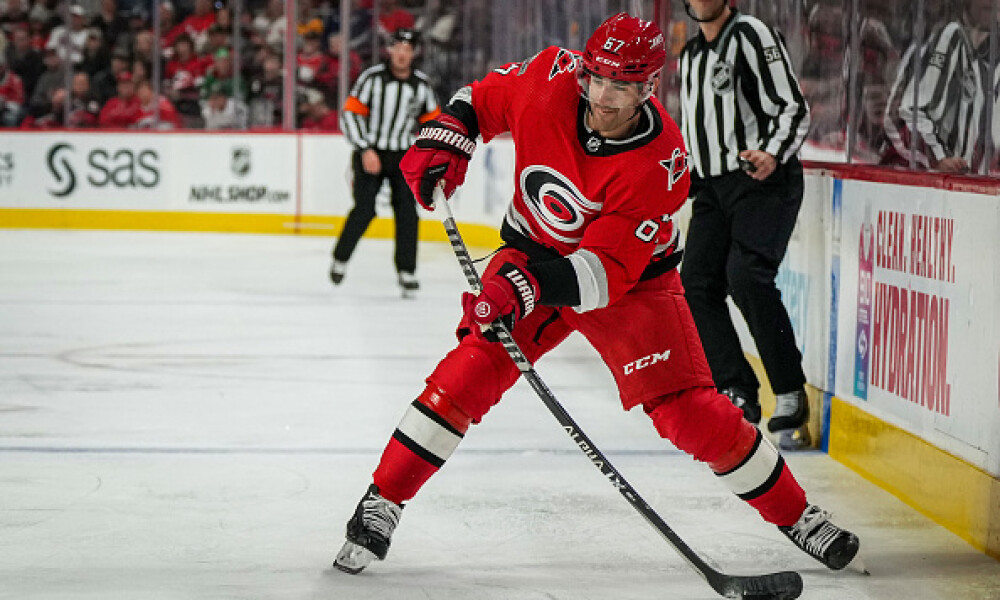 Max Pacioretty made his Carolina Hurricanes debut last week and he looked fantastic. The veteran winger hadn’t played this season due to injury, but now that he’s back, it looks like he’s going to be a force in a very good offence. He’s 65% owned in Yahoo! leagues, so there’s a small chance that he’s still on the waiver wire waiting to be added. He should be higher owned due to his scoring abilities.

There’s no question that Maston McTavish has skill, but he plays on a pretty terrible team, so it feels like his fantasy upside is limited. He’s moved to the top line and is seeing a healthy amount of ice time, so he could flirt with a point-per-game pace in the second half of the season. As long as he’s playing in the top six, he’s going to get chances to rack up points.

Klim Kostin hasn’t done much this season, but I’m willing to take a chance on him this week. The kid is skating on the top line with Connor McDavid, but his ice time has been very inconsistent and he isn’t seeing any power play time. That might change over the next couple of games, but regardless, McDavid makes everyone around him better and Kostin is a big body that can go to the net. If he slips down the lineup, we can drop him and move on to someone else.

With Tristan Jarry out of the lineup due to a lower-body injury, Casey DeSmith is going to be counted on to carry the load over the next couple of weeks. He’s playing on a very good hockey team and has some pretty elite matchups this week. His numbers on the season aren’t amazing, but he’s a short-term solution for a team desperate for some goaltending help. As long as he doesn’t lose starts to Dustin Tokarski, he’s worth considering in all formats.

It takes all kinds of players to win a fantasy hockey championship. Some players are good at scoring goals and racking up points, while other players are good at doing the little things. Alexandre Carrier isn’t going to get a ton of points, but he’s become very good over the last two weeks at blocking shots. Nashville has been giving up a ton of scoring chances, which has given Carrier a nice boost. He has 15 blocked shots in the last four games and is playing close to 20 minutes a night. If you’re in a league where blocked shots are important, he’s a player to consider adding.