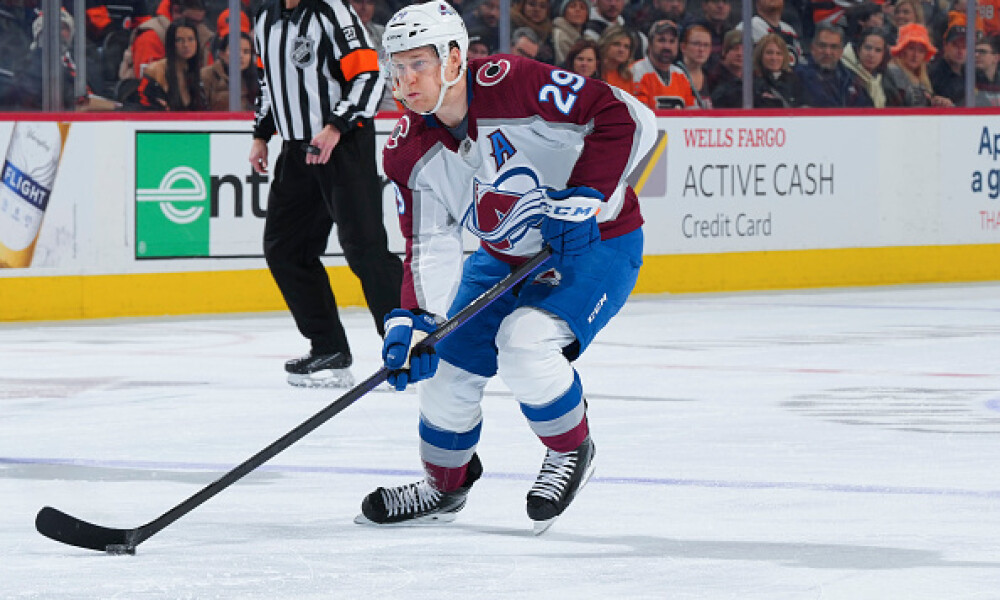 To the surprise of absolutely no one, Jack Eichel will not be in the lineup for the Sabres when they open up their season on Thursday. The former captain still hasn’t had surgery to fix his neck issue, and there doesn’t seem to be any movement by either party on what type of procedure he should get. If he’s on your fantasy hockey team, get ready for a VERY long season.

Nathan MacKinnon remains out of the lineup due to COVID-19, but the expectation is he may be able to make his season debut next week. This isn’t a long-term thing to worry about, so fantasy owners should just hold tight and look for a short-term replacement.

The Pittsburgh Penguins will be without their two best players to open the season, but we may see Crosby back before Malkin. The Penguins captain is dealing with a wrist injury, but he was a full participant at practice on Monday, but he’s going to need some additional time before he can make his season debut.

As for Malkin, There’s a real chance we don’t see him in the lineup before December. He’s recovering from knee surgery, and the timetable as of now is AT LEAST the first two months, so it could be longer. If you took a risk and drafted him, best to stash him away on IR and wait for more news towards the end of the calendar year.

The Maple Leafs will be without Auston Matthews for their first three games of the season due to a wrist injury. This is a huge blow to the team to be dealing with this injury right out of the gate, but you have to believe management wants to make sure that Matthews returns to the lineup at 100%, so some extra rest won’t hurt them this early.

John Gibson is day-to-day with a lower-body injury and we have no timetable for his return. He suffered the injury against winnipeg, and wasn’t able to suit up for the next game against Minnesota. IT doesn’t sound like it’s anything serious, so the veteran netminder might be ready to go on Monday.

Islanders goalie Semyon Varlamov is out of the lineup due to a nagging injury and is currently on IR. We don’t know when the veteran goalie will return, but it looks like it won’t be any time soon. Ilya Sorokin will handle the starting job until he is able to return.

Mark Stone sustained an undisclosed injury against the Los Angeles Kings and there is no timetable for when he may be able to return. It could be a short-term injury, or it could be something that bothers him all season. He was off to a great start to the season, so let’s hope he can return sooner rather than later.

In his first game as a Leaf, Petr Mrazek was unable to finish the game due to a groin injury. It wasn’t the start he was hoping for, but it should shock no one that Mrazek is hurt. This has been an issue in his career, but for now, head coach Sheldon Keefe doesn’t think the injury will keep his goalie out long-term. We should get more news at the beginning of the week.

It looks like Max Pacioretty will be out of the lineup for about six-week after breaking a bone in his foot blocking a shot. With Stone already questionable, this is a huge blow to Vegas, and fantasy owners. Will see who takes his spot in the lineup, and if that player is available on the waiver wire, it would be best to scoop him up!