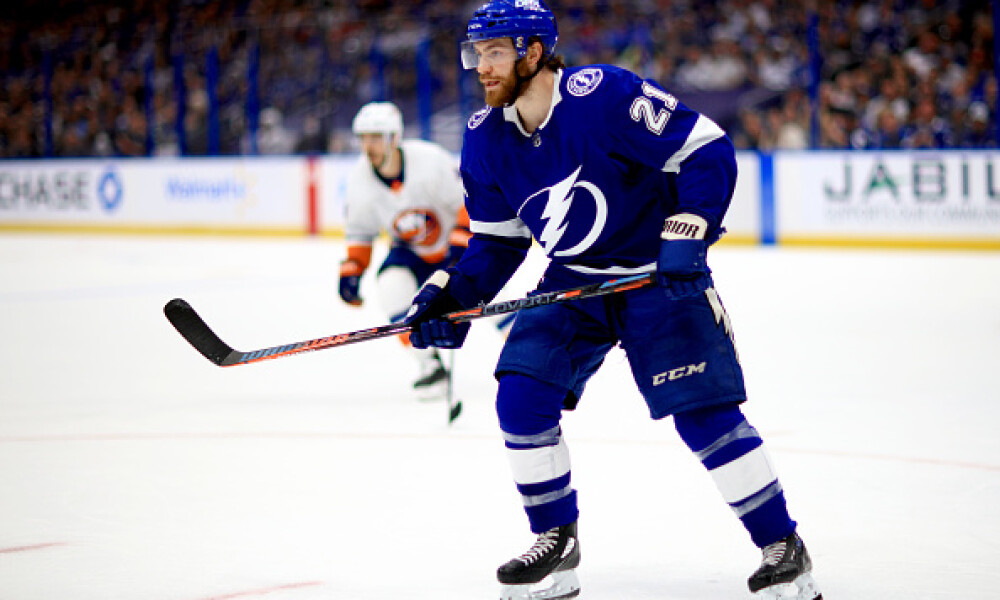 What a crazy game five we had between the New York Islanders and the Tampa Bay Lightning. No one expected an 8-0 game, and I don’t think we will see a similar result tonight. This game should go back to be a tight defensive game, so let’s look at some players we should be targeting.

In the captain spot, it’s best to pay up for Brayden Point. He’s been a machine in the playoffs, and despite the high cost, he’s worth every dollar. If you want to save some salary at that spot, Alex Killorn is worth considering. Both players will be in my lineup, so just decide who gets the important top spot.

For the rest of my lineup, it’s going to be filled with more Tampa Bay players. Even if this game goes back to being a tight one, the Lightning were dominant in game five, and I can’t see that going away in this game.

The best value player from either team is Anthony Cirelli. He’s less than $5K on DK and is skating on the second line with Killron and Steven Stamkos. I would stack this entire line in a Showdown lineup and be very confident. The top line gets a lot of respect, but this second line has been fire, and they could all hit value in this game.

On the back end, Victor Hedman is the only defenceman I would consider playing. The Islanders don’t have many great options, and there’s no real reason to go down the list and play someone like Mikael Sergachev. Hedman will be popular, but I’ll gladly eat the chalk if it means getting into the money.

Since we can’t only roster Tampa skaters, my Islander single-bullet will be Kyle Palmieri. He is expected to skate on a line with Mathew Barzal and Jordan Eberle and continues to see time on the second power play unit. He’s affordable and has a ton of upside, which is all we are really looking for here. He’s been decent in this series, but we know what type of competitor he is, and it wouldn’t be crazy to see him go off in this must-win game.

As for goalies, I don’t want any part of them. Semyon Varlamov should get the start here, but I refuse to pay a premium for him, and Andrei Vasilevskiy is just too expensive. Goalies in a showdown slate can work, but I don’t see tonight being one of those nights.