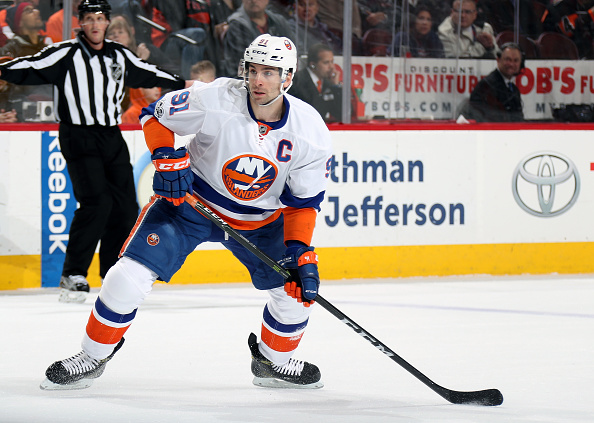 It is never easy to foresee the unforeseen. Injuries happen every day in the NHL and here at FantasyAlarm, our goal will be to help you try to stay on top of those maladies. Counting all the latest bumps, bites, and bruises, there were 126 players held out of lineups. Five of those are long term injuries from a previous year. Those players are likely not to return or have retired. That leaves 121 who have been hurt this season. Here are some of the more notable ouches out there and their possible prognosis on this Friday. Periodic updates and returns are provided as well. The latest walking wounded is listed below. Injury reports do not include the many players that are resting unless an “undisclosed injury” is mentioned.

John Tavares is out for the rest of the regular season with a leg/hamstring injury. People will blame the ice for the freakish injury but it was just an unfortunate accident. No one has been clear whether it was a torn or pulled hamstring. Tavares was shut down more for fear of reaggravating the injury. This indeed was a huge blow for many in their fantasy hockey playoffs. He will be fine for next season. There is a very slight chance the Islanders could make the playoffs so there may need to be an update next week.

Tyler Johnson is out day to day with a lower body injury. He was held out of Thursday’s game against Toronto. This Is something to monitor as Tampa must win out and then need help just to make the playoffs. Every game counts. Johnson missed three weeks, played a game, and then was right back on the injury report. This is a situation that must be monitored throughout the afternoon as Tampa plays Montreal tonight. The early indication is likely a no go. 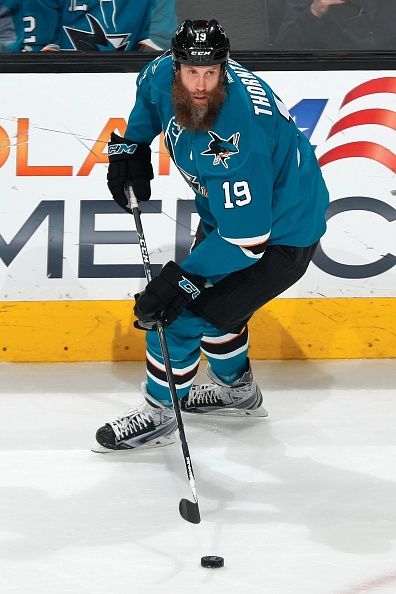 Joe Thornton is recovering nicely but is day to day with a knee injury. He is believed to be good to go for Game 1 of the playoffs. That means his regular season is finished. Even if he was healthy, Thornton probably would not be risked over the weekend anyway. The center has fallen a lot in fantasy hockey circles but is still a good catalyst. With both top San Jose centers out, the Sharks have struggled mightily this past week.

Jordan Weal is day to day with an illness. This was significant more for the last minute nature of his scratch on Tuesday than anything else. Hearing a player is out right around 7:00 pm ET on a busy Tuesday is never good. Fortunately, it does not seem this is one of those long-term bugs. It is just a normal case of the flu/sinus infection. Check his status for the weekend as the thought is he should be able to play on Saturday.

Kyle Okposo is out for the season with an illness. For now, he is currently in the ICU at a local hospital so that he can be treated. No one knows what the prognosis is just yet. This transcends hockey given the fact that the neuro department is handling his care. Hopefully the winger starts to get better soon as he has a bit of a long road ahead. Our thoughts are with him, his family, and hockey family.

Chris Stewart may be back as soon as the weekend as well. He was held out due to an illness. The Minnesota forward was seeing an uptick in offense and ice time. This is not expected to be serious but it sure does seem that a lot of players are sick again around the league. Is it the compressed schedule from the bye weeks? That is a theory being floated about. The advice is to just keep an eye on teams heading into the playoffs. Three days of relative rest may be the best thing the doctor could order.

Mikko Rantanen is day to day with a lower body injury. His return over the weekend is at best questionable currently. The Colorado forward was looking good on a line with Nathan MacKinnon and Sven Andrighetto. His chances of playing at all is probably 50-50. No one would be surprised if Rantanen was shut down for the season. 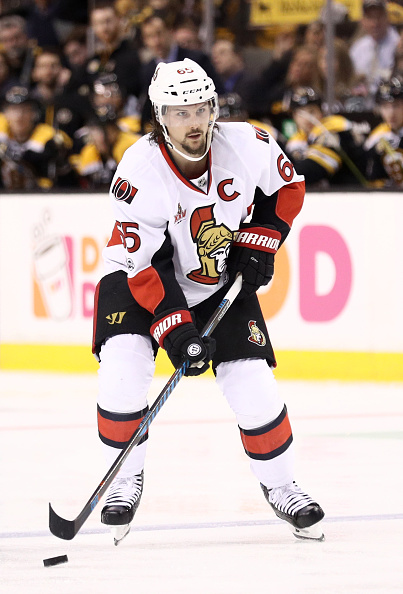 Erik Karlsson created a little panic just by being held out of Thursday night’s game against Boston with a lower body injury. It is believed to be the foot that was swollen from blocking a shot last Tuesday against Philadelphia. The only thing that can be done is rest. Karlsson could even return over the weekend but Ottawa will not rush this injury. They cannot afford to. Ottawa has also clinched a playoff spot and yet could avoid Washington. How much risk is worth it just to avoid Washington? That is the question. Keep an eye on Karlsson anyway.

Cam Fowler is out at least two weeks (and maybe as many as six) with a knee injury. It is believed to be an MCL sprain but the unknown is the severity. The mildest sprain is about two weeks and the worst is around six or so. He suffered the injury against Calgary after a nasty knee on knee hit from Mark Giordano of all people. It seemed accidental but the consequences are hardly. Anaheim’s best defenseman could be out for potentially a round or more.

Anders Nilsson is day to day with a lower body injury. After coming in for relief earlier in the week, he made 39 saves and then the injury seemed to surface in practice. That is speculation but Nilsson is probable for the weekend. The tender groin has healed enough so it was probably just a slight tweak. Will he start or will Robin Lehner? Stay tuned!

Chad Johnson suffered a lower body injury earlier in the week which forced Calgary to bring up Jon Gillies for a start. All Gillies did was stop 27 of 28 shots in the win. Johnson may see some work this weekend so check to see if Gillies is sent down. If the third stringer stays up, then the obvious resting scenario has been enacted. Calgary still has positioning to worry about but they would start Brian Elliott more than likely on Saturday.

Chris Wassel can be heard on Fantasy Hockey X every week and on various places throughout the internet. He can be followed on Fantasy Alarm and Twitter @ChrisWasselDFS. A special thanks this week to nhl.com, Helene Elliott, Pete Jensen, Eric Stephens, Dan Rosen, and Selene Parekh of The Fantasy Doctors for all their information. A special thanks goes out to all the beat writers that make this column possible each week.