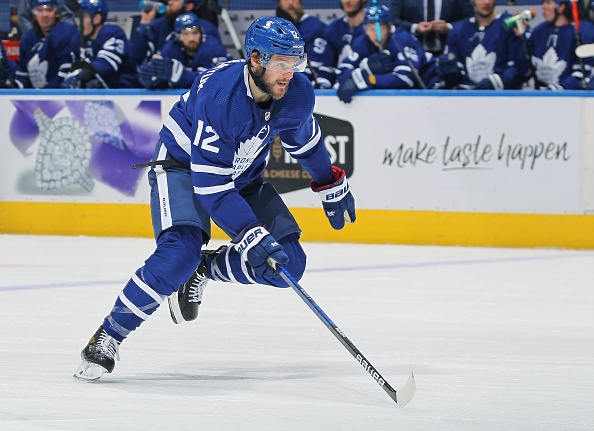 I know, this is a bold one to start with, but hear me out for a minute. Carter Hart can’t stop a beach ball right now, and the team has decided to give him some extra practice time to work on his game. At this point in the season, that isn’t going to help him. This is just a loss season for the kid, and who knows, maybe the Flyers decide to send him to the AHL. All that to stay, Brian Elliott is going to see more starts, and this week is especially important for Philadelphia. They have a date with the Sabres, and another one with the Islanders. Even if he doesn’t win both games, I don’t expect the veteran netminder to get lit up like Hart. It’s definitely a risk, but with fantasy hockey playoffs around the corner, we need to maximize every opportunity, and this is one of them.

Don’t look now, but coming into tonight, Eeli Tolvanen has seven points in the last five games and is seeing time on the top power play unit. Filip Forsberg has missed the team’s last three games, so that might be a reason why the kid is seeing more ice time, but he’s making the most of it. Even if he’s a temporary solution, he’s hot, and deserves to be on a fantasy team.

The Philadelphia Flyers put Shayne Gostisbehere on waivers, which says a lot about what the team thinks of him. The Flyers are playing some terrible defence, but they’re willing to part ways with a player that is only 27-years-old. I don’t think he’s that bad that he should be waived, but Philadelphia might just be trying to see if anyone is willing to take him and his salary off their hands. He can still contribute on the power play, and there are a ton of teams that could use his services. If you have an extra roster spot, it might be worth adding Gostisbehere. We don’t know if he’s going to be part of this team in a few weeks, but if he does find a new home, I think he can be very productive down the stretch.

Since joining the Maple Leafs, Alex Galchenyuk has four points in five games while playing close to 12 minutes a night. The ice time is a concern, but he’s currently skating on the second line with John Tavares and William Nylander. He isn’t seeing any power play time, but that’s not a concern considering Toronto has one main unit, and a second one to come on when the first unit is tired. If Galchenyuk can hold down that second line role, we could see him produce at a point-per-game pace down the stretch. It’s definitely high expectations, but for the first time in almost forever, he’s playing with really good linemates, but it’s up to him to prove to the coaching staff that he deserves to be there.

If you’re an active reader of the NHL Playbook, then you know I love to play Jason Robertson in DFS. The kid has five points in the last five games, and is playing close to 20 minutes per night. That’s a crazy amount of ice time for a rookie to be seeing, but we won’t complain. The Stars currently sit outside of the playoffs, so they are going to need to turn on the jets and start winning some hockey games, and Robertson can definitely produce. As long as the ice time is there, he’s worth considering in deeper formats.