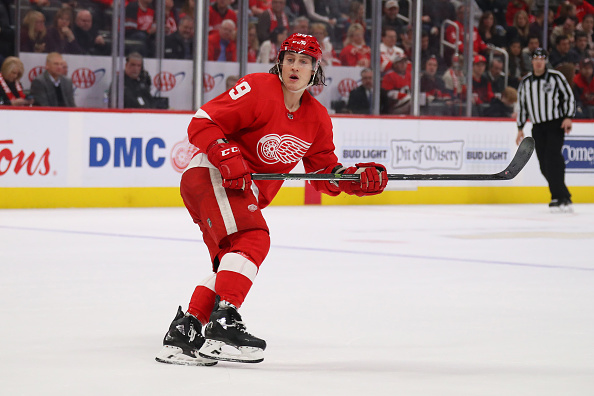 As bad as the Red Wings have been this season, Tyler Bertuzzi is on pace to set career high in goals, assists and points. He has 16 goals in 48-games playing on the worst offensive team in the league. Once Anthony Mantha returns to the lineup, this will give Detroit at least one decent line, and the 24-year-old will be on in and contributing. If you need a player who can collect points and help you in secondary categories (hits, blocked shots), Bertuzzi is the perfect to snag off the waiver wire.

My Igor Shesterkin recommendation from last week didn’t really work out as I thought it would, so let’s take a chance on another goalie. With Carter Hart out of action for two-to-three weeks, Brian Elliott is most likely going to see the bulk of the starts heading into the All-Star break. In my injury report (which you can read here), I originally mentioned Alex Lyon as the goalie to target, but I’ve had a change of heart since. Elliott has been a trash can this season, but he was impressive against St. Louis, while Lyon was average at best against Montreal. It’s a small sample size, but it’s likely that the Flyers roll with their veteran goalie until Hart is ready to return. They only play three games from now until the end of the season, and two of those games are against their division rivals the Pittsburgh Penguins. The veteran netminder does carry a high level of risk, but fantasy owners who are desperate for some short-term goalie help, he’s an option to consider.

With Sergei Bobrovsky and Chris Driedger both out due to injuries, Sam Montembeault is going to get the bulk, if not, all the stars for Florida for the remainder of the month. He was alright in relief against the Los Angeles Kings-- allowing three goals on 26-shots-- but Ido think he has some fantasy value over the next few weeks. The Panthers play Detroit, Minnesota and Chicago to close out January, and have a date with Montreal at home to start February. That’s a pretty soft schedule, and should Montembeault be called on to start all those games, I think he can be very good and put up some above-average numbers. Like Elliott, he’s a short-term solution that could work out nicely.

With William Karlsson out of the lineup, Paul Stastny has been bumped up to the second line with Mark Stone and Max Pacioretty. The veteran forward is having somewhat of a down season-- scoring ten goals and adding 13-assists in 50-games-- buy maybe this most recent promotion will help convince new head coach Peter DeBoer to leave him there. He picked up a goal and an assist last game against Ottawa, and he could have another productive night against Montreal. He available on Yahoo! and ESPN, so if you need a centerman in the short-term, Stastny is the best option.

I don’t like talking about player we’ve already mentioned in a previous waiver wire article, but sometimes, you just have to keep telling people to do something that shouldn’t need to be explained. Kailer Yamamoto has five points in seven games for Edmonton, all while seeing zero power play time. You have to think that at some point, the kid is going to get his chance to see second unit work, and imagine what he could accomplish if he started seeing top power play work! James Neal has revived his career playing on that top unit, and you have to believe that Edmonton might want to give Yamamoto that chance at some point down the road. In the meantime, the 21-year-old is going to have to do his damage five-on-five. He’s playing with Draisaitl and Nugent-Hopkins, and that’s helped him pick up points on a regular basis. He’s also averaging just under three hits per game, which is kind of surprising considering the kid is listed a 5ft8 and 158 lbs. Considering all that, there’s no reason for the kid to be 5% owned in Yahoo! leagues. He’s not a short-term fix like some of the other players mentioned above, he could be a serviceable fantasy player in the second half that helps you win a championship. Stop sleeping on him and add him!