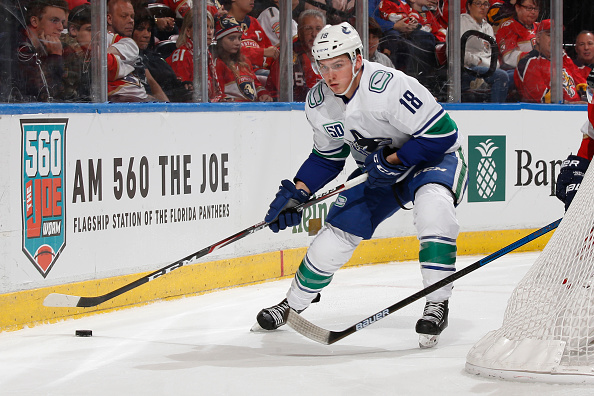 I almost fell off my chair when I noticed that Tyler Ennis has 30-points so far this season. The former first-round pick seems to have found a home in Ottawa, and while he may not finish the season there, for now, he’s fantasy hockey relevant. The 30-year-old is an option to consider in deeper formats if you team is dealing with the injury bug.

With the news that Tomas Hertl is done for the season due to a knee, The San Jose Sharks are running out of options at center. At some point, Joe Thornton is going to get the chance to play on the top line, and that will once again make him relevant in the world of fantasy hockey. He only has two goals this season, but the veteran forward isn’t known for his goal scoring abilities. He will get the chance to play a lot, and the increase in ice time should lead to more points. As long as he is playing in a Sharks uniform  and Couture is out of the lineup, the ageless Thornton is worth a look if you need the depth.

Last week we talked about Tanner Pearson as a waiver wire option, and this week, it’s his teammate Jake Virtanen. The 23-year-old is having a breakout season with 15-goals and 31-points in 52-games. He’s been a nice surprise for the Canucks, and that has helped them make a run for the top spot in the Pacific Division. He’s a candidate to finish with 25-plus goals this season, but his ownership is 16% on Yahoo!. I expect Vancouver to continue to use him with Elais Pettersson at five-on-five, which means his production shouldn’t slow down as we enter the final stretch of the season. Virtanen is more than just a depth player, he’s a legit fantasy hockey option.

As the Montreal Canadiens continue to try and keep their playoff hopes alive, Nick Suzuki continues to prove that he can be one of the better players on this team. The 20-year-old is skating on the second line with Joel Armia and Ilya Kovalchuk. Since moving to center, the rookie looks even more dynamic and his skill is starting to evolve. With Jesperi Kotkaniemi now in the AHL, Suzuki won’t have anyone pushing him back to the wing. He has 32-points this season, but it wouldn’t shock anyone to see him finish with 50-plus points. The sky's the limit for this kid, and we haven’t even scratched the surface of what he can do.

There’s no question that the Detroit Red Wings are the worst team in the league. They are a flaming pile of trash, but they still have some players who can help fantasy owners down the stretch. Filip Hronek is one of those players. The 23-year-old is seeing a healthy amount of ice time and is playing on the top power play unit. The Red Wings will always be playing catch up hockey, which means Hronek will be on the ice a lot. If your league doesn’t could the plus-minus stat ( and it shouldn’t), he’s a nice player to target. His 26-points in 51-games isn’t something to write home about, but no one on that blue line is good enough to challenge him for ice time. As long as he’s playing a lot, he’s an option in deeper formats.