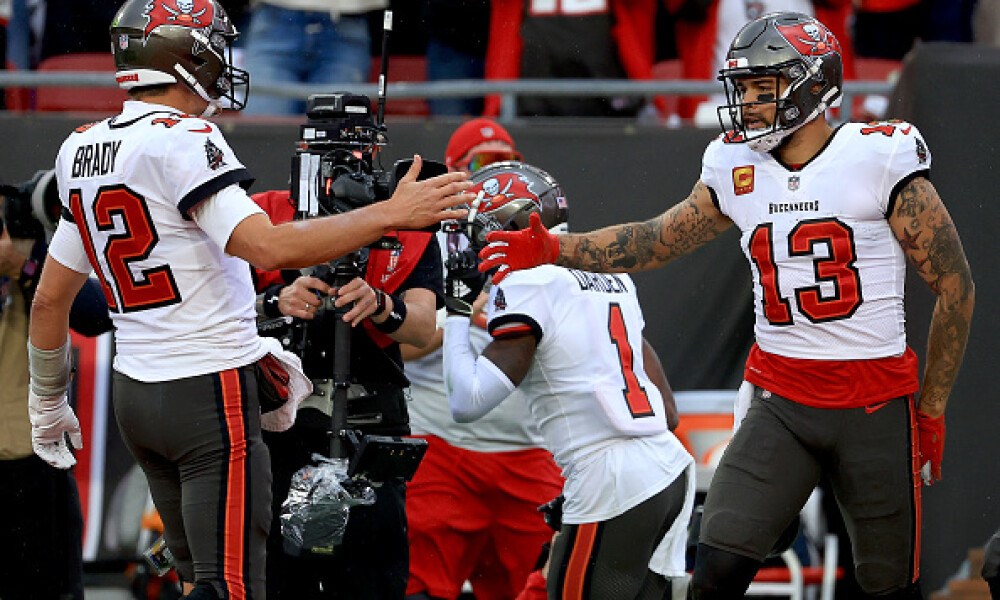 Welcome to the weekly wide receiver/cornerback breakdown! We will review each of the outside matchups, as well as my three favorite matchups in the slot. Then, below the charts in this article, I break down my elite, affordable, and bargain picks for DFS purposes. We are on to the Divisional Round, so the slates get smaller, but that doesn’t change the chance to win some big DFS money. There are only a few weeks left until the season is officially in the books, so don’t pass up this opportunity to win. Follow me on Twitter (@fightingchance) as well!

Now, here are my three favorite matchups in the slot for the Divisional Round

The Packers are coming off a bye, they are at home, Adams made the 49ers defense his bitch in the beginning of the season and he has been among the top three to five receivers all season long. He is the number one, two, and three options in this passing game, and has no real competition for being the top target. The 49ers defense is predicated on the defensive line getting pressure and top rusher Nick Bosa and their top linebacker Fred Warner are both less than 100%. Cooper Kupp is also an amazing choice, but it is just so hard to look away from Adams as he is the alpha of this offense especially when the run game likely struggles against San Francisco.

There are a lot of elite options, but Deebo continues to score almost every week and he is a threat both on the ground and as a receiver. The Packers have allowed 31 passing touchdowns this season, and I just don’t see them as an unbeatable number one seed. Samuel is the focal point of the offense as he is a threat in every facet of the game and can’t be ignored. There are few receivers that are going to touch the ball as many times as Samuel will on Saturday night and he is an incredibly good bet to score a touchdown in the Divisional Round.

Sure, it isn’t a good matchup with one of the best corners in the league, but Tom Brady is running out of options to throw to, and Evans is by far the best one. I mean he was a reliable option all season long even when Chris Godwin and Antonio Brown were healthy (or when they didn’t tear off their jersey mid-game and throw clothes into the crowd). This is Tom Brady and the playoffs, and he has made stars out of lesser players, and Evans is actually a near elite talent. Evans is a great touchdown scorer with 27 in the last two weeks and is a great bet to score every Sunday. You want a part of this compromised Tampa Bay passing game and his salary is lower than it should be in my opinion and Evans is great option.

I have to admit this pick comes with a little trepidation as he has not been himself the past month or so, but the fact that he had five catches (albeit on only five targets) gives me hope that he is getting back to normal. It is crunch time for the Chiefs and they are going to need their bread and butter to both be solid to get by Buffalo. Not sure which of Tyreek and Kelce is the bread and the butter, but we know those are the top two options. Hill is a dynamic talent with speed to burn who can take any reception and bring it the distance to the end zone. Buffalo was the top defense against the pass this season, but there are only four games and Hill is an unquestioned top ten receiver. To get him at the price he is this week is just begging you to play him and I think I am taking the bait.

My distaste for this guy is well documented. Beckham is my least favorite player in football. However, I have to be unbiased when I am giving you guys advice, and he can’t be ignored this week. Sure, Cooper Kupp is going to get the majority of the targets, that is a given. But Beckham is talented enough to do good things against the defenders on him, and he has been scoring like crazy. There should be no weather concerns for this one and this game should be played in the air a lot. I would like to see him get more targets, but he has been doing a lot with what he has been given and can even be used on a run play or perhaps even throwing the ball. I might not like him but the talent is there and the price is very reasonable for him to possibly be even the third receiver in your DFS lineup.