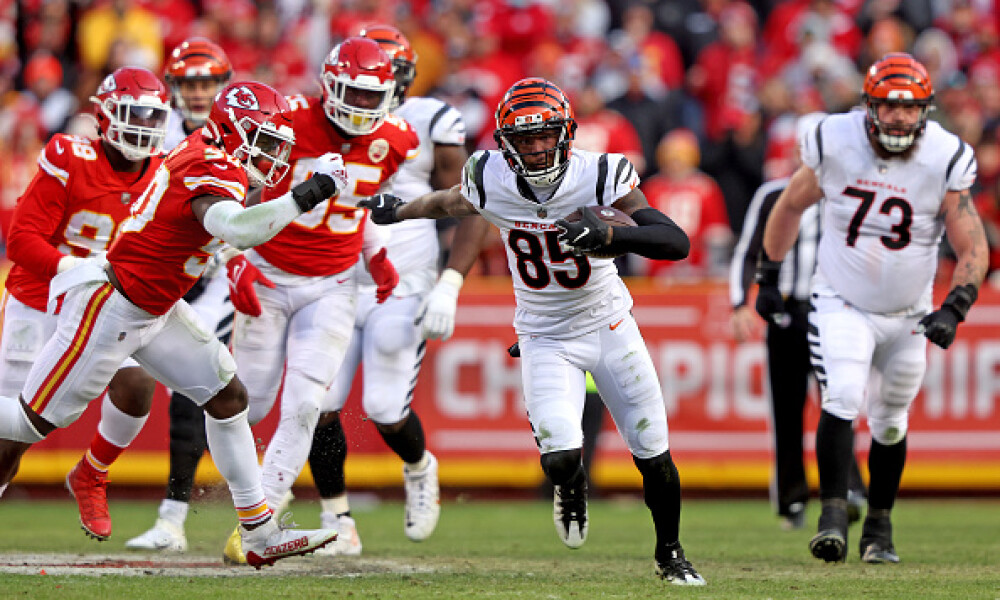 This is it! We are to the Super Bowl and the final game of the NFL season. Welcome to the final wide receiver/cornerback article of the season. With only two teams playing we will go over both sets of outside receivers and both slot receivers. Then, below the charts in this article, I break down my elite, affordable, and bargain picks for DFS purposes. This is our last chance to win some DFS money, so let’s make it count. Thank you to those who have read all season and I hope that the article has helped you make some winning choices this season! Follow me on Twitter (@fightingchance) as well!

Now, here are the matchups in the slot for the Super Bowl

This is the last time I have to write this season about what a no brainer Cooper Kupp has been. It doesn’t matter how much teams try to take him out of the offense, somehow it just doesn’t happen. The Cardinals are the only team all season to keep him under 90 receiving yards and he has a touchdown in eight of the last nine games. He certainly isn’t cheap, but he is also nearly a lock to give you a good return on his salary. The Rams don’t run the ball really well, and Kupp is the motor that makes the passing game go. For the final time, Kupp is an amazing option to get into all DFS lineups for the Super Bowl.

I like Higgins and Beckham here, but I went with Higgins for a couple of reasons. First, he has had more good games for the Bengals this season than Beckham did. Odell had a bunch of touchdowns, but if he didn’t find the end zone, he would have had a lot of ho-hum fantasy outings. Second, I think the Rams have more of a chance to hold down Ja’Marr Chase than the Bengals do of limiting Cooper Kupp. So, if one team is going to rely more heavily on their second-best receiver, I think it will be Cincinnati. I also assume that C.J. Uzomah will not be able to play or will be very limited, which should open up more targets for him over the middle. Higgins has had a very productive year and career, and while the Rams secondary is very good, I still think he has a reasonable chance at 14-17 fantasy points in PPR scoring in the big game.

There really aren’t fringe receivers to consider on either team as both only really use three receivers. Sure, the Rams have Ben Skrowonek but he will probably be running laps for a month after dropping that sure touchdown in the NFC Championship. Boyd runs shallow routes, but he still does get a good number of targets, and I have more faith in him than I do Van Jefferson who is the only other receiver in this salary range. Personally, I would probably take one of the tight ends (depending on health of course) or Shooter McPherson (or Money Mac) if you prefer Bengals kicker Evan McPherson. But if you are looking for a lower salaried wide receiver, Boyd is the much better option with more targets and at least he had a nice string of touchdowns towards the end of the season.