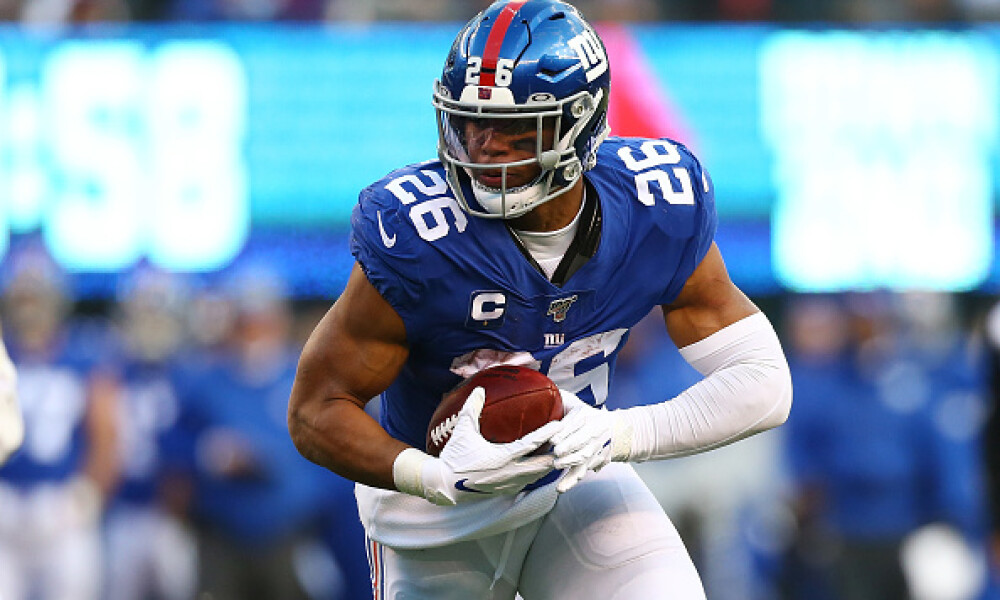 As we gear up for NFL Week 10 DFS research and lineup building, it's always important to go back to the previous week and see what lessons need to be learned. For me, and probably for some of you, it's about lineup construction, primarily for cash games. For GPP tournaments, you cannot expect to cash each and every week because, in order to win, you need to take some chances. For cash games, it's about the high-floor, not the high-ceiling. Sure, there are guys like Tyreek Hill who have both, but getting all of them into your cash lineup is, obviously, difficult due to price. But we aren't talking about the high-floor vs high-ceiling debate here. We are talking about using too many chalk players in your lineup. It's a common mistake and something we all need to be very conscious of when we are putting our lineups together.

Deon Jackson was a complete bust this week, but he didn't hurt you in your cash games because he was somewhere in the neighborhood of 80-percent owned across the board. A free square like that, you have to take. But you cannot do that with every player and that's where the issue was for many of us. Josh Allen was highly-owned. Jackson, Travis Etienne, and Kenneth Walker were highly-owned chalk plays. DeAndre Hopkins, Amon-Ra St. Brown and Joshua Palmer were also highly-owned chalk plays. Having too much of that in your lineup doesn't allow you to move up enough when one of those players does something big because you're moving up with 40-50-percent of the herd. You need to find ways to differentiate from the herd but still with high-floor players, so in my cash lineups where I had Christian Kirk and Curtis Samuel, things moved a lot better.

This way, when someone like Joe Mixon or Davante Adams goes off and you don't have them, you still have other less-chalky players in your lineup who can get you over that cash line. I will certainly be more conscious of this when building the Example Lineups and together we'll be cashing all over the place here in Week 10.

We've still got our 7-day free trial (promo code BENDER) going on right now, so before we get to the players we are studying in this week's DFS Watch List, please allow me to welcome some of the new faces at Fantasy Alarm. Whether you have played daily fantasy football before or not, we appreciate you giving us the opportunity to help. So please allow me to give you the Welcome talk.

While we didn't have Joe Mixon or Davante Adams in the NFL DFS Playbook last week, we still had the top three quarterbacks, four of the top-five scoring running backs, five of the top-10 wide receivers and two of the top-five scoring tight ends. The wide receiver and tight end ratio certainly could have been better, but once again, people built some seriously strong lineups for both cash and GPP contests. Hell, we even had a $10K winner which you can catch the screenshot in the Winner's Circle on our Discord channel.

Let me remind you that using our Example Lineups as your own is not what you should be doing. If you did, you lost. As I said up above, my lineup builds were weak as I used too much chalk and I also opted to invest in the Detroit Lions receivers instead of Christian Kirk and Curtis Samuel, both of whom I liked. That's where the error was. It wasn't that Deon Jackson sucked. He was 80-percent owned. That shouldn't affect you. Same with Josh Allen. Yes, Justin Fields out-produced him but Allen was one of the highest-owned quarterbacks, so it wasn't there. It was having too much chalk which means even if they do hit, you aren't moving up because everyone is in the same boat. I should have just taken the free squares and deviated away from some of those high-end chalk plays. Something I still seem to need to remind myself of, so let's just chalk that up (no pun intended) to a lesson learned.

All set? Are you ready to start diving into an early look at Week 10 NFL DFS? Let's do it!