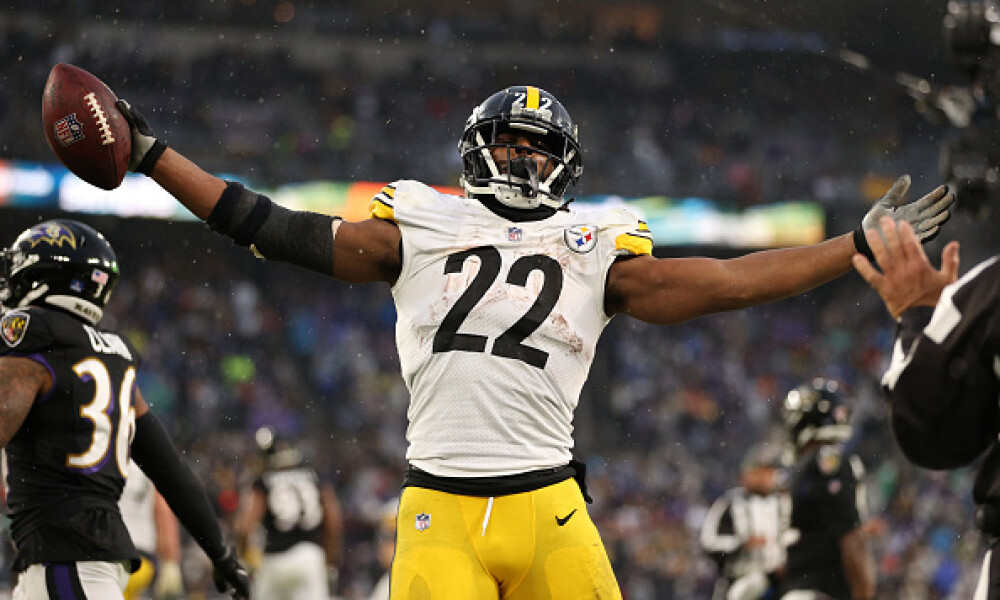 Split backfields are a pandemic in fantasy football. Once upon a time, running back was a linear depth chart in the NFL. You had your starter and your backup. Starter gets hurt, backup goes in. One season Priest Holmes got 320 carries and his backup, Larry Johnson, got 20. A couple of years later, Larry Johnson got 416 carries and his backup got 36. It made fantasy football rankings easy. In the early 2000s, the first round of every fantasy football mock draft at this time of year was entirely comprised of RBs. And they were all likely good picks. In 2003, there were 13 running backs that got over 300 carries. Last year there were two.

It’s a different game now. The linear depth chart is mostly gone and the “running back by committee” approach is here to stay. We can no longer look in the newspaper to see who won the starting job at camp and lock him in for 300+ touches. It’s a different game. Nowadays, we need to focus on figuring out who is going to get the high leverage touches that will maximize our fantasy points. And the more I’ve thought about it this offseason, the more I care about one word: Fear.

As Roseanne Cash famously said, “the key to change is to let go of fear”. But here’s the thing - in fantasy football, we don’t want change. We want fear. We want the coaches to be TERRIFIED that, if our player isn’t on the field, the outcome will be catastrophic. Just ask Cincinnati Bengals coach Zak Taylor. At the very end of the Super Bowl last year, down by three with the clock running down, he left Samaje Perine in the game rather than sending in Joe Mixon. On 3rd and one, Perine was stuffed on a pivotal run. Then, on fourth down, he failed to make the catch. Then the game as over. The biggest game there is. Here is what Taylor had to say about that, per James Rapien.

“We were in 2-minute mode and Samaje has done a great job. His role has really been as a protecting back and a lot of the things that come with that," head coach Zac Taylor said on Wednesday. "It’s one of those situations where I called the play a little later on the clock. And so, I was the one that said leave him in there. Justin Hill, our running backs coach, asked if we wanted to make a change. I said, 'just leave Samaje in there.' Obviously, it didn’t work out for us. Whether Joe is in there or not, he’s certainly deserving of the opportunity in a key moment in a key game to try to get it for us as our featured back. That’s just one of the decisions you make in the moment and you’ve gotta move forward with it."

Does that sound like a guy who is happy with the decision? With the outcome? It sounds like a guy who looks back on the situation and realizes that, had they not wasted time on the play clock, they should have had their superior back Joe Mixon in the game. A guy that recognizes that running back coach Justin Hill wanted Joe Mixon in there. Do you think that’s a mistake that Coach Taylor will make again? Do you think he’s not scared of what the outcome might be if he doesn’t have his best players out there?

We’ve seen this materialize on a season-long basis before in places like Dallas - multiple times now, in fact. DeMarco Murray in 2014 was the best back on the team. In all facets. Sure, they used Joseph Randle to spell him for some run downs and Randle had 300 yards from scrimmage. They used Lance Dunbar on some pass downs and he had 300 yards from scrimmage. But when push came to shove, Murray was the best runner. He was the best pass catcher. He was the best pass blocker. And even with a broken hand, he was the guy who delivered. That’s why he was the RB2 in fantasy that year, behind only Le’Veon Bell. And it’s not much different now with Ezekiel Elliott. Tony Pollard is even MORE capable than Randle and Dunbar. But when it’s first down or goal line or a key pass down, it’s Zeke in there. That’s why Zeke has managed to be an RB1 in fantasy six straight years. Perhaps the money he’s being paid is part of that. But, at the end of the day, he’s the one on the field in high-leverage situations. That’s why he was RB7 last year and Tony Pollard was RB28.

And that’s what we want with our early picks. We don’t want a “one-two punch” as they have in Denver. We don’t want a running down back and a passing down back like they have in New England. We want a starter that is out there on first down, goal line, and crucial third downs because everyone in the building knows he’s the best at everything. This brings me to the recent comments from Najee Harris.

Najee Harris last year was our shining beacon of hope for the bell-cow running back. He played 84% of the snaps while no other back in the league played more than 75%. But this year, per Kevin Patra at NFL.com, Najee Harris told reporters that he wouldn’t be playing every snap again this year. He said, “I do want to play. A lot.” but also added that “It’s all about being smart. So I understand where they (the coaches) are coming from”.

Now, this is going to have a lot of folks shook if they are just looking at headlines or seeing the quotes in a Tweet. But you also have to look into the quotes from the coaches themselves, like running backs coach Eddie Faulkner. Per the Athletic, in the same breath that he says it’s “hard to keep talent off the field”, he said this

“To be honest, and people think I am crazy when I say this, but he's just built for it. I am not saying just physically how he is built, but how he trains. He trains to play a lot of plays in the game”

Eddie Faulkner in those two quotes told us pretty much everything we need to know. One is that they do believe he can handle heavy workloads. And more importantly, two, is that he is the talent that they are scared to take off the field. Now, take a second to look around that depth chart. Do you see anyone more deserving to be out there on first down? Are they really going to send Benny Snell Jr. down to punch it from a yard out when they badly need a score? Do you see them trusting Anthony McFarland Jr. on a crucial third-down pass play? I don’t. Maybe I see a little bit of Joseph Randle in Benny Snell, coming in after Najee has a big run. Or a little Lance Dunbar in Anthony McFarland, spelling Najee for a pass play here or there. But Mike Tomlin has never had a losing season in his coaching career. And I don’t see him starting now. And the fear of that is what is going to put Najee Harris on the field for high-leverage situations, which is all we can ask for in the modern NFL.