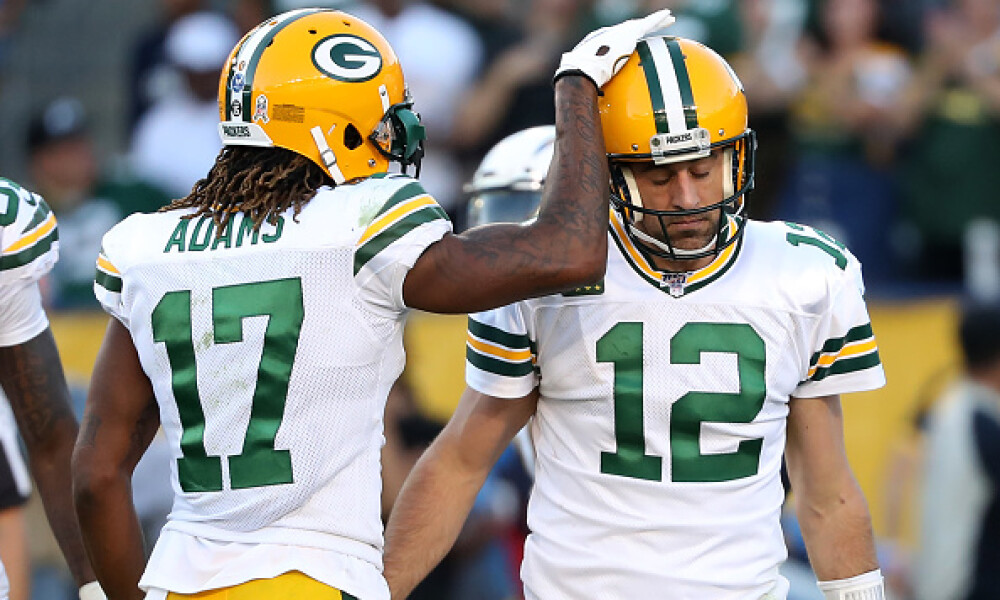 Both the NFL and fantasy football community were stunned with the news that the Green Bay Packers traded star wide receiver Davante Adams to the Las Vegas Raiders  for two draft picks. With Aaron Rodgers opting to return to the Green Bay Packers, surely the same could have been said for Davante Adams, right? RIGHT? WRONG! The Packers have gutted their receiving weapons for Rodgers while the Raiders give Derek Carr an arsenal that features Adams, Darren Waller, and Hunter Renfrow. Let's break it down.

You might be looking at the compensation and wonder if maybe the Packers could have gotten more for the league’s best pass-catcher. Or if they should have found a way to figure things out to keep him. But keep in mind that we’ve seen a similar situation before.  DeAndre Hopkins refused to play for the Houston Texans without a new deal. Therefore, he was refusing to play for any team without a new deal. The trade partners were limited to teams that would pay him a massive new contract. He was traded to the Cardinals for a limited compensation package as the Cardinals essentially traded for the rights to make DeAndre Hopkins the highest-paid wide receiver in the league. Which they did. And that’s what just happened here, as the Raiders are expected to give Adams a new contract of five years and $141 million. Making him the highest-paid wide receiver in the league.  In that sense, the fact that the Packers got a first-round pick out of it is actually huge.

But enough on the trade, let’s look at the winners and losers for fantasy football.

Obviously the big winner here is Derek Carr. He goes from never having an elite wide receiver to getting the best one in the league. Now he’ll have Josh McDaniels drawing up plays for Davante Adams, Darren Waller, and Hunter Renfrow. That should be fun.

I really don’t need to waste a whole lot of time explaining why this is bad for Aaron Rodgers. Just take what we said about Derek Carr and the best wide receiver in the league and it’s the opposite.

For the time being, this makes Allen Lazard the best wide receiver on the Packers. They now have the money to bring Marquez Valdez-Scantling back if they want or bring in another wide receiver like an Odell Beckham Jr. but, for the time being, the incumbents like Allen Lazard and Randall Cobb are the top dogs. And Davante Adams, who have averaged over 10 targets a game for the last four years straight, vacates a lot of targets.

One of Darren Waller or Hunter Renfrow: I say “one of” because there is likely room for one other pass-catcher to potentially get an elite target share. As we’ve written about in the past, it’s rare for three pass catchers on the same team to all get elite target shares. But whoever is second after Adams could still be a high-end player in fantasy if the targets are consolidated enough. We’d bet on Waller with his tight end eligibility but McDaniels has been known to like small, white slot receivers. Bryan Edwards is probably dust.

This is simply a matter of touches. Adams is a legitimate ten touch a game player and he’s also a huge threat in the red zone with 29 touchdowns over his last 30 games. Aaron Rodgers is still likely a star in this league so he’s going to figure out how to make it work. And now Aaron Jones will likely have to shoulder more of the load. Which is good for him in fantasy football.

This is a heartbreaker for all the fans that truly thought bringing back Aaron Rodgers meant getting the band back together to play the hits. Our own Kevin Tompkins and incumbent Packers fan sums up how the fan base is feeling: