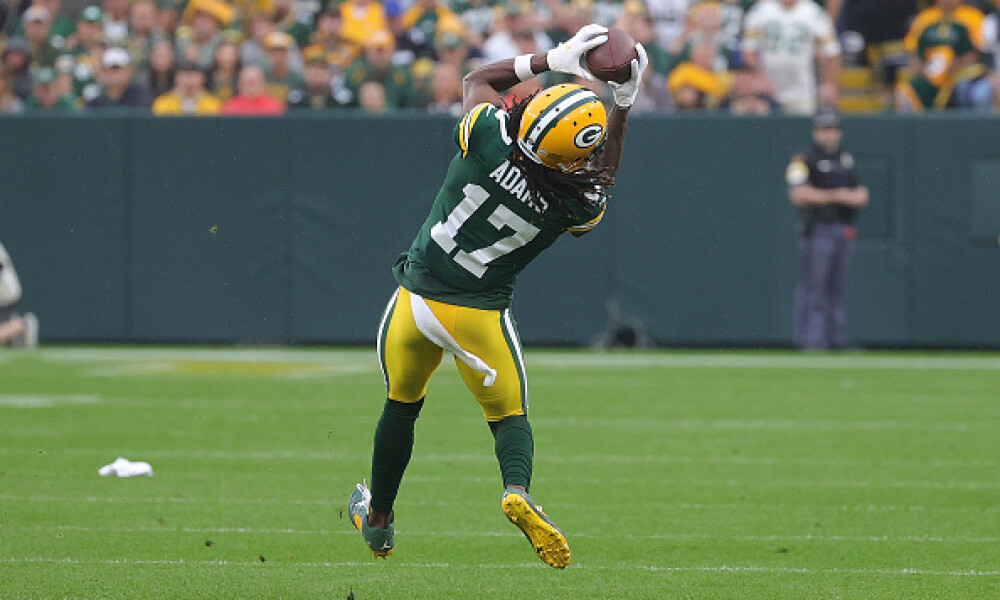 The NFL season just ended, but that doesn’t mean we’re finished talking about football. Truthfully, the NFL offseason can be one of the more exciting times in the sport with free agency, the Draft, and trades – not to mention the rumors and speculation swirling around these events. The legal tampering period for the NFL begins in a little under a month, on March 14, and the gold rush officially begins on March 16 – so we don’t have much time left before free agency hits.

There will be plenty of competition in the free agent wide receiver market this year, as the 2022 class is stacked. Several of these players are also coming off of injuries, making it unlikely that their current teams will franchise them or sign them to a long-term contract. Keep an eye on these five wide receiver free agents in the upcoming weeks.

Davante Adams is arguably the best receiver in the league, let alone in free agency. He has put up over 1,300 yards in back-to-back seasons, and that kind of talent deserves a payday. The Packers, however, are enormously over their cap space – and they have another problem in Aaron Rodgers' future in Green Bay. If the Packers have a snowball’s chance of keeping their MVP quarterback, they will use the franchise tag on Adams and work on freeing up cap space elsewhere to sign him to a long-term deal later. It’s also possible that Adams is franchised and then sent as a package deal with Rodgers in a trade. Finally, there is the possibility that Rodgers retires and Adams does become a free agent. In that case, the Raiders and a reunion with college quarterback Derek Carr could be in the cards. There are several factors in play here, and any of them could happen.

After playing on a franchise tag and suffering an ACL injury in 2021, it is unlikely that Chris Godwin re-signs in Tampa Bay this season on another one-year deal. He’s only 25 years old and has been a productive receiver the past three seasons, so teams will be interested in him even with the knee injury. Though the Bucs have indicated they would like to work out a long-term deal with Godwin but in the event they don’t, Cleveland, Pittsburgh, and Jacksonville are all wide receiver-needy and have plenty of cap space to sign him.

For the first few weeks of the 2021 season, Mike Williams looked like the No. 1 receiver in Los Angeles. His production tapered off around the middle of the year, but he still put up career numbers – ending the season with over 1,100 yards and nine touchdowns. The Chargers are in a highly-competitive division in the AFC West and they’re going to need to keep their offensive weapons to take the title. Fortunately for them, they have the third-most cap space entering the 2022 season – so they could easily spend $18 million to franchise Williams while they work out a long-term deal. If they aren’t able to work out a deal and Williams does enter free agency, Miami, Las Vegas, and Chicago all look feasible.

Everyone thought that Allen Robinson was quarterback-proof, but it turns out that he wasn’t Matt Nagy-proof. Robinson had the worst season of his career, ending the year with a paltry 410 receiving yards and only one touchdown. To make matters worse, it would cost the Bears $22 million in cap space if they wanted to franchise tag him again this season – and there’s a slim chance they’re going to do that when they have glaring needs elsewhere. Robinson still has gas in the tank, so he could have a resurgence on another team. Cleveland, Detroit, and Indianapolis all seem like logical fits for Robinson’s talents and each team has the cap space to do it.

Before his ACL injury in the Super Bowl, Odell Beckham Jr. was garnering a lot of free agency buzz. There were hopes that he could stay in Los Angeles, but with Robert Woods coming back from his own ACL injury – along with the Rams’ cap space issues – it looks likely that Beckham will be elsewhere in 2022. He may not sign right away, as teams will need to assess how well his rehab goes, but he should get offers after the NFL Draft dust settles. Beckham’s injury history may drop his asking price, throwing some teams with lower cap space into the mix. The Patriots and Buccaneers are intriguing options.