2022 NFL OTA Report: Can You Buy Into Mac Jones and the Patriots Revamped Offense For Fantasy Football? 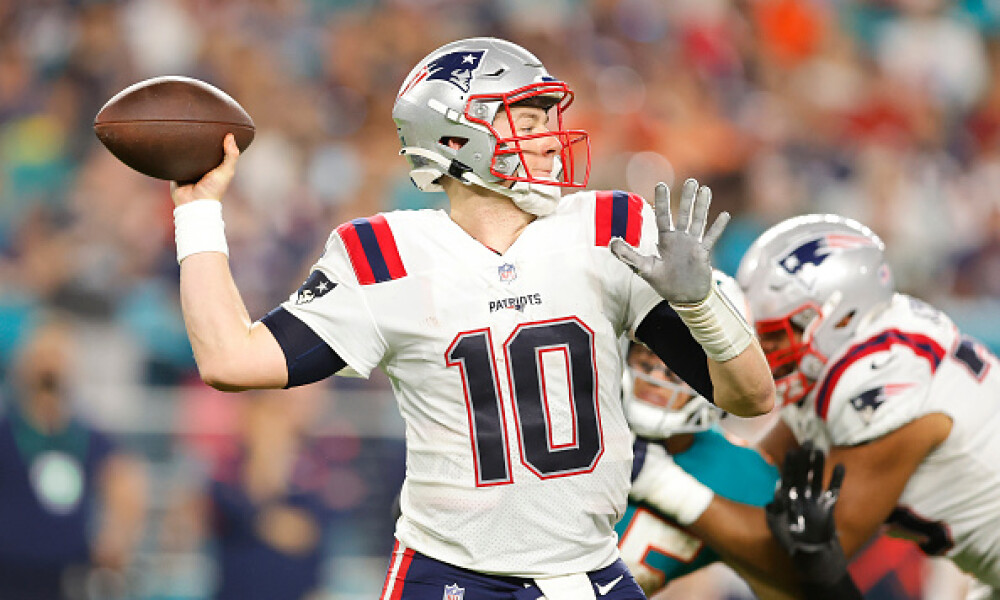 We are not far off from diving deep into our fantasy football research for the 2022 NFL season. When you take fantasy football as seriously as Fantasy Alarm members, there is no offseason. Whether it’s dynasty leagues, best ball tournaments, or fantasy football mock drafts, we don’t stop. And no, not every week is going to have huge breaking stories like the Tyreek Hill trade or or Tom Brady unretiring. But we are going to do our best to stay in the know each and every week so that we can get every advantage on our competition and continue our quest for world domination!

So that’s the game plan - hit you with the top five most fantasy relevant news stories out OTAs, camp etc. each week. If you missed the news from last week’s OTA report, you should check that out here quickly just to make sure you are in the loop. So here goes. I’ve got these listed from least important to most important for your fantasy leagues.

News came out recently that Najee Harris had bulked up to 244 pounds for this season from his weight of 232 last year.

Najee quickly came back with his own rebuttal regarding his weight, saying he played at 240 last year.

This brings up an interesting discussion for fantasy, especially for dynasty leagues. Many analysts out there cite either 200 or 205 pounds as important cut off points for historical running back success in the NFL. But Najee’s claim here is essentially that he added eight pounds of muscle in the six months between the combine and the season, as a rookie. And then another four pounds this offseason. We’ve also seen guys like Austin Ekeler and Christian McCaffrey reportedly add size in one offseason. It becomes an interesting talking point with guys like the Bills’ rookie pick James Cook who some are avoiding because he weighed in at 199 pounds at the combine.

For the next couple weeks, we are likely to have at least one of these five slots dedicated to the recent QB rumors and news given how crucial the position is to fantasy football. A change of scenery can mean everything, for all players involved, as we just saw last season with Matt Stafford to the Rams. Here are some rumors that could impact QB rooms across the league.

The main teams in the rumor mill are the Panthers and Seahawks. That gives the Browns limited options: restructure to take on cap, add one of their own picks to the trade, or some combination of the two. We have precedent for this of course and one of them actually involved the Browns themselves. The Texans traded Brock Osweiler, a second round pick, and a sixth round pick to the Browns for a fourth. They cleared $16 million in cash and $10 million in cap doing so. Aqib Talib was traded with a fifth for a seventh to clear $4 million in cap. So a deal might end up looking like the Browns eating $8-10 million in cap, attaching a pick, and shipping him off. A Jimmy Garoppolo trade could look similar.

This is also related to the Cleveland Browns. The Browns signed Jacoby Brissett to be the backup in case of a suspension to Deshaun Watson, but we all know that Brissett and Watson are not the same caliber of player. The backlash against Watson has not died down, as they had hoped.

Rumors have been swirling around Murray all offseason regarding his desire for a new contract but he returned to the practice field this week for OTAs.

Kyle Shanahan is notorious for going with whatever running back at the time has the “hot hand”. Guys like Raheem Mostert and Jeff Wilson were able to carve out roles in the past over a player like Tevin Coleman who played for Shanahan in Atlanta. Last year they drafted a running back in the fourth round in Trey Sermon but it was actually another running back, drafted in the sixth round, who earned the starting gig once Raheem Mostert was injured: Elijah Mitchell.

This year they went out and drafted Tyrion Davis-Price in the third round which is higher draft capital than either back last year (not that it necessary matters with Shanahan). But assistant coach, Anthony Lynn, has already said in an interview that he brings a new element to the offense that hints to us that Davis-Price might have a path to a role right away. And we know that if the door is open, he has a path to serious upside. Anyone running behind a guy like Trent Williams is capable of big things.

1. The Patriots are Reportedly Revamping the Entire Offense

There were rumors about this already with Josh McDaniels leaving and fullback Jakub Johnson suggesting the Patriots told him they were no longer using a fullback. Now we get this from Kendrick Bourne that says that the team is legitimately using different terminology. That could potentially mean no more modified Erhardt Perkins which is the system they’ve used for about 20 years now.

It’s notable for a couple of reasons. First off, not using a fullback means more snaps for wide receivers, tight ends, and other backs. Perhaps Jonnu Smith will be used in a hybrid fullback/move TE role. Also, the Patriots have historically been a two-back system with no single back getting 200+ carries and 35+ receptions in a season going all the way back to when Pete Carrol was coach. If that changes, a guy like Damien Harris could be in line for a better fantasy season than the starting back has historically had. Not to mention, Kendrick Bourne said himself that he has been “rushing the ball a lot” so far in practice. Him using the word “rush” doesn’t sound like your usual gimmick plays and end-arounds.