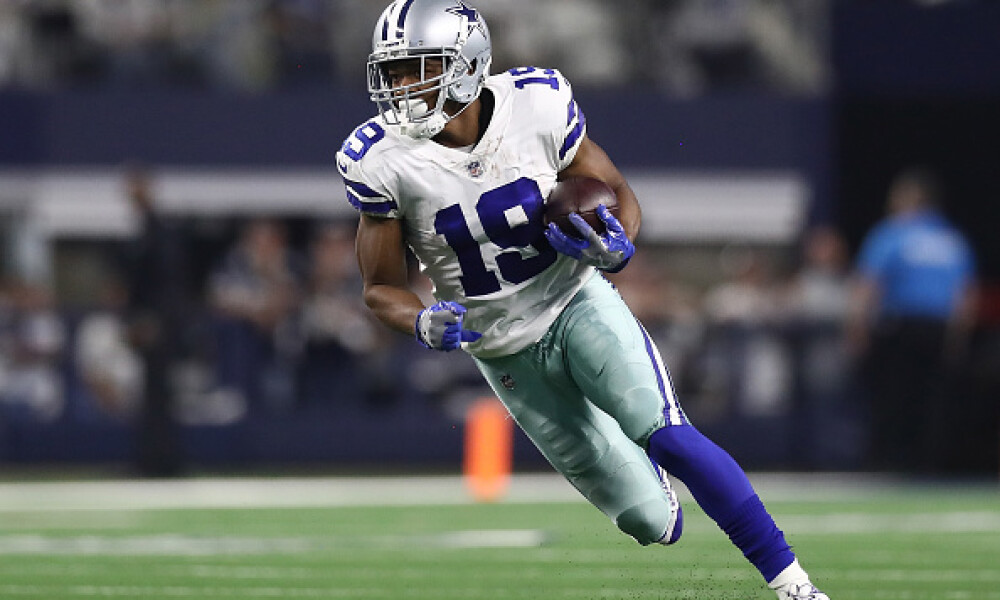 The fantasy football and NFL offseason got off to a roaring start with free agency before the wild trades of Deshaun Watson, Russell Wilson and Davante Adams stole the show. “Winners” in free agency can come in a lot of flavors, especially when it comes to the wide receiver position which we will be focusing on in this article. Here we are going to look at those players who cashed in with a big contract, changed teams to play with a great quarterback or benefited from the classic “addition by subtraction” where target competition leaves the team. We’re obviously going to skew towards fantasy football since that’s what matters most to us, but we’ll do our best to mention winners of all kinds.

Amari Cooper wins in multiple ways. First off, the Dallas Cowboys were realistically looking at cutting him if they couldn’t find a trade partner. He only had $6 million in dead cap, so base salary he was set to receive would have gone away and he’d have been a free agent. Instead, the Cleveland Browns decided to pick up that contract and pay him $20 million. In fact, they restructured the contract to convert base salary to signing bonus, giving him a chunk of that money right away and keeping him on the books for years.

On top of that, he leaves a team with target competition in CeeDee Lamb, Michael Gallup, and Blake Jarwin for one that just released Jarvis Landry and Austin Hooper. Now in Cleveland, it's Cooper, David Njoku, and middling wideouts like Donovan Peoples-Jones. And if THAT wasn’t enough, they then went out and got Deshaun Watson. Many say the Browns are run-heavy, but just a couple of years ago they funneled 133 targets to Odell Beckham Jr. and 138 to Jarvis Landry in the same season. You also don’t trade three first-round picks for Deshaun Watson to have a run-heavy offense. Cooper is a winner on multiple fronts here.

Say what you will about how good you think Christian Kirk is or whether you think the Jacksonville Jaguars overpaid him (I think we’d all like to be overpaid every now and again). Kirk goes from living in the shadow of DeAndre Hopkins and Zach Ertz on the Arizona Cardinals to potentially the No. 1 target for up-and-coming quarterback Trevor Lawrence. Hard not to call Christian Kirk a winner this offseason.

This one is debatable, but let’s think about what COULD have happened. Gabriel Davis was stuck behind Stefon Diggs, Cole Beasley, and John Brown in Buffalo two years ago. Then he was stuck behind Diggs, Beasley, and Emmanuel Sanders last season. The Bills let Beasley and Sanders leave and COULD have gone out and gotten any number of guys to come in and be the full-time flanker opposite Diggs – just like they did last year with Sanders. Instead, they bring in OJ Howard to run two-tight end sets with Dawson Knox. They also bring in Jamison Crowder, who's primarily a slot guy. Now Gabriel Davis just has to compete with Crowder to be the full-time wideout opposite Diggs, whereas he could have been instantly vaporized if they signed someone like Allen Robinson, Christian Kirk, or JuJu Smith-Schuster. He’s a winner so far, but the NFL Draft looms.

If you were hoping for Cedrick Wilson to land somewhere he could contribute for fantasy football in 2022, this is arguably the worst possible spot. Wilson played 90% of his snaps in the slot last year, but only 43% of the overall team snaps. So, the hope was that he would go somewhere where he could potentially play a full-time role. So where does he go? A Miami Dolphins team that not only has DeVante Parker and Jaylen Waddle on the outside, but also a tight end in Mike Gesicki who plays 90% of HIS snaps in the slot. Wilson will likely rotate in the slot and play special teams, just like he did with Dallas.

Woof. DJ Chark was bound to leave as a free agent. If it were Marvin Jones, Laviska Shenault, and Laquon Treadwell, that would be pretty decent. However, the Jacksonville Jaguars clearly aren't in love with what they have because they went on a huge spending spree – which included bringing in Christian Kirk, Evan Engram, and Zay Jones. Add in that Travis Etienne will return to soak up some targets and this offseason did not do a whole lot to build confidence in Shenault.

It can’t possibly feel good to get shipped off after your team wins the Super Bowl while you’re hurt. Now not only is Robert Woods going to get a late start next season, but he’s also going to do it with Ryan Tannehill at quarterback rather than Matthew Stafford. Plus, he’ll still likely be behind AJ Brown for targets on a run-first team. It actually could've been worse if the Tennessee Titans signed Allen Robinson and then used Woods as a third fiddle – where he likely would have ended up on the Rams behind A-Rob and Cooper Kupp. So not a complete loser, but he’s probably had better days.