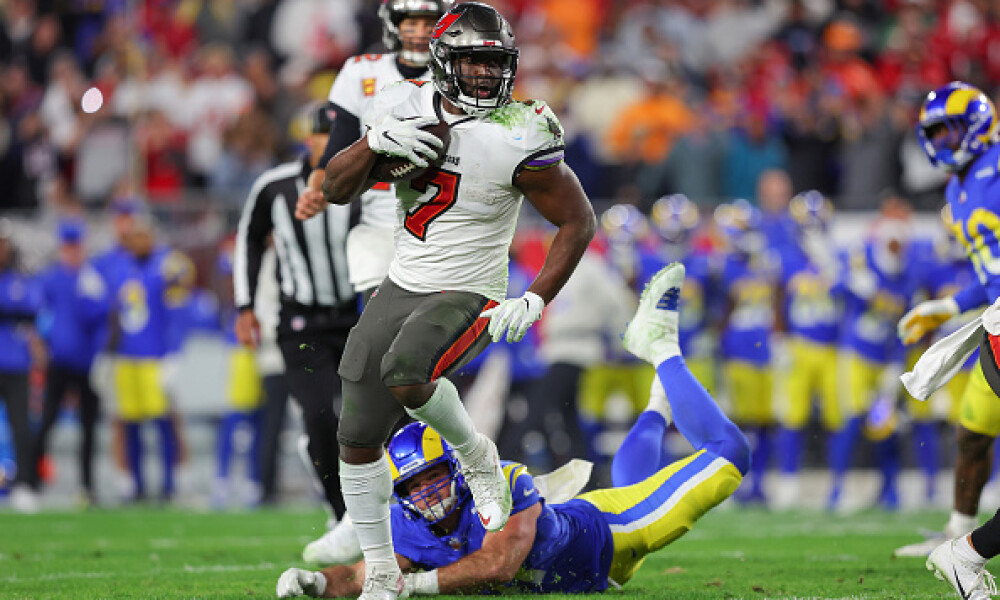 Running back in the NFL is a unique position in that you are relying on so many factors outside of the player’s individual talent. The offensive line, of course, is crucial. You need a quarterback who can move the football. And you need a coach that has to be willing to call run plays. The reality in this league is that running the ball is often the luxury of the winning team and we’ve seen players put up monster numbers one season then come right back with a poor performance next season in a worse situation. And vice versa.

For instance, the Rams had a pitiful 4-12 record in 2016. Here were Todd Gurley’s rushing stats in that season:

Only one more carry yet 420 more yards and more than double the touchdowns. Did Todd Gurley improve as a runner? Maybe. But, more than likely, the changes made that off-season played a huge factor in his success. So let’s take a moment to look at some of the winners and losers at the running back position from this offseason.

Chase Edmonds hits just about every category above regarding a “winner”. First off, he got paid - of the free-agent RBs, only Leonard Fournette was paid more total or per year. That matters because, when you look at the two years $12 million they gave Edmonds vs. the one-year $2.1 million they gave Raheem Mostert, it’s pretty clear where their priorities lie. So now Edmonds goes from a split backfield with James Conner taking the goal-line work to the likely lead dog in his own offense (James Conner is also obviously a winner of this arrangement).

On top of that, the team itself should be better overall. They signed the top free-agent tackle in Terron Armstead (who was the #1 graded tackle per PFF in 2018) and they also signed Conner Williams from the Cowboys. Trading for Tyreek Hill should help them get into scoring position more often so, at the end of the day, it boils down to whether Tua Tagovailoa can lead a successful offense or not.

We just alluded to it but Leonard Fournette was the highest-paid running back this off-season AND he gets to go back to the offense he’s familiar with. Not only does Tom Brady return, but it’s unlikely that Ronald Jones comes back which leaves the starting gig all to Playoff Lenny. We talked about running backs with great quarterbacks in the intro; LeGarrette Blount once scored 18 TDs playing with Tom Brady, finishing as a top-six RB in fantasy while only catching seven passes. Once folks realize the true gravity of the situation here, Fournette could creep as high as second-round ADP. Right now on Underdog best ball drafts his ADP is RB25 so get that discount while you can

There is a lot of uncertainty here - that much is clear. We’ve yet to see him play NFL football and he’s coming off the dreaded Lisfranc injury. But he also hurt that foot in pre-season so he’s had ample time to fully recover. Meanwhile, his team has made momentous changes since he was last healthy. First off they got rid of the disaster that was Urban Meyer and replaced him with Super Bowl-winning coach Doug Pederson. They’ve made a number of signings to improve the team this offseason, none of which were running backs to compete with Travis Etienne. And included within those signings was the top guard on the market in Brandon Scherf. If the team can take some strides forward this year, Etienne could be a really sneaky value at his ADP.

Antonio Gibson was SO close to looking like a winner when it was reported that JD McKissic was going to sign with Buffalo. And then he pulled the ole switcheroo when free agency actually opened on Wednesday and came back to Washington. Folks thought that Antonio Gibson playing wide receiver in college would mean he’d be catching a lot of balls but they forgot that J.D. McKissic ALSO played WR in college. In fact, here are their college receiving stats:

Not only is McKissic a capable pass catcher but he’s been the better pass blocker of the two both seasons (Gibson has ranked RB142 and RB117 in pass blocking). Beyond just the RB room, the Commanders lost Brandon Scherf, one of the best guards in the league, and they settled for Carson Wentz while other teams were trading for guys like Russell Wilson, Matt Ryan, and Deshaun Watson. Just not an ideal offseason for Gibson.

Even if he fully recovers from the brutal neck injury he suffered last year, things have taken a dramatic turn for Carson this off-season. When the Seahawks decided not to pick up the 5th year option for Rashaad Penny, that felt like a win for Chris Carson as the assumption was the team would be moving on from them. Then they abruptly changed course this offseason and brought him back for $5.75 million which is the 3rd most money yearly behind only Edmonds and Fournette. On top of that, they trade their star signal-caller Russell Wilson and will presumably start the season with Drew Lock at QB. Oh, and it’s looking highly likely that they lose Pro Bowl left tackle Duane Brown. None of that is good for his fantasy value.

Ke’Shawn Vaughn has always been interesting in theory but he has yet to progress beyond a hypothetical. When he was drafted in the third round by the Buccaneers, it was immediately rumored that he would be Tom Brady’s pass-catching back - a valuable role in fantasy. But he quickly found his way into Bruce Arians’ doghouse while they filled that role with other players like Gio Bernard. That said, we did see him flash on a 55-yard touchdown last year and, this offseason, with the team strapped for cash, there was a glimmer of hope that he could take on a bigger role in the offense. When Tom Brady announced his return, that glimmer got even brighter. And then they brought back Leonard Fournette on a three-year deal that almost certainly puts those hopes to rest. His best bet now is to work in as a change of pace or third-down back behind Fournette.