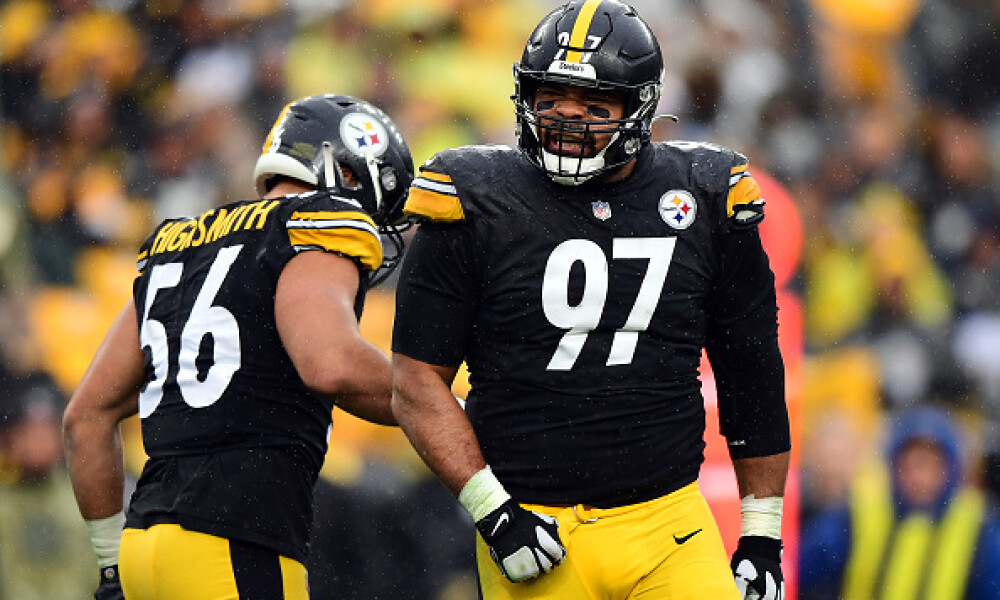 Only four (!) more weeks of byes to struggle through, fantasy owners, so chins up. The injuries keep on coming, too, and that means it is essential to pore over your waiver wire/free agent markets while attempting to roster a serviceable IDP squad. Let’s get to the potential additions you might want to snap up.

It has been a frequent occurrence that ESPN classification is different from what Yahoo hands out. In this case, rostering a defensive linesman that can put up linebacker stats is a fine option. Van Ginkle picked up a half sack as an edge rusher for the Dolphins in Week 10 against the visiting Ravens, along with five total tackles (TT), three of those being the solo variety. He also had a pair of QB hits/hurries (QH) and a pass deflection/defense (PD), making him a valued big play and tackle oriented IDP. He also has a couple of good matchups on the schedule, especially Week 12 against the Panthers.

White will be difficult to snag, but if he is on the wire, do snap him up. He is coming off a superb 18 TT (13 solo) effort in Washington, with a trio of those grabs generating a loss of yardage (TFL). He also secured a pair of sacks and three QH while playing on defense in the nation’s capital.

Taylor has been seeing an untick in playing time (PT), and it appear the Eagles are grooming the second-year player to become a starting LB for the team. He collected seven TT in Week 10 in Denver (six solo), and also contributed a pair of forced fumbles (FF) to upgrade his value.

Klein will be valued if Tremaine Edmunds and his hamstring issue are sidelined in Week 11. As a short term three-down LB, he can be a great bye week fill in. He collected eight TT (six solo, two TFL) last week in the Meadowlands against the Jets. He also had a PD in that contest. Think immediate value but be ready to cut him loose when he loses his starting gig.

Dallas turned to Armstrong when Randy Gregory suffered a calf injury that landed him on IR, and he collected a sack, three QH and three solo tackles (one TFL) when the Cowboys hosted the Falcons in Week 10. So long as he is being relied upon to fill in for Gregory, he has significant value as DE.

Heyward has been coming on strong after a slow start to the season, picking up 3.5 sacks over the past four contests, snagging two against the Lions, with five TT (three solo, two TFL) and a couple of QH to round out the stat sheet. Over those past four games, he has racked up 20 TT (14 solo), an INT and a PD, making him a valued DL for IDP purposes.

In DT mandatory leagues, Stallworth is becoming a consideration for rostering. He picked up four solos and a trio of QH against the visiting Jags in Week 10, with a sack. His PT has been increasing over the past two weeks, which makes it a great time to snatch him for your roster.

Although he qualifies as a corner, he started in place of Harrison Smith (COVID) in Week 10. He gathered a fine set of stats, too: six TT (five solo, one TFL), a sack, a PD and a QH. His time as a starting safety is not likely long term, but the production he provided the Vikings should result in an increase in time on the field going forward.

Hobbs Is a rookie corner, which means he will be tested so long as he continues to be playing significant snaps on defense. He has been coming up with some big plays, a sack and FF over the past two games. Six TT (five solo) in Week 10 give him value in CB-mandatory leagues especially.

None to write about this week, save for those listed below in the Injury Report.

For Clowney owners over the years, he has been a frequent source of frustration. He is simply a better real life football player than a fantasy asset. He is coming off a two solo tackle game, and has accumulated a mere five solo tackles over the last three contests the Browns have engaged in with him on the field. That sort of production makes him eminently qualified to hit the waiver wire and depart from your squad.

His early season success has dried up of late, with just eight TT and a single sack over the past five games. He is still seeing significant PT on defense, just is not providing any numbers worthy of a starting or bench role on your team.

It is difficult to have any great enthusiasm for any Lion player this season, and Flowers simply fits neatly into that mold. He has collected a mere 10 TT (four solo) over the prior four games Detroit has played, and has been shut out in the sack department, too, making him an IDP to cut loose and replace with any of those discussed above.

Another player falling drastically over the recent slate of games, Wingard has put up just a paltry seven TT (four solo) through his last three outings as part of the Jag defensive secondary. That sort of output from a safety in an IDP lineup is surely not acceptable for those of you competing for a championship.

Remember, the first team listed is the one to use your IDPs against. Do not go crazy, and play a LB5 against the Lions, but certainly you will do well if you own a top DB on the Falcons, or an OLB on either the Titans or Texans that you can plug in this week, for the most part.