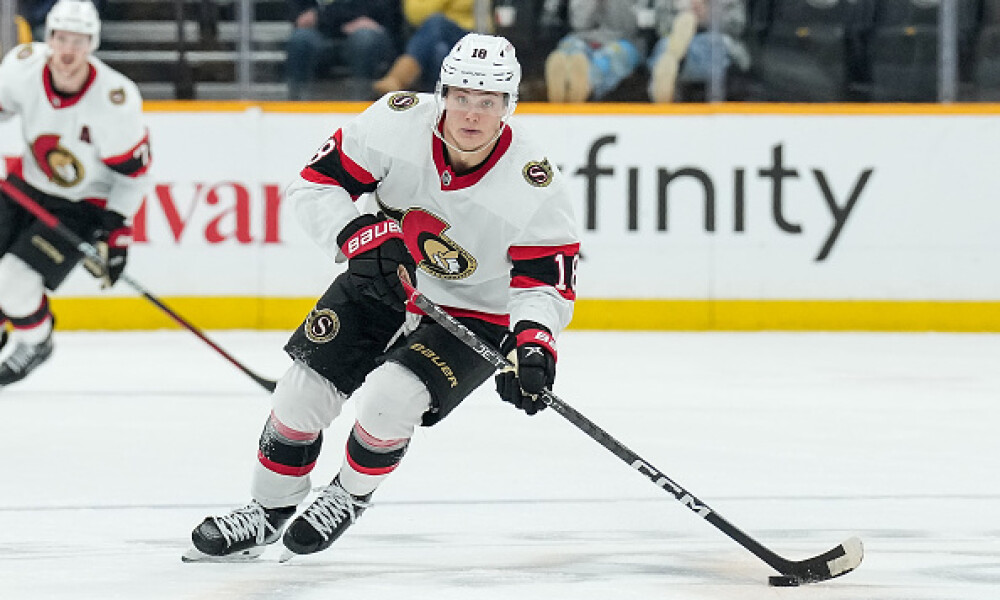 With Josh Norris out of the lineup for an unknown amount of time, Tim Stutzle is expected to skate on the top line for the foreseeable future, and that can only lead to good things. The kid has seen an increase in ice time over the last five games, and his shot volume has not only increased, but has been consistent. The Senators are a rebuilding team, and they're going to be playing a lot of catch up hockey down the stretch. If you have the chance to add him off the waiver wire, do so.

The Columbus Blue Jackets aren’t a very good team, but Gustav Nyquist is quietly having a decent season. The veteran winger is seeing a healthy amount of ice time, and is skating on the top line and second power play unit. There’s a good chance the team moves him before the trade deadline, but for now, he’s a great depth addition in deeper formats.

We know that the Florida Panthers have a deep top-6, but their third line is their secret weapon, and Mason Marchment is a huge reason. He’s been elite over the last five games, despite not seeing any power play time. Florida’s third line is lethal, and that trend may not change anytime soon. The team doesn’t play again until next Wednesday, but we should still prioritize adding Marchment before that. If you can stash him on your bench, that would be the best course of action.

Mike Smith has been a dumpster fire all season long, but the Oilers desperately need someone to step up and take control of the crease, and the veteran netminder has a 33% chance of doing so. Can he get hot and go on a run? Very much so, and with Edmonton getting healthier, the odds of him succeeding increase. Smith hasn’t played a ton of hockey this year due to injury, so fatigue won’t be an issue. Fantasy owners in a tough spot should at least entertain the idea of adding him off the waiver wire and spot start him when possible.

With Quinn Hughes on the COVID-19 protocol list, Oliver Ekman-Larsson is going to get a few games to step up and show management that he’s capable of being that go-to guy when his team needs him the most. The veteran defenceman has struggled offensively to produce points, and considering the amount of money owed to him, the Canucks probably want more from him. He sees a lot of ice time, and does lots of good things like blocking shots and shooting the puck, but points in fantasy hockey are key, and Ekman-Larsson doesn’t have many of those. He’s a short-term solution with some upside.