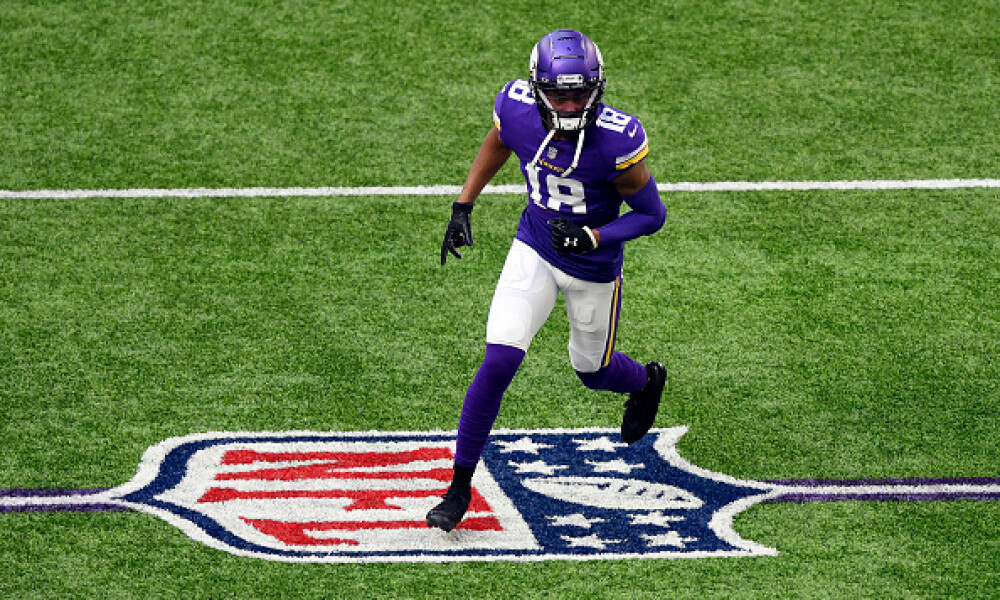 MVP In The House

Lamar Jackson was finally cleared to show up to the Ravens’ facility yesterday after having tested positive for Covid and being unvaccinated. He missed the first 10 days of camp due to it and we still aren’t sure exactly when he’ll be on the field as he has to finish intake testing and protocols as well. That’s a lot of time to miss in a shortened preseason with a remade receiving corps to get used to as well.

Justin Jefferson caught a slant from Kirk Cousins as his third target of Friday’s practice but wound up falling onto his left shoulder and was then taken off the field. He has been diagnosed with an AC joint sprain and while that sounds serious, he’s considered day-to-day and will likely just miss a couple of days at practice if all goes well.

The Bears offensive line positional depth is getting very thin very quickly with two starters already hurt and now on Friday two more linemen were being evaluated for concussions. That leaves just eight healthy offensive linemen on the Chicago roster at this point and that means that their reserves will see a lot of playing time in preseason all while trying to avoid more injuries and ailments.

Seeing OBJ On The Side

Odell Beckham Jr. is coming back from an ACL injury from last year and has yet to participate in the team drills. That hasn’t stopped him from getting work with Baker Mayfield though. Between team drills the quarterback is practicing throws and routes with the receiver to keep the connection and rapport strong for the start of the season. The expectation is for Beckham to join the team scrimmages next week if all checks out medically and that will be the next big thing to check off the list for Beckham’s return.

The Titans defense is trying to improve this year as it was the weak point of the team for parts of the year last year and that improvement took some big steps on Friday. Bud Dupree, their prized offseason signing, was taken off the PUP list and practiced for much of the session and secondly, Caleb Farley, their first-round pick, participated in 7-on-7 drills for the first time as well. These two players are supposed to help the pass rush and the length in the secondary respectively which is what they were really missing much of last year.

Rondale Moore is reportedly pushing for a big role and has impressed Head Coach Kliff Kingsbury to this point while running double-move routes. Amon-Ra St. Brown in Detroit might be a sleeper in the late rounds of drafts as an underneath threat for the Lions and Jared Goff who had the third-worst ADoT in the league last year of just 6.7 yards. St. Brown has already gotten Head Coach Dan Campbell to say he’ll see a bunch of targets in underneath routes as a safety blanket for Goff. Josh Palmer was a third-round pick of the Chargers and now he’s looking like a lock for the WR3 role in a pass-happy offense which could give him sneaky fantasy value. Elijah Moore and Michael Carter have both been impressive at Jets’ camp to the point where the beat writers attending camp have to force themselves to focus on other players but still wind up focusing on Moore and Carter.