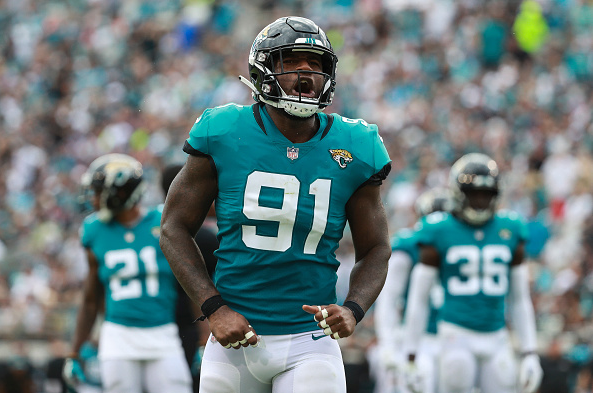 Plenty of rising IDP to target on the wire this week, with just a few that are falling out of grace. Tons of injuries, as is the nature of the NFL, but that also means opportunity for other players. There is much to peruse this week, so let’s stop dawdling and get to the analysis. 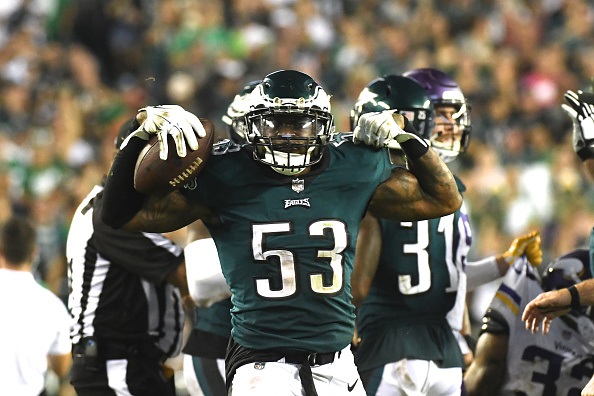 Bradham helped his owners with quite a prolific stat line in Week 6: six solo tackles, one sack, a tackle for a loss (TFL), a QB hit (QH) and a pass deflection (PD). He is playing the majority of snaps on defense, which makes him useful in any IDP setup.

Vernon returned to the Giant lineup last week, and snagged two solo tackles (one TFL), with a sack and a pair of QH. He is especially valuable in Yahoo leagues, where he offers DL eligibility in addition to qualifying as a LB.

Both these Texan linebackers are worthy of adding in tackle-oriented leagues, with McKinney posting 11 total tackles (TT) in Week 6’s matchup against the Bills (six solo, one TFL), while Cunningham added 13 TT (nine solo). McKinney is more of a big play option, collecting a sack and two QH against Buffalo.

Smith is another LB that provides value in a tackle-heavy IDP league, tallying 13 TT in Week 6 (six solo). The Bear defense should see plenty of action against the Patriots in Week 7.

Davis, a three-down LB, returned to the field in Week 6 against Washington, and collected six TT (five solo) with a couple of PD as well. He is a big tackle producer still at age 35, who provides the occasional big play. Having just been activated in Week 6, his ownership makes him a good waiver wire target.

Edmunds offers big play potential as well as plentiful tackles on defense. He has 47TT through six contests in 2018 (32 of those solo), along with five PD and two forced fumbles (FF). This week’s opponent, the Colts, is the 10th best team to face in terms of points allowed to opposing LBs.

Brown missed a couple of early season games with a balky ankle, but is striving to preserve through the next couple of games prior to the Week 9 bye for the Bengals. With Vontaze Burfict and Nick Vigil on the shelf (see the injury report below for details), the team needs him to stick on the field and provide solid tackle support until the week off.

Chubb wrapped up the QB for three sacks in Week 6 to go with his five TT (four solo). The fifth overall draft pick this season has developed slowly until this breakout contest, but the future looks bright if he can continue to progress. He does have dual eligibility at DL and LB in both Yahoo and ESPN.

Atlanta’s defense has been inundated with injuries, giving him the nod at starting MLB heading into Week 7. He will be tasked with stopping the Giant rookie RB Saquon Barkley in Week 7, which should result in plenty of tackle opportunities.

Smith joined in with the 11 sack effort the Ravens put up against the Titans last week, picking up three himself. He also added five TT (four solo, three TFL) and a FF plus two QH.

Murphy is only a mediocre tackle producer with 13 TT in six contests (seven solo) but has produced at least a partial sack in four of those six games. He is playing about 2/3 of the defensive snaps each week, and has value in big-play leagues going forward.

The Jag DE has begun to accumulate sacks, with four over the past three games. He also picked up three QH and four solo tackles against the host Cowboys, and gets the Texans in a favorable matchup for Week 7 (see the Matchups to Exploit section below).

Jones is another big-play option at DL, with sacks in each of the last two games he has played. He also took an INT back for a TD two weeks ago. The Chief offense is potent, and teams will have to take chances against the KC defense to stay in games, so more opportunities will develop on a regular basis for the Chief IDPs.

The Lion DE had a big game against Aaron Rodgers and the Packers, collecting two sacks and a FF. He and the Detroit defense have a favorable matchup in Week 7, coming off their bye week, when they head to Miami to take on the Dolphins. Be advised that he is only qualified as a LB in ESPN leagues.

Peters is the sole DT among the rising defensive linesmen in this week’s Report. He is coming off a fine two sack/two QH/five TT (two solo, two TFL) effort against the host Vikings in Week 6. The Broncos, the Cards’ Week 7 opponent, is not a good matchup, but the 49ers in Week 8 (before the Arizona Week 9 bye) are a top team in terms of fantasy points allowed to opposing DTs, so keep that in mind in DT-mandatory leagues. 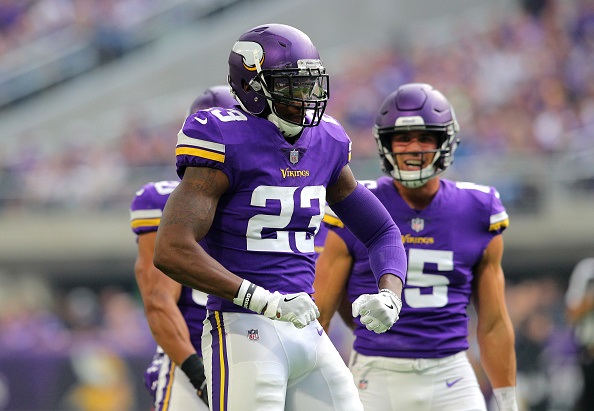 Iloka was cut loose from the Bengal defensive squad before landing in Minnesota (which opened the door for Jessie Bates , discussed below) where he has been solid filling in for the injured Andrew Sendejo in the defensive backfield. He provided eight TT in Week 6 (seven solo) which is pretty impressive for a free safety. So long as he is seeing significant snaps on defense, he is a decent short-term addition to your roster to cover bye weeks and injury concerns.

The Colts have lost their top two safeties, with Clayton Geathers and Matthias Farley (on the IR) out of action. In steps Mitchell, who put up six TT (three solo) against the Jets in Week 6. His value depends on Geathers injury status, though.

Lucas is being used in the box, and collected 10 TT in Week 6 against the Patriots (four solo) with a PD. The Week 7 opponent, Cincy, is not a tremendous matchup for opposing safeties, but in Week 8 the Broncos show up in Kansas City and that should be a productive meeting.

Despite the failures of the Bear defense in Week 6’s loss to Miami, Amos still has upside as DB for IDP leagues. He did collect nine TT in last week’s game (seven solo) with a PD. The matchup against the Patriots in Week 7 is favorable for continued big numbers on defense.

The Cards’ top safety has gathered in 30 TT over the past three weeks (24 solo), and faces two of the top three offenses in terms of allowing points to opposing safeties over the next two weeks in the form of the Broncos and 49ers. He has 44 solo tackles on the season, tying him for the league lead. You roster safeties at DB in IDP leagues for tackle production, and he can provide that consistently and productively.

Bates has stepped in as a rookie, effectively replacing the previously-discussed Iloka in the Bengal defensive secondary. He provides good tackle numbers (41 TT in six contests, 30 solos) and has pitched in with big plays, too (a pair of INT and PD each). The youngster is playing up to his potential and would be a fine addition in deeper leagues.

Randall has been slowly ramping up his tackle production as the season progresses, collecting eight TT in Week 6 against the Chargers. He also has six PD and a couple of INT on the season, as well as a fumble recovery back in Week 2 against the Saints. Week 8 against the host Steelers profiles as the better matchup on deck, as Week 7 sees the Browns head to Tampa who are ranked 31st of 32 teams in terms of allowing fantasy production to opposing safeties.

Fuller broke out big time in 2017, with 22 PD and 69 TT (61 solo) for the Bears. He has been relatively quiet until recently in 2018, however, prior to his two INT and two PD effort in Week 6 against the Dolphins (with seven TT, six solo). Be advised, though, that his next two matchups are not entirely favorable with the Patriots and Jets on the schedule.

Clowney was more valuable when he qualified as a DL, but is proving to be a huge IDP bust at LB. It is easy to roster a linebacker that puts up stats, so just let Clowney sit on the wire unless and until he picks up the production.

McKinley is a pass rush specialist, and has not had a sack over the past two games he has played. He is seeing significant playing time, but was shut out with a goose egg in tackles last week. As a boom or bust option at DL, when he does not provide any big plays, he is worthless for fantasy purposes.

Davis has seen a dramatic decrease in playing time, losing snaps to rookie Terrell Edmunds . Davis contributed just a single solo tackle in Week 6, and is no longer worth rostering in your IDP leagues.

Remember, the first team listed is the one to use your IDPs against. Do not go crazy, and play a LB5 against the Bills, but certainly you will do well if you own a top DL on the Jets or Vikings (who conveniently play one another this week) or on Jacksonville that you can plug in, for the most part.