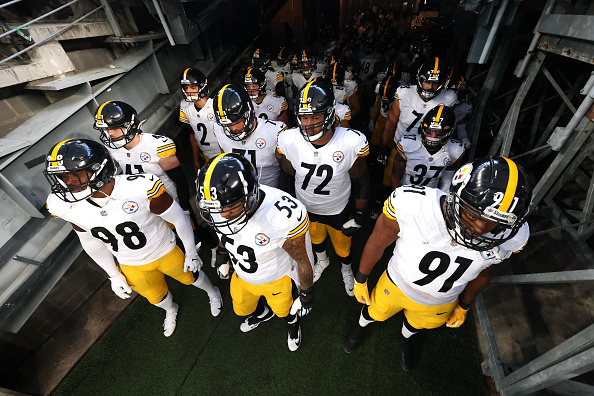 After the longest Week 5 the NFL has ever seen played out, we get no Thursday night game in Week 6 (but two Monday games). Thus, you have more time to tinker with your rosters and adjust your IDPs with waiver wire moves and free agent pickups. Plenty of LBs to ponder over claiming, and a fair number of CBs. Not so much in the way of available safeties or defensive linesmen, but them’s the breaks.

His line was not eye-popping in Week 5 in Baltimore, with just four total tackles (TT), three of those solos. He is interesting due to his increasing time on the field, having played 79% of the snaps on defense last week. He has a decent if not superb matchup in Week 6 against the host Colts.

Adams stock is on the rise, having stepped into a starting role with the potential season-ending injury to Benardrick McKinney . He had double digit tackles: seven solo, six assisted, one of those for a loss of yards (TFL). He also recovered a fumble (FR) in the contest, to provide some big-play value.

The rookie is picking up the pace as the season progresses, and had six TT in the past game against the visiting Raiders (five solo, one TFL). He also picked up a QB hit/hurry (QH) to go along with a fantasy-friendly sack. His playing time (PT) is rising, making it a fine time to add him as a injury fill-in or to replace a disappointing draft pick LB1/2.

Riley had double digit tackles last week against in-state rival Pittsburgh (seven solo, five assisted, one TFL). He plays on a team lacking in LB star power, so though his big game was not anticipated, it could perhaps be the sign of good things to come. He also forced a fumble in Week 5, making him a multi-scheme producer for IDP leagues.

Reeder saw significant PT with Micah Kiser on the sidelines in Washington, putting up 11 TT (eight solo, two TFL). Three (!) sacks will put him on the IDP radar, and the three QH he accumulated make him a tackle-oriented and big-play option. He has a great matchup in Week 6 taking on the 49er offense.

The Dolphin defense is rotating a group of LBs in and out of the scheme, but Van Ginkel was one of the big performers in Week 5, grabbing six TT (four solo). He added some big-play value as well, with a sack, a FF and a QH. He has another great matchup in the coming contest, taking on the Broncos who allow the sixth most fantasy points to opposing LBs.

Note that he is only eligible as a DE in ESPN leagues.

Okereke stepped in for the injured stud Darius Leonard , and collected double digit tackles (eight solo, 10 TT). He also picked off his first pass this season (INT) and also contributed a pass deflection (PD). He had already been seeing significant PT before the Leonard injury, but now becomes a force on the Colt defense.

14 TT (12 solo) in a game will bring any LB to the forefront of waiver interest, but couple that with a top-10 matchup against the Vikings in Week 6, and that player becomes a desirable IDP to consider adding if the injury bug has struck your roster. He has been an injury risk himself this season, and was limited Wednesday with a knee issue, so keep an eye on his status if you consider picking him up.

The Jets have cut ties with Alec Ogletree , and that should result in increased PT for Williamson, in the form of an every-down LB role. He is coming off an eight TT effort against the visiting Cardinals (six solo). He also added an INT and a pair of PDs in Week 5. He has a better matchup in store with a trip to Los Angeles to face the Chargers coming up.

Wilson is delivering for big-play format owners, with two sacks, PDs and INTs over the first five games, and a FF as well. He also is putting up tackles, averaging better than six per game this season so far. Just realize that his value will diminish with a Week 7 bye on the horizon.

Tuitt plays on a defense that has plenty of big names, but he is also a solid, steady contributor for IDP purposes. Against the Eagles last week, he had five TT (two solo, one TFL). He was also credited with 1.5 sacks and a trio of QHs. A home game against the Browns holds promise for continued steady production in Week 6.

Ogbah has been playing a significant number of snaps on defense for the Dolphins, and that has resulted in production from the defensive end. He has registered at least half a sack in four of the five contests he has participated in this season, with three on the year. His value comes from the potential sack production, as his tackle totals are nothing to write home about.

Our sole defensive tackle this week has a top-10 matchup in terms of fantasy points allowed to opposing DTs in the form of the Bengals. He is coming off his season high seven TT (three solo). He has not collected a sack since the first week of the season, though, so his value is mainly in tackle-oriented DT-mandatory leagues.

Clark had a big game in Week 5 against the Bengals, as did the rest of the Raven defense. He had nine TT (five solo) and now gets to face a struggling offense when the Eagles come for a visit in Week 6. He had a sack credited to his ledger sheet when he got to Joe Burrow. If you are looking to add a DB, he is worth your consideration.

Davis is tied for the league lead in INTs with three, having added another this past week against the Bears. He also racked up seven solo tackles and a pair of PDs. This week’s matchup against Aaron Rodgers and the Packers is not great, but after that he has a pair of excellent games on tap with road games in Las Vegas and against the Giants.

Desir is coming off an 11 TT effort (eight solo) against the visiting Cardinals. He has been a frequent target on defense by opposing offensive coordinators, as he plays well off the receiver he is covering on any given play, and with the sad season continuing for the Jets, look for him to continue to put up good to great fantasy numbers.

Another CB that is being attacked by opposing offenses, he is racking up the tackles this season. He has been a frequent good source of fantasy production, as was the case in Week 5 when he tallied six solos. He has a superb matchup against the Vikings, especially with Dalvin Cook likely on the sidelines for the Minnesota run attack.

Schobert was likely a top pick in your IDP drafts this season, but coming off a less-than-stellar four TT effort last game, his star is not shining bright. Do not cut him yet, though, as the Lions are coming to visit, and that offense yield significant LB production this year. But if he struggles again, then find a replacement LB ASAP.

He has collected a mere five TT over the past two weeks of action, making him droppable. It is not for lack of PT, either. Let some other owner pick him up and find a replacement anon.

None to write about, except for those listed in the Injury Report below.

As with the DLs, look to Injury Report for those whose value is depressed.

Remember, the first team listed is the one to use your IDPs against. Do not go crazy, and play a LB5 against the Rams or Chargers, but certainly you will do well if you own a top LB or DT on the Giants, a CB on Indy or Arizona, or a safety playing for the Chiefs or Vikings that you can plug in this week, for the most part.