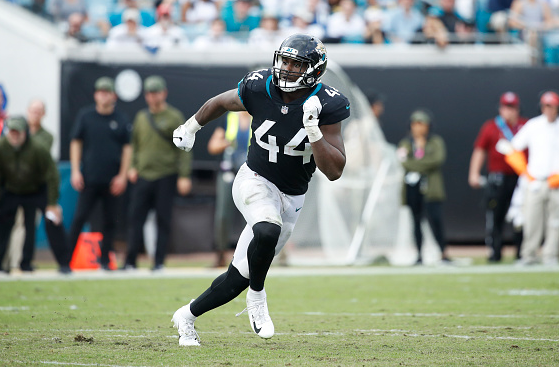 With fantasy playoff season upon us, it is time to shore up your IDP ranks. There are some defensive players worth your consideration profiled below, as well as some you might be best served to forget about or drop if you have the misfortune of having them on your roster. If you are competing for a championship, adjust your team(s) wisely and judiciously. 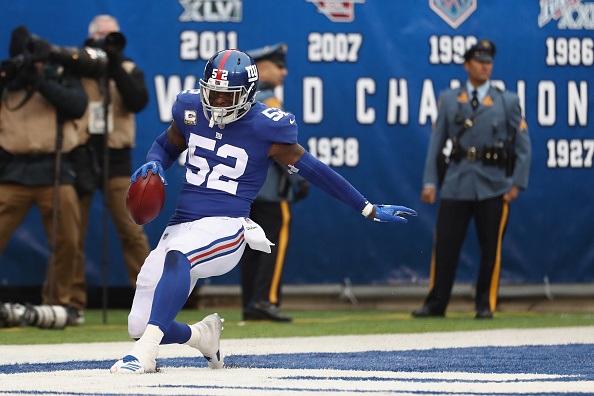 Ogletree has seen the most snaps of all his fellow linebackers on the Giant defense by a large margin, but until recently has not been putting up the stats to reflect that circumstance. He did have 10 total tackles (TT) in Week 13, and has been contributing a larger share of big plays of late, with a sack, three interceptions (INT) and four pass deflections (PD) over the past three games. If he is going to turn up the burners, this is a perfect time with fantasy playoffs on tap.

Fort contributed big time against the visiting Chargers this past week, collecting a team high 12 TT (nine solo). He was not the starter, but did see a significant 52 snaps on defense in Week 13. The speed he provides on defense may force the Steelers to continue to increase his playing time going forward. Be advised that Jon Bostic is still showing up as the presumptive starter, but Bostic was only on the field for 11 snaps last contest.

Jack is coming off a big game where he put up a 10 TT effort (seven solo), while also contributing a fumble recovery (FR) to pad his fantasy production. This came against a mid-level offense in terms of allowing opposing LB fantasy points, and now gets an even better matchup with the Titans on deck Thursday evening.

Lowry has a better profile in ESPN leagues, where he can help out in DT-mandatory leagues while providing DE level production. He only had a pair of solo tackles last week, with one for a loss of yards (TFL), but it was the big plays that brought him to the forefront of rising DLs here: a sack, a QB hit (QH) and a PD against the Cards at Lambeau in Week 13. He has a couple of good matchups coming up with a home tilt against the Falcons and then a road game at Chicago, perfect time to pick him up to boost your fantasy playoff chances.

The rookie DL has been seeing plenty of action following the trade of Damon Harrison to Detroit earlier this season. He snagged three sacks in Week 13, along with three solo tackles (two TFL) and a trio of QH against the visiting Bears. The Redskins and Titans are a great one-two matchup pairing over the next two contests, so take advantage especially in DT-mandatory setups. 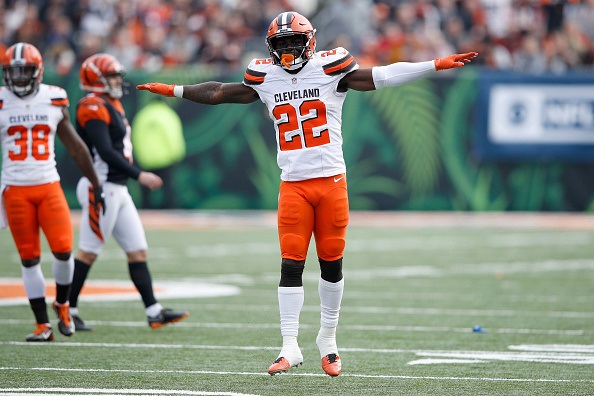 Peppers has been putting up better tackle results lately, with 14 TT over the past two games (eight solo). He has done this against middle of the pack offenses with regard to safety production, and his Week 14 opponent, the Panthers, is not a mouthwatering matchup, but then he heads to Denver for a great Week 15 matchup, so keep him on speed-dial for a pickup as needed.

Cravens plays in a fashion that reminds of a linebacker, while he qualifies as a DB for fantasy purposes. He had five TT against the host Bengals in the Broncos’ most recent contest and also added a QH to his stat line. Cravens was sidelined the first eight games of 2018, but has been seeing an uptick in playing time over the past three weeks. If his snap counts continue to rise, look for him to provide good value as his next two matchups are excellent games to employ his services.

Lattimore is another IDP that is beginning to heat up as fantasy playoff games hit the schedule. He collected 10 TT in Week 13 (nine solo) with a forced fumble (FF) and a FR. He has also put up four PDs and an INT during the course of the past three contests he has played. His next three matchups are tasty ones, with all three opponents being in the top tier of offenses favorable to opposing corners, and the generous Tampa Bay stat crew in store this coming week.

Amerson will see an increase in playing time with former starter Bene Benwikere having been released by the Cardinals. He is playing opposite Patrick Peterson , so will likely be the corner targeted by opposing offenses. He is coming off a six TT effort against the Packers (five solo) and also deflected a pass in that contest.

Howard continues to rack up the INTs, with another two in Week 13 to build on the pair he collected in Week 12. Beware of his knee injury, however, which may sideline him against the Patriots in this week’s contest. The league-leader in interceptions should return sometime this season, however, so if big-plays are valuable in your league, keep an eye on his status week-to-week.

Webb has been effective since the Week 9 bye, averaging nearly six solo tackles per week since the Week 10 game against the 49ers and culminating with a nine solo effort against the Bears. He now gets to face off against the Mark Sanchez led Washington team in Week 14, which portends continued strong production.

Despite playing a boatload of snaps on defense for the Lions, his production is mediocre at best. Over the past two contests played, he has accumulated just three solo tackles and five assists. There are better LBs on the wire to pick up.

Judon has too many weeks where his production is skimpy to point of being almost non-existent. He is far too inconsistent to be in your lineup, hoping for the occasional big game. His upcoming matchups do not profile well, either, taking on the Chiefs and Chargers the next two weeks.

Here is another IDP with a high snap count that is not resulting in fantasy stat production. He has had seven weeks with two or less TT, and has just two solo and two assists over the past two weeks to his credit.

Bostic started in Week 13 against the Chargers, but only saw 11 snaps on defense, as the team turned to L.J. Fort at inside linebacker. He totaled just one assist in that limited action, and if the trend continues, he is not worth rostering.

Do not be fooled into believing that he can still produce for fantasy purposes, as he has gone three consecutive games without collecting a tackle, or any counting IDP stat. He may be a starting DE in New England, but the lack of production makes him worthless as an IDP.

Atkins has had just one sack over his past seven games, and has been credited with just 12 TT over that span (four solo). That is not the kind of value you want from a starting DL in fantasy, and you should just move on and ignore the name-recognition factor.

None to speak of, save for those in the injury report below.

Remember, the first team listed is the one to use your IDPs against. Do not go crazy, and play a LB5 against the Bills or 49ers, but certainly you will do well if you own a top S on either side of the Denver-San Francisco contest that you can plug in this week, for the most part.