How to Play Fantasy Football: League Rules and Formats 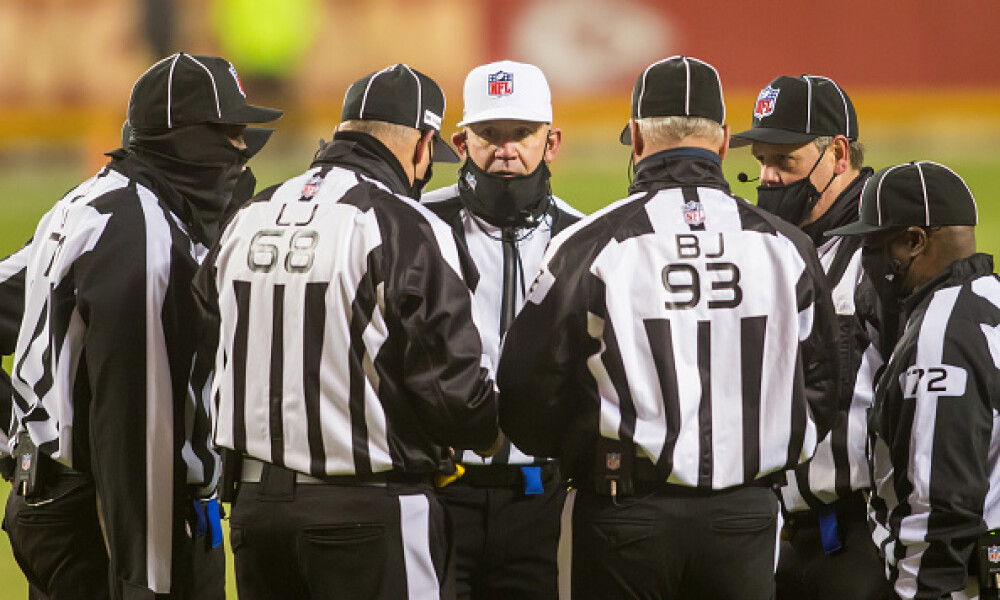 It is astounding how few people actually follow Rule No. 1. Astounding. You have seasoned fantasy football vets who think they know everything and just skim the basics. Meanwhile, far too many novices walk in thinking, “how hard can it be?” and don’t even bother to look through the rules. These are your annoying idiots who kick off your draft asking if it’s a PPR league and argue with your commissioner midway through the season because they don’t agree with how playoff teams are determined. Hell, you even have MLB players like Tommy Pham playing fantasy football without reading the rules ahead of time and we all know what happened there.

If you’ve played fantasy football before, you’re nodding your head in agreement as you’ve lived through the above examples. If you haven’t, you’re in for a nice laugh this year as you’ll witness both examples first-hand.

Just don’t be that guy or girl. When your commissioner sends out the invitations to join the league, make it your first priority to find the link to your league rules and read them…thoroughly. The last thing you want is to skip over some crucial information that may or may not come back to bite you in the ass down the road.

With so many different styles of leagues and so many nuances in rosters, scoring, and playoff formats, we can’t get too specific with regard to what exactly you should be looking for. Still, we can highlight a few areas so once you get to that section of the rules, you can make sure you are paying close attention.

What is the Fantasy Football League Format?

More often than not, fantasy football leagues are done in a head-to-head format. Are there rotisserie football leagues? Yes, but they are definitely not as popular. What about best ball leagues? Of course. We’ve seen plenty of the “set it and forget it” varietal and understand its growth in popularity. Maybe you joined a Superflex (a.k.a. 2-QB) league. Whatever the case may be, when you get your league invite, just double-check what format your league uses as your draft strategy for each style of league will be different.

How Big is Your Fantasy Football League?

You should always check your league size because it will help you understand what range of players you’re looking for in drafts and free agency. If it’s an eight or 10-team league, some of the sleeper picks you are hearing and reading about become irrelevant. Joshua Palmer works as a solid WR option in a 14-team league that starts three receivers and a Flex, but he doesn’t play at all in a 10-teamer that starts two wideouts and may or may not have a Flex spot. The smaller the league, the more everyone’s roster looks like a Pro Bowl-caliber team. If your team doesn’t look like a list of all-stars in small leagues, you’re probably going to struggle.

What is Your Fantasy Football League’s Scoring System?

If you don’t know your league scoring, then just quit now. You’ll never win. Is your league PPR or standard? Do you know what PPR is? If you are new to the game, it stands for points-per-reception and it is often done as either a full or half-point scored when a player catches the football. It can even be a point and a half or two points per catch for tight ends in some leagues (like they do in the FFPC, for example). You need to know and understand this before you head into your draft as it makes some players better targets than others. Standard leagues, you guessed it, have no added scoring for the actual catch. Just yards and touchdowns.

As for yards and touchdown scoring, make sure you know the details. Some leagues reward four points for a passing touchdown for quarterbacks while others score it six. Yardage scoring is usually pretty universal, but many leagues do things like scoring return yards and have bonuses should a player total, say, more than 100 yards receiving in a given game. They definitely make the scoring a little more interesting but don’t overrate the bonuses too much with regards to how you draft.

What Do You Need to Know About Your Fantasy Football Team’s Roster Construction?

This is huge for drafting purposes. Is this a one or two-quarterback league? Do you start two or three wide receivers? Answering these questions will help you formulate your draft strategy and decide how to rate the value at each position. It will also help you plan out how you set your bench depth. Does it make sense to carry a backup tight end on your bench in a 10-team league? Probably not. But in a 12-team, two-quarterback league, you better make sure you have at least three QBs on your roster heading into Week 1 – possibly four if the benches are deep enough.

How Do You Acquire Free Agents and Waivers in Your Fantasy Football League?

Does your league use a basic waiver acquisition system or a FAAB (free agent acquisition budget) bidding system? If it’s waivers, is it first-come, first-served or is there a waiver priority involved? And how does that priority get reset each week? If it’s a FAAB system, how much do you have to spend, can you make contingency picks, and is there a way to pick up guys if you lose all your bids? And how is that waiver system set? You never want to be the person who says, “I didn’t know it was like that” four weeks into the season.

What is Your Fantasy Football League’s Playoff Format?

This is usually a big one as the debate between head-to-head record versus total points as a tiebreaker or even a deciding criterion to get in. Figure out who makes the playoffs and why. Top six teams? Eight? Is it based on record only? Is your league broken up into divisions? Is total points something you need to be concerned about? I used to play in a 12-team league broken up into three different divisions. All the division winners made the playoffs, then the next two best teams according to record, and then the final playoff spot went to the overall points leader of the remaining non-playoff teams. Stuff like this always causes a dust-up as the playoffs approach, so know exactly what you’re getting into from the start.

In summation, reading and understanding your league’s rules is paramount to your success. Not only will you have a more successful and enjoyable draft, but your in-season work will likely be more efficient as well. Don’t just assume you know the rules when you get that invite. We all know what happens when you assume anything.