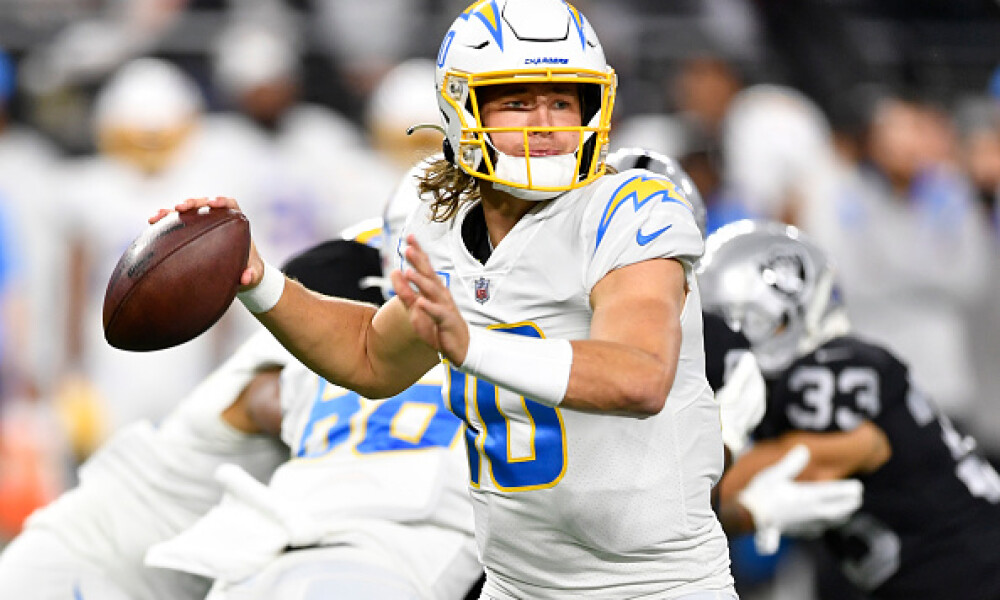 The purpose of the Fantasy Alarm Draft Guide is to be sure that you are ready for your draft, no matter what kind of draft that might be. Fantasy football has evolved into all different kinds of leagues now as people look for more ways to enjoy the game we love. It has been increasing in popularity for a few years now, but Superflex is not going anywhere! For those of you who might be unfamiliar with the term, a Superflex league is one in which it allows you to start a quarterback in your flex position. While traditional leagues allow just running backs, wide receivers, and tight ends in your flex, this added position to the flex spot brings in a world of new strategies to the game. In this article, we will go over how to set up a Superflex league, as well as some unique rules, and will finish it up with some draft strategies.

The SuperFlex League Setup and Rules

This part isn’t too complicated. The only real change here from the traditional league is that, as stated before, quarterbacks can be started in the flex spot. This is a little different from a two-quarterback league where you are required to have two quarterbacks in your starting lineup. Superflex leagues give you the option to do so, it is not required. Other than that, the setup is the same as any other league. However, if you are setting up a new Superflex league, allow me to make a suggestion. Add another flex spot, and one that doesn’t allow for a quarterback to go there. Where a lot of traditional fantasy football leagues have one flex spot, have two in your Superflex league. One that allows for the quarterback, and one that does not. That makes your starting rosters a little bit bigger and adds more strategy to the roster. Most people are going to start a quarterback in a flex if they are allowed, so adding that second flex spot keeps roster sizes comparable to traditional leagues. The more that fantasy football evolves, the more strategy and a depth of knowledge comes into play. Have the Superflex spot but have another traditional flex spot to give the advantage to those who do their homework and know how to find the gems later in drafts.

Another suggestion would be to alter the point system for quarterbacks slightly. They are the position that scores the most points, so you don’t want someone to have a huge advantage in your league by just selecting the two best quarterbacks. Don’t make it something huge, just a small change. For example, be sure that quarterbacks only get four points per passing touchdown. Some leagues use six points for any touchdown regardless of position, and this would make quarterbacks incredibly important. Perhaps make the penalty for interceptions three points instead of two, or maybe make RB/WR/TE a little more valuable by adding points for first downs. Just do something to make the quarterback slightly less important than they already are.

This is where the fun of Superflex leagues comes in. While for years those in the fantasy football industry have been telling you to wait on quarterbacks, Superflex leagues certainly call that into question. It is clear that quarterbacks traditionally score the most points in fantasy football. In half-point PPR leagues in 2021, 13 of the top 20-point scorers were quarterbacks. Derek Carr scored more points than Ja’Marr Chase, Najee Harris, and Tyreek Hill last season for crying out loud! Rookie Mac Jones outscored Stefon Diggs, Mike Evans, and Leonard Fournette! After that little exercise, I hope that you understand how important quarterbacks are. So, while in traditional one-quarterback leagues you can wait to choose your signal-caller and still get a good guy, in Superflex leagues you should act pretty quickly on your first quarterback, and then you can usually wait a little while to get your second. Some will go right away and nab their two quarterbacks with their first two picks. Unless you have an absolute gem falling to you, I usually don’t subscribe to this theory. The position is generally deep enough that there will be a quality option fall to you somewhere between rounds four and six. The top ten quarterbacks in 2021 all averaged between 20-25 fantasy points. Obviously, getting any of those guys gave you a distinct advantage. From QB12 (Ryan Tannehill) to QB20 (Matt Ryan) the average was only about four fantasy points a week. For the difference of four points a week, I am not going to rush to draft my second quarterback. I’m going to load up on running backs and receivers and get my second quarterback somewhere four or five rounds later on. Now, some Superflex drafts will be really loaded up on quarterbacks, and sometimes you have to make the move for your second one earlier than you’d like but read your draft room and act accordingly. But the important strategy of Superflex is to make the move for your quarterback so that you don’t get stuck holding the bag with a bum in your starting lineup.

How important is having a quarterback in that Superflex spot? Well, I think my rundown of the points scored in 2021 lays it out pretty clearly. However, is it worth carrying a third quarterback on your roster for bye weeks? In my opinion, yes. Based on points per game Baker Mayfield was the 25th-highest scoring quarterback with 13.85 fantasy points per week. Mayfield was tough to watch last year, and his fantasy work was less than desirable. Well, his 13.85 points per game was higher than every single receiver outside the top 10. Of the running backs who played regularly, only eight scored more fantasy points per game. So, a quarterback who was towards the bottom of the position at points per game was still better than every receiver and almost every running back. So yeah, it is important to have a third quarterback on your roster for bye weeks or even worse potential injury.

I think enough points have been made that you want to have solid quarterbacks, although not at the expense of the rest of your roster. It is important to know when to pull the trigger on your second quarterback. You could use your first two picks, but you are sure to leave the rest of your starting lineup light at other positions, especially the way that running backs are being hoarded this year in drafts. You don’t want to leave yourself with sub-par performers as your starting running backs, imagine what your bench options would be! The best thing to do is to have guys that you are targeting for your second at the position. If you are one who wants to wait as long as possible to maximize your running backs, wide receivers, and tight ends, you can use another approach, which is to identify the bottom guy that you would be happy with and wait. Once you see that player is close to getting picked, then act. This can run you into trouble because it only takes one other draftee to be targeting the same player and you are left light at the position. Timing is everything, but drafts don’t always work out like we hope, and sometimes that is a hard lesson to learn. The better strategy is to have four or five players that you target that are outside of the top 12 at the position and monitor the draft to see the best time to strike.

Superflex leagues are among my favorites, and I think will continue to grow in popularity. Hopefully, this has you set to get into a league or two like this and dominate your draft and the season. And remember we always win together as a #FAmily.