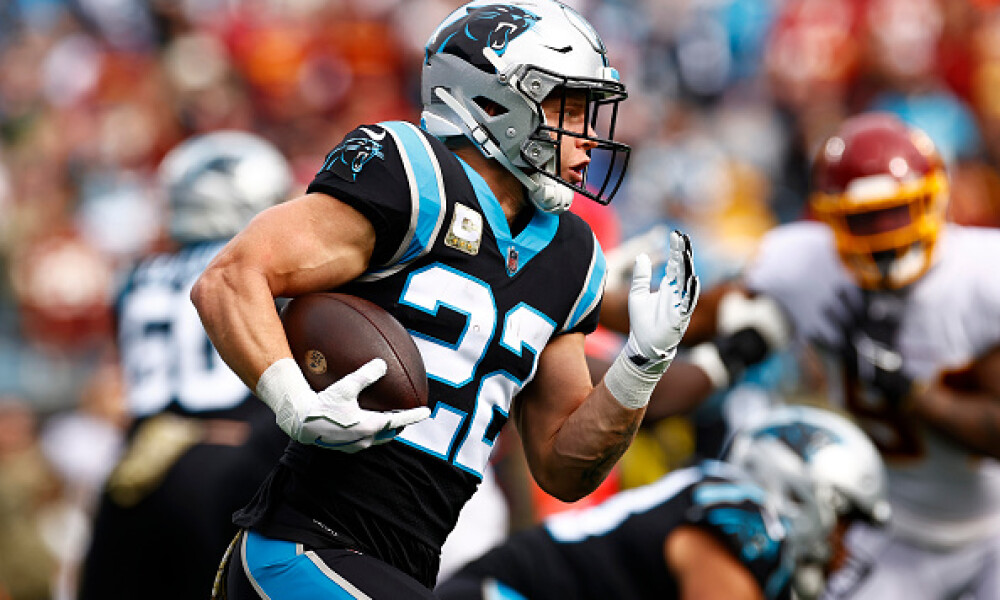 Let’s take a moment to think about fantasy football rankings. Specifically, the running back rankings. Do you ever wonder why they seem to naturally fall into tiers at certain points? But then down the stretch, they seem to be all over the place? That’s because we’ve been ranking them completely wrong for years. And that’s by trying to force a non-linear situation into one big long list. Then we go and do a fantasy football mock draft against strangers with their own leagues and their own formats in mind and we wonder why the outcome is nothing like our own league. It’s time to put that antiquated process behind us.

As we talked about at the beginning of this Najee Harris article, the glory days of the linear running back depth chart from the early 2000s is all but over. There are few true “every down” running backs. What we have nowadays are some situations where the starter gets the bulk of the work in all situations (Najee Harris), some teams will split it evenly (Javonte Williams/Melvin Gordon), and some will deploy a pass-run split (Damien Harris/James White), and various degrees of handcuffs from the handcuff+ (Tony Pollard) to the pure handcuff (Alexander Mattison). So why are we expected to simply lump them all on one list and draft that way?

Let’s say you are doing a fantasy football draft. These are the best available running backs.

None of these players are the same or even have the same role. Not only does it matter what your format is (like PPR vs. standard) but it also might matter what players you’ve already selected. Let’s say you only have one running back so far and it’s a standard league - it might be smart to take Josh Jacobs, who is a run-heavy guy with a nice floor in that format. What if it’s the same situation but full PPR? You might want Kareem Hunt. What if you already have three running backs and just want the highest possible upside stash? In that event, maybe you want Alexander Mattison who has put up huge weeks every time Dalvin Cook has been hurt (and he’s been hurt every single season). But Mattison doesn’t have much value if Cook doesn’t get hurt and maybe you want someone that can start for you in a pinch but really blows up if the other RB gets hurt? Tony Pollard is the low-floor, high upside option while Melvin Gordon is more of a steady split, who would benefit from an injury.

The mental process of drafting the right balance for your team is not a linear task. So you shouldn’t think of it that way any longer. That’s for simpletons and you are more than just a casual gamer. That’s why we are introducing our new Dynamic Fantasy rankings.

Any Zero RB drafter will tell you that you need the right mix of players. All the bellows will be gone. If you fill your whole bench with handcuffs, you won’t have anyone to start in the short term. If you only take “safe” low-ceiling guys like Josh Jacobs or Damien Harris, you won’t have the upside you need to take down the league. The goal here is to understand your format and the roster you are constructing in order to create the best possible combination of starting lineup, bye week reserves, and long-term upside.

Here is a glimpse of how the rankings will look.

Bellcows - There aren’t many “every-down backs” in the modern NFL. This group of players are the closest you are going to get to that idea. This section includes the guys that play in both running and passing-down situations and, at the very least, split the work down the middle.

Two-Down: The backfields are split and these guys are the bruisers that play primarily on run downs. Some are the “starter” that come out for a better passing-down running back and some just come in for short-yardage situations. They can still have big upside though if they have seasons like 2016 LeGarrette Blount (18 touchdowns, but only seven receptions), but they are much more viable in standard or half-PPR leagues.

Third- Down: The other half of the split. These players have pass-catching chops but many don’t have the size for the full role or simply have another back on the team better fit for short-yardage work. Best suited for PPR leagues, though some may transcend into bigger roles like Austin Ekeler or Alvin Kamara of the past.

Handcuff+: These players have another back on the team that is a starter capable of playing both run and passing downs. But they mix in often enough to provide some standalone value and could see a big boost with injury.

Pure Handcuff: These are the guys you can really only start in your league if the starter gets hurt though they could have huge upside if they get the full-time role.

Injury: These players are either injured or suspended so are strictly stash plays.

You aren’t some casual fantasy gamer anymore. You are a Fantasy Alarm member. You know what you are doing, and we simply provide the tools you need to think outside the box and dominate your league. And we’ll be there every step of the way keeping these rankings updated, chatting with you in the Discord Chat, and answering your questions on the Live Streams every Thursday and Sunday. So forget about the old way of doing things because the new wave is here. And your league-mates sitting there reading some fantasy magazine won’t know what hit em!