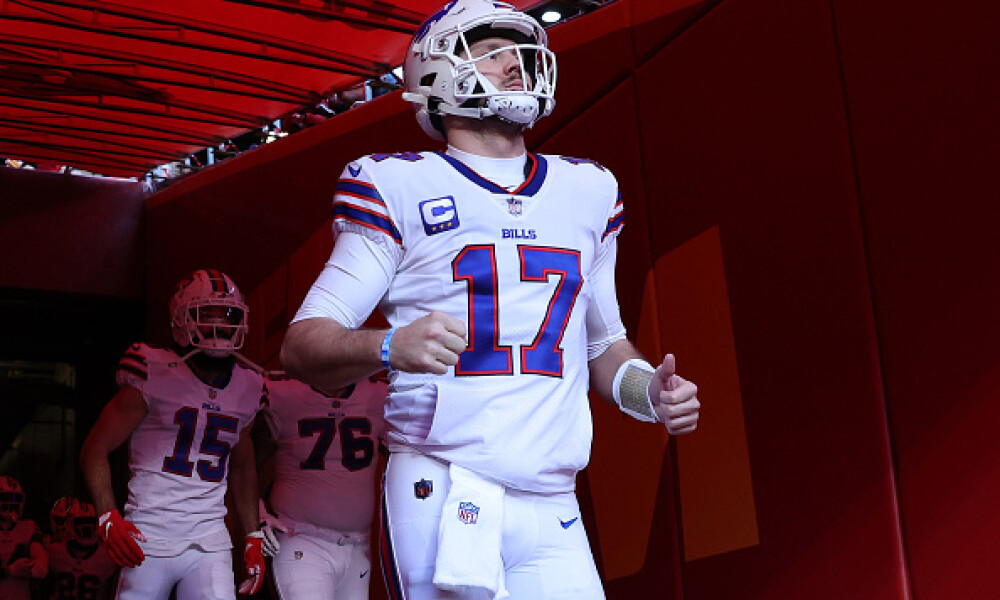 There is a myth that has been perpetuated for YEARS now to the detriment of millions of fantasy gamers. Gamers who consistently finish second or third in their leagues but have no idea why. It ruins their fantasy football rankings. It makes their cheat sheets useless. It puts the fantasy football sleepers out of reach. And that’s the myth that you should only ever draft one quarterback or one tight end in your fantasy leagues.

Quarterbacks can straight up win you your fantasy football league. When Peyton Manning threw 55 touchdown passes, you won. When Cam Newton threw 35 TDs and ran for ten more, you won. Now take a second to think back. How did folks get fantasy football sleepers like Patrick Mahomes in 2018? Or Lamar Jackson in 2019? Or Jameis Winston in 2019? You weren’t likely starting them in Week 1. Too risky. The same goes for breakout tight ends like Mark Andrews, Darren Waller, or Logan Thomas. The same honestly goes for all positions - no one was starting Alvin Kamara or David Johnson in Week 1. There were only two ways to get these players. You either drafted them as bench stashes or you got lucky on the waiver wire.

And that is what we are here to do. We want to help you break the mold. Beat the wire. No longer will you cruise through your season with a mediocre quarterback and a bench full of running backs and wide receivers that you never even use, only to get crushed by the guy who took a risk on Josh Allen. The “only one quarterback” line of thinking is over with. Linear rankings are making you worse at fantasy football. It’s time to escape that. And we’re going to help you break free of that constraint.

The thought process is simple. If you draft an elite quarterback, like Josh Allen or Lamar Jackson, you are pretty much set. You only need to worry about your bye week. If you wait at quarterback and only take one, you are likely either committing yourself to mediocrity or risking losing multiple games with a high-upside guy who flops. So even if it upsets folks (like the following tweet), our plan is to draft two quarterbacks and create a balance of upside and floor.

It’s a simple concept really. Do you want access to the rushing upside of Justin Fields but don’t want to risk starting him vs. the 49ers in Week 1 in a game that has one of the lowest over/under’s (per Vegas odds)? Take Matthew Stafford at QB12 and then Fields at QB16. Start Stafford and, if Fields blows up, pivot to the upside. These guys are going outside the top 100. You can draft a whole team first. And it works the other way too. Trey Lance is on the other side of that strange Week 1 Bears matchup, going at QB11. A guy who threw less than 325 career passes playing at North Dakota State which isn’t even an FBS school. If you take him at QB11, maybe you pair him with Derek Carr at QB14? Start Carr Week 1 against the Chargers in a shootout game that has an over/under of 52. Next week he gets the Cardinals. If Lance blows up, make the swap. At the end of the day, that’s what your bench is for, isn’t it? Improving the weak spots in your lineup? If you start your draft with three running backs and four wide receivers, you can afford to take a couple of quarterbacks somewhere in rounds 8-12. If one hits then you’ve done your job. If they both hit, now you are trading. And our new Dynamic Rankings are going to guide you through that.

We recognize that some real-life games need more than a long, linear list that isn’t helping anyone identify upside vs. floor. So we are changing how we share some rankings and how you view your drafts. Here’s a glimpse of how they will look both for drafts and throughout the season.

Standalone: If you have a quarterback from the Standalone Tier, you will very likely start them every week and you only need to plan for their bye week.

Roster Two: If you do not have a quarterback from the Standalone Tier you should be rostering two: one “Safe” tier quarterback you can trust to start for the time being. And one “Upside” tier quarterback that is a risky start right now but has potential league-winning upside if they blow up. Most quarterbacks in the "Upside" group are guys with rushing upside or are simply unproven.

Backup Stashes: The “Backup Stashes” section is how we rank backup quarterbacks in terms of both their upside and the possibility that the starter is benched at some point.

You aren’t some simpleton that just prints out the consensus or average rankings from some random site. You are a Fantasy Alarm Member. You take this seriously. So it’s time for a more sophisticated way of analyzing these players and playing this game. We are going to do our best to give you the info you need to dominate and keep these up to date and they can be found here *(insert link). And, as always, we’ll be answering your questions both on Discord and on the LiveStreams every Sunday to help get you to the top of the mountain. Folks clinging to the myths like the “One Quarterback Rule” or drafting off some antiquated list won’t know what hit them!