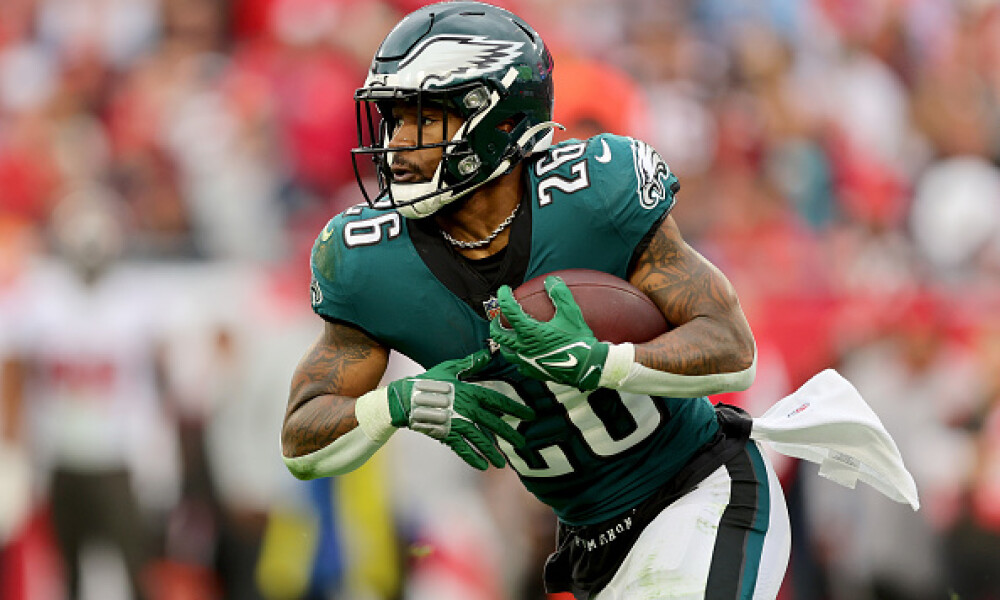 Some folks pine for the “golden era” of fantasy football in the early 2000s. A time when bell-cow NFL running backs dominated the top of the fantasy football rankings and the lack of access to news allowed us to find those sneaky fantasy football sleepers on the waiver wire. Nowadays, the NFL depth charts are split and sources like Twitter have made info more widely available than ever. Even so, I firmly believe that the greatest era of fantasy football is actually right NOW. That's due, in large part, to the emergence of daily fantasy sports (DFS), the acceptance of sports betting and gambling, and what is perhaps the “sliced bread” invention of fantasy football: Best Ball drafts. It's similar to doing fantasy football mock drafts before the season begins, but there's much more that goes into it. Let's take a closer look.

Yes, you can now cure your post-2022 NFL Draft fantasy football itch with a format that requires you to simply draft your team with no setting of lineups, no waivers, and no trades. Oh, and you could win upwards of $3 million dollars with a $25 bet.

Yes, Underdog Best Ball Mania III is now out with a $10 million prize pool. The overall winner gets $2 million, but the highest-scoring team through Round 1 also gets $1 million. That means you could win up to $3 million with one entry. That is spicy. If you aren’t signed up for Underdog yet, make sure you maximize your first deposit by either using promo code ALARM or clicking this link to get $100 in bonus credits for your first deposit. Then you can join in on the fun!

Before you do that, however, we need to address a question as old as the fantasy football Best Ball Mania Tournament itself (which is basically three years). When is the best time to join in on said fun? Considering the prize pool, the tournament has a large number of spots and it’s open for entry from now all the way through the start of the NFL season in September – assuming the contest doesn’t fill before then. So when exactly is the best time to create your lineups to give yourselves the ideal odds? Let’s examine.

“The early bird gets the worm” as they say and the same can be true in best ball. For instance, I talked about ways to take advantage of the 2022 NFL Draft last month in the “Big Board Contest" – the major best ball contest that was open prior to this one. As I discuss in the video below, the ADP for Miles Sanders was RB35 prior to the draft since folks thought the Eagles were likely to draft a running back. Well, they didn’t. And now his ADP, a mere two weeks after the draft, is already up to RB28 and climbing. There is no way to go back now and get that value if you didn’t take advantage of it before.

Here are some of the pros and cons of drafting fantasy football best ball teams early in May or June.

“Patience is a virtue” and good things come to those who wait for ADPs to settle. NFL rosters need to be cut down from 90 to 53 players, so some of these guys might not even have a job come September. You will also have far better expert opinions to work off down the road. For instance, Las Vegas sportsbooks (the experts of all experts) come out with prop bets and betting lines for NFL players' stats in August and September that are incredibly useful for fantasy football. Here are some from FanDuel that I tweeted out last August compared to ADP at the time.

Notice how low ADP was on guys like Brandin Cooks, Mike Williams, Tee Higgins, and Ja’Marr Chase compared to the Vegas lines? Yet – surprise, surprise – it was Vegas who turned out to be right. Here are some of the pros and cons of waiting and drafting fantasy football best ball teams later.

The beauty of Underdog (and a big reason Fantasy Alarm is partnered with them) is that they are fairly transparent about these contests and released last year’s data, even though they didn’t need to. Lucky for us, there are been a couple of kind folks out there in the industry who have delved into the numbers both over the past few years in best ball formats, like RotoViz’s Michael Dubner, as well as just last year’s Underdog specific data, like Establish The Run’s Jack Miller. So we actually have a pretty good idea of where to place the majority of our chips when it comes to winning these tournaments.

I encourage you to check out those two studies if you’d like. The short-and-sweet version is that the majority of the data suggests that not only do you get an advantage in terms of average points scored by drafting your team later, but there were also more teams scoring in the 99.9% percentile (and winning massive payouts) that drafted later vs. early. Now, that’s not to say that there weren’t teams that scored highly in the tournament that drafted early, but the distribution of really bad best ball drafts was concentrated more towards early drafters while late drafters also had a high concentration of better drafts. As Jack Miller suggests in his study, that is only based on one year of Underdog data – so it’s not entirely concrete, but a trend to keep in mind.

Here’s how I’m handling this situation. I do best ball drafts all throughout the year. I started doing them the moment they opened shortly after the Super Bowl. The main reason for that is that I’m personally done doing mock drafts unless it’s with a group of folks I know and trust because there are too many people out there that don’t take mock drafts seriously. So I will constantly be doing 12-man best ball leagues ranging from $5 to even $100 throughout the offseason, where the winner of that 12-man league takes the prize and it’s not a big tournament. Not only does that help me get a feel for ADP, but the 11 people drafting against you in those leagues are doing it at the same time – so there isn’t any advantage to waiting. It’s different than the tournaments where you are not only competing against the 11 people in your draft, but also against almost a half-million others drafting over the course of five months.

With that said, for tournaments like Best Ball Mania III, I’m STILL doing a couple of early drafts now as well. Like any Fantasy Alarm member reading this, I’m plugged in to what is happening right now. I think the pros mentioned above for early drafts are worth it if you are sharp enough and I believe we can take advantage of that. But at the $25 entry fee, I’m maybe doing one or two of them max per month in May or June. Because we know the numbers now and it seems to favor drafting later. So, if I decide I’m going to spend say, $300 on 12 entries trying to win $3 million, I’ll probably draft 3-4 of those teams in May, June, and July and then the remaining 8-9 will be in August and September when we have as much information as possible and the variance is lower. And, with all the best ball resources we are providing this offseason, I fully expect a #FAmily member to win BIG! Because that’s what we do!