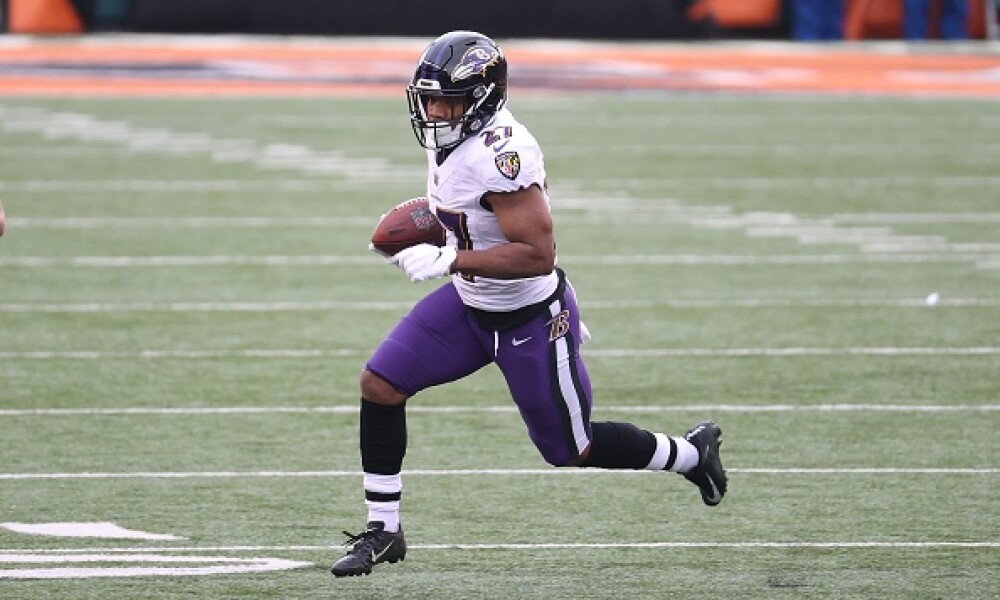 Fantasy football, and all fantasy sports for that matter, revolve around fun and sometimes confusing statistics that many use to validate their thoughts and opinions. Also, the acronyms are awesome. wOBA, WOPR, RACR, aDOT, OPS, etc. Some of those are baseball statistics, but you get the point. There are so many different stats out there, but I pull a few different stats that I use and love to help with my fantasy teams before the draft, after the draft, and during the season.

Everyone has different stats that they lean on, and here are mine below, also with a bit of a description.

Ah, the good ole two-for-one. I love pairing the two of these together to formulate an opinion or outlook on a specific signal caller. Here are some definitions/explanations:

Adjusted Completion Percentage: Per Pro Football Focus, it “accounts for factors that hurt the passer's completion percentage but don't help show how accurate they are. It accounts for dropped passes, throw aways, spiked balls, batted passes, and passes where the QB was hit while they threw the ball.”

In case you were curious, here’s the calculation:

As for aDOT, if you are chasing upside, look for guys that throw the ball downfield, because that is where the magic happens. A lower aDOT isn’t bad, but it’s going to take more things to happen, like broken/missed tackles for a particular QB to hit the upside. Now, if a quarterback isn’t efficient with those throws downfield, it might not mean much. Carson Wentz struggled last year, but he had the third-highest aDOT in 2020, but with a better supporting cast in 2021, that elevated aDOT could mean fantasy magic…

You can find both of these statistics at profootballfocus.com.

Why would I care about a stat that is subjective to an extent? I can watch a game and see that Nick Chubb breaks a lot of tackles and is hard to bring down, so he obviously has a high elusive rating. It still has merit though. Once the season starts, Chubb isn’t going to be a guy who is going to be available. Finding diamonds in the rough here is key.

Per PFF, “The PFF "Elusive Rating" distills the success and impact of a runner with the ball independently of the blocking in front of him by looking at how hard he was to bring down.”

Now, you can’t take this fully to heart without a bit of a deep dive. This metric does favor a smaller workload, because more missed tackles on fewer carries will result in a sky high elusive rating. This metric in particular is why a ton of people were excited for A.J. Dillon if Aaron Jones wasn’t coming back to Green Bay. Of running backs with at least 40 carries last year, no one had a higher elusive rating than Dillon (133.7). Only Dillon and Chubb (130.0) had marks above 100.

Again, this metric can be a bit subjective at times, because guys that are hard to bring down will score well here, but this is a great first look at finding a potential steal on waivers or in your drafts for someone that could pad their stats by gaining extra yards with missed tackles. For example, following the same parameters above, you might be surprised to find out that Mike Davis ranked in the top five, or that Wayne Gallman and Jordan Wilkins had a higher elusive rating than Antonio Gibson, Jonathan Taylor, and Ezekiel Elliott.

Lastly, take a look at breakaway percentage for a running back. This could indicate a very easy sell high player during the course of the season. If the majority of their fantasy points are coming from breakaway runs, they could be a minimal producer when the run of big plays ends. It does take some context though to accurately identify it, so here are two examples:

Good: J.K. Dobbins’ 43.2 percent breakaway percentage may seem high, but it’s not as bad as you think. If you remove the yardage he accrued from his 12 runs that were 15+ yards, he still averaged 3.75 yards per carry.

Bad: 47.5 percent of Carlos Hyde’s yards in 2020 came from his eight runs that resulted in 15 or more yards. If you remove those carries, he averaged 2.56 yards per carry.

In this instance, the longer runs accentuated Dobbins’ play and elevated his floor, whereas the longer runs for Hyde were his bread-and-butter. He was nothing without them.

You can find both of these statistics at profootballfocus.com.

Last year, our own Andrew Cooper pointed out WOPR, which is a great statistic for receivers. It’s arguably one of my favorites to look at as well, but another one to be privy of is RACR.

To put it in its simplest terms, Josh Hermsmeyer came up with this metric that allows us to determine how much of a receiver’s air yards he converts into actual receiving yards. High catch rates and yards after catch will affect this, but furthermore, where the targets are at on the field drives it home, too.

Using the RACR metric, the hype surrounding Laviska Shenault seems real. His 1.22 RACR was the highest amongst receivers with at least 50 targets in the 2020 season. He now gets Trevor Lawrence, who should be better than Gardner Minshew, and adds validation to the fact that Shenault takes that second year jump.

Additionally, Cooper Kupp, remember him? With Jared Goff under center in 2020, Kupp posted a 1.21 RACR, and was one of just three receivers (Kupp, JuJu Smith-Schuster and Davante Adams) to have at least 120 targets and post a RACR above 1.00. Now, he gets Matthew Stafford and looks to be a massive value this season.

In the beginning of the year, with a small sample size, this metric could be a bit skewed, but as the season progresses, this metric becomes more and more imperative. As the year goes on, check a player’s RACR to see their conversion rate and how effective they are.

This metric can be found at rotoviz.com.

If you miss on the big tight ends, you might not be working with a ton of volume, so you need to look at the tight ends that get the targets that matter, a la potential touchdown targets.

Look at end zone targets. These balls that are caught result in touchdowns, since the tight end is already standing in the end zone! This stat is so helpful because not only can it point to touchdowns in the present, but also who could experience some touchdows progression/regression.

Hunter Henry had ten end zone targets last year, but resulted in just three touchdowns. There is some concern with his quarterback play this year, but keep that in mind for someone who should have better luck in 2021. On the other hand, Robert Tonyan had eight end zone targets, and seven of them went for touchdowns. Regression? I think so. Can he do it again?

Leading up to your draft and even during the season, be sure to check this stat out, because it can point you to potential upside at the game’s most fickle position.

In conclusion, if you have your own favorite stats, USE THEM! These are just some of the ones that I like and find great value in. Be sure to give me a follow on Twitter (@colbyrconway)!