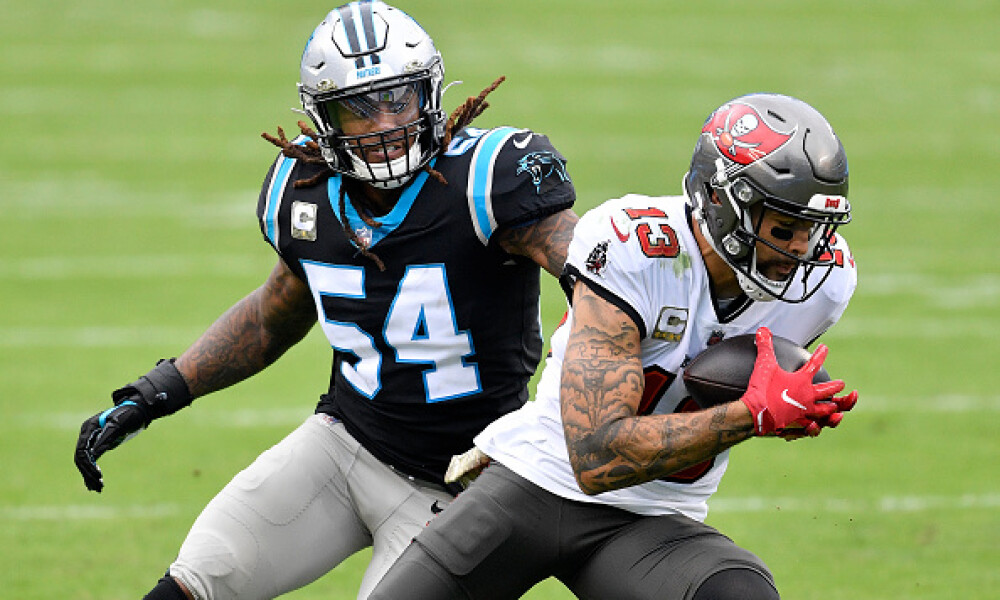 What could be better than more football?

The obvious answer to our very rhetorical question, is not much. This is especially true in the sporting realm, as let’s be honest, the summer has barely started and we have already obsessed about, updated, changed, revised, and changed back our draft boards. And that was just last week.

Each season is its own individual entity, but at the root of all things, aside from specific scoring or roster settings, fantasy football has remained consistent over the years. That is because until this year, the structure of the NFL season hasn’t changed.

16 games over 17 weeks for NFL teams followed by playoffs and 13 weeks of regular season action followed by three weeks of playoffs in the fantasy football world is what we are used to. We know that Week 17 is often a joke from the fantasy perspective as teams have already locked up their playoff spots, or lack thereof, with a just a few match-ups of note while the majority of teams have had their fates already decided.

I hate to use cliches but fantasy baseball is a marathon while fantasy football is the 100-meter dash. Both are great in their own right, but we all know what is being shown in primetime. You are always left wanting more on the football side, but by the time September comes around fantasy baseball players are just relieved the season is over. That doesn’t mean that one is better than the other, they are just different.

This season, fantasy football will now be more of a 110-meter dash as an additional week was tacked on to the regular season. As a fan, euphoria is going to be the common response, but the responsible fantasy football manager will want to investigate further.

What are the ramifications of this from a fantasy perspective and how should we be preparing?

Once you stopped celebrating, the initial thought will be to react. But should it be? We don’t want to react just to say we are doing something, but at the same time we can’t leave any stone unturned in our preparation.

The initial inclination is that it is a lift and shift. Everything we thought about Week 17 and the manner in which we handled it (hopefully not at all) now moves to Week 18 and we go on our way back to dissecting every piece of news out there. But if that was the case, would there be an article dedicated to it?

At a high level, Week 18 does take the place of Week 17 as being meaningless. The ultimate work to be done though is what do we make of the extra week of football we are now gifted with?

The length of the fantasy football season is now extended by a week so that means we can and need to adjust our pace. Ultimately this doesn’t mean we can relax, call it a marathon and exercise patience (we are still talking about just one extra game), but our sense of urgency does slightly decrease.

There is a large amount of variability on a weekly basis in play so extending the regular season by another week does help to decrease some of that, but it will still be a large part of our game. We need to take that into account here and essentially push any decision making back a week from when it would have previously taken place. At some point in the season, whether it comes due to injuries or bye weeks, you are often forced to make a lopsided trade in week eight or nine for what feels like a must win game. Knowing that anything can happen, we now have an extra week to play with before making those decisions.

A vital component of fantasy success comes from the waiver wire as the team you start the season with is not the same team you take into the fantasy playoffs. Forget about adjusting for poor performances, we never know when injuries are going to strike and they don’t take any weeks off. With the extra week now in play we aren’t going to get an increase in our FAAB budget and the last thing you want to do is get into the playoffs and be broke.

Depth is also going to be more important than ever, and that was the case prior to the extension of the regular season as it seems that injuries just continue to appear. Not only is this the case for your fantasy team, but NFL teams are now built the same way, just with different motivations. We want to get all of the production we can on a weekly basis but there is also the ability to churn rosters, while NFL teams have to make due with a finite set of resources. Their goal is to make the playoffs, and liberties will be taken to make sure they get there.

The playoffs will look different though in the NFL now as there is now just one bye available per conference. Seeding will continue to be important, but teams will look, probably now more than ever, to preserve the health of their players through a long season.

With the season now extending an extra week, weather will become more critical than ever to navigate based on the time of year we are talking about. As you plan out your roster, this is something additional to keep in mind as players playing in favorable situations (domes and warm weather) should get pushed up slightly.

No one is ever going to complain about getting more football. We are all fans and this is a good thing. We are also responsible fantasy football managers and this also gives us a new set of facts and information to consider. There is no need to go overboard here and tear the white board off the wall and re-do it, but this does give us another set of facts to consider and build into our strategies.