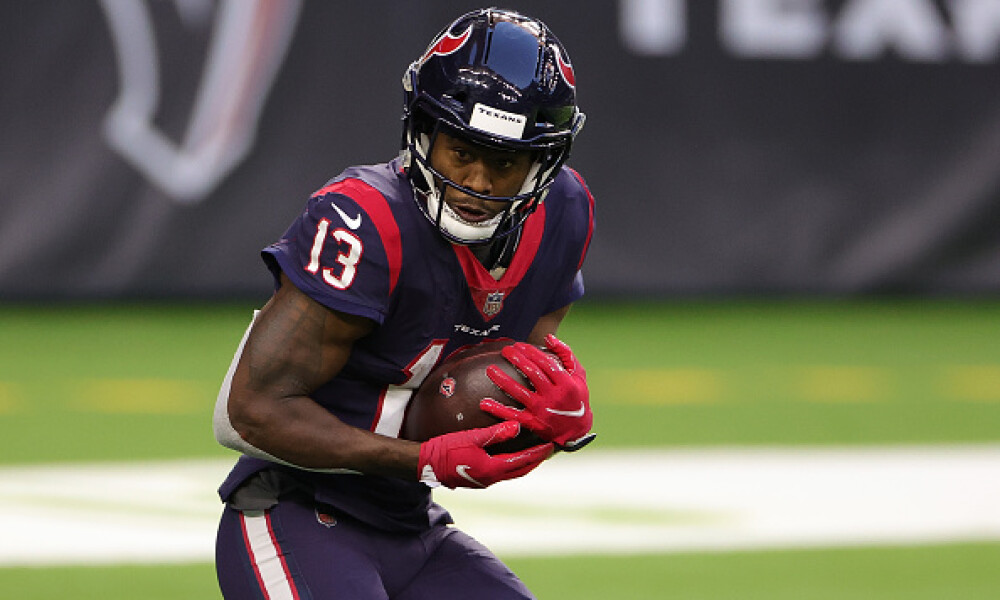 Being a Houston Texans fan has been a roller coaster of emotions in recent seasons. Saying it has been a whirlwind just might be a massive understatement. Gary Kubiak wins playoff games in 2011 and 2012 (more on 2012 coming soon), and after a 2-11 start in 2013 is no longer the coach. Two years later, he wins a Super Bowl in Denver. Because, of course.

Kubiak walks out the door and in comes Bill O’Brien. As the years went on, things soured with O’Brien and he left the team in shambles. Sure, O’Brien won four division titles and won more games than he lost, but roster mismanagement led to his demise. Also, Jack Easterby is still there, and I’ve given up on wishing him out.

So, what is there to make of the team this year? Division champs? Conference champs? Super Bowl championship? You can’t rule anything out, because you know, any given Sunday.

The writing on the wall points to a likely outcome, but I’ll let you determine that for yourself.

So, how is the offense shaping up? Well, there’s likely to be no Deshaun Watson under center, which leaves things up to TyRod Taylor and rookie Davis Mills who played like three games in college. Let’s just say the personnel doesn’t lend itself to being a quick-strike offense. TyRod Taylor’s best year as a starter resulted in 3,035 passing yards with 20 touchdowns back in 2015. He averaged just 27.1 pass attempts per game that year, but he had the benefit of a league average defense. That likely won’t be the case this year.

Offensive Coordinator Tim Kelly has said they want to run the ball. Kelly also said they need to run it better. Head Coach David Culley is coming from Baltimore, which everyone knows is the league’s most run-heavy offense. Money talks right? Only four teams have more money tied into the running back position than Houston, and it’s the Titans, Cowboys, Giants and Broncos. Houston is going to run the football a lot, but I believe Phillip Lindsay will be the most lucrative from a fantasy perspective.

When Houston gets down, which in some games won’t take very long, and they have to throw it, there’s a couple intriguing weapons in fantasy, thanks to how late they are going.

The first of which is Brandin Cooks, which you can read an awesome player profile about him from yours truly right here. Shameless plug, I know.

The next name I’m looking at is Nico Collins. A lot of people said Kenny Golladay was a reasonable comparison from a metrics perspective and he’s the big body receiver that Houston has missed since O’Brien traded DeAndre Hopkins to Arizona. At the very least, his presence will be felt in the red zone, but with Houston prioritizing youth this season, or at least expecting to do so, Collins should get a lot of reps, and if it were up to me, he’d start opposite of Cooks. Collins’ average draft position has crept up as the preseason went on, but the reports from camp have been glowing, and he’s made a couple nice plays in preseason contests.

No tight end on this roster can be counted on as a weekly starter, but Jordan Akins makes for an interesting dart throw in best ball formats and deeper setups. Also, keep an eye on the athletic rookie Brevin Jordan.

Last year, the defense was absolutely atrocious. They got no pressure on the quarterback and it constantly seemed as if receivers were running free every play. Don’t even get me started on the fact that the corners routinely played 10 yards off the opposing receivers EVERY DAMN PLAY. Absolutely infuriating.

The defense couldn’t stop a nose bleed in 2020 and they couldn’t force a turnover even if you locked them inside a bakery! Lovie Smith’s Tampa 2 defense prioritizes turnovers, and while it has happened in the preseason, that doesn’t necessarily mean it will translate to the regular season.

On defense, there are a couple names I’m monitoring, as a fan and as a guy in a couple IDP leagues.

I have been loving the comments Ross Blacklock has made about his play in Smith’s style of defense. After a disappointing rookie season, Blacklock should make big strides up front for this defense. In two years at TCU, Blacklock had 15.5 tackles for loss and 5.5 sacks, and it would be great to see him play the way that endeared him to many scouts as he was coming out of TCU.

Houston needs to generate pressure on the quarterback, and Charles Omenihu and Jacob Martin will be expected to be primary contributors here. Martin made a couple splash plays last year, but he just needs more snaps on the field. He’s a bit undersized, so he was viewed as a bit of a liability in run defense, but he’s packed on a bit of weight to help with that. He should maintain his speed, so I’m not worried about that. In 29 career games with the Texans, Omenihu has seven sacks and 21 quarterback hits. I’m ecstatic for these two this year.

In the secondary, more snaps to Lonnie Johnson Jr. instead of Eric Murray will be welcomed by yours truly. Also, literally anyone but Vernon Hargreaves at cornerback will be welcomed with open arms by yours truly. However, the only benefit to Hargreaves being on the field is that you have an easy plug-and-play guy in DFS each week. Whomever is expected to line up across from Hargreaves is someone you want in your lineup.

Overall, there’s three viewpoints you have for the Houston Texans this season:

If you think the Texans are going winless in 2021, you’re a pessimist and I don’t want your negativity! Get it outta here! Anything can happen on any given Sunday!

It might not happen on 17 Sundays, but come on, any one Sunday is definitely in play. Maybe even two…